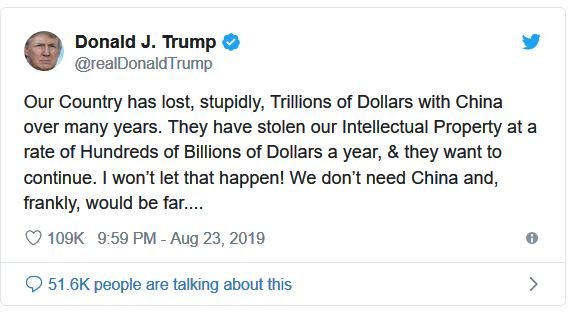 USA raises tariffs to 30 per cent on US$250 billion of Chinese imports, China announces fresh tariffs on US$75 billion of US products

Donald Trump calls Xi Jinping an ‘enemy’ after China announces fresh tariffs on US$75 billion of US products. Beijing will raise tariffs on items originating in the US from 5 per cent to 10 per cent in two batches. Trump responded by ‘ordering’ US companies to look for alternatives to China and referred to Xi as an ‘enemy’

US President Donald Trump lashed out at Chinese President Xi Jinping on Friday, framing his counterpart as an “enemy” after Beijing said it would go ahead with tariffs of as much as 10 per cent on US$75 billion worth of American products. The moves were the latest escalation in a trade war that has dragged on for more than a year.

China said it would raise tariffs on items originating in the US from 5 per cent to 10 per cent, and the new duties would be implemented in two batches – the first from September 1 and the second from December 15. The duties – announced and then suspended earlier this year – are in response to Washington’s plan to slap 10 per cent tariff on US$300 billion worth of Chinese imports.

Trump responded to the tariff news with a barrage of Twitter posts by asking, rhetorically who was “the bigger enemy” – US Federal Reserve Chairman Jerome Powell or Xi. Trump also reiterated a list of grievances about China and ordered US companies “to immediately start looking for an alternative to China”. He added that he would “be responding” to China’s new tariffs later on Friday.

According to the State Council’s Customs Tariff Commission, the added duties will apply to goods including include soybeans, beef, pork and crude oil. Twenty-five per cent tariffs on American vehicles and car parts would take effect from December 15, up from the 5 per cent now in place.

White House trade adviser Peter Navarro said China’s reaction was “well anticipated” but would only “strengthen the resolve of this president”.

“And they signal once again to the American public that China wants to buckle our knee so that they can keep having their way with us,” Navarro, a driving force behind the administration’s tough line on Beijing, said on CNN.

Our Country has lost, stupidly, Trillions of Dollars with China over many years. They have stolen our Intellectual Property at a rate of Hundreds of Billions of Dollars a year, & they want to continue. I won’t let that happen! We don’t need China and, frankly, would be far.... 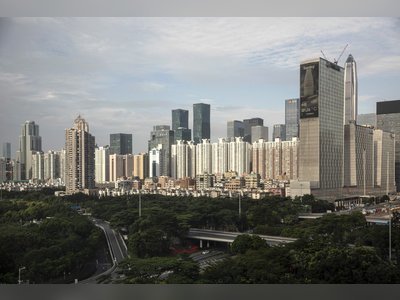 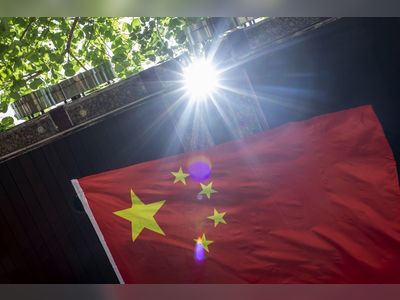