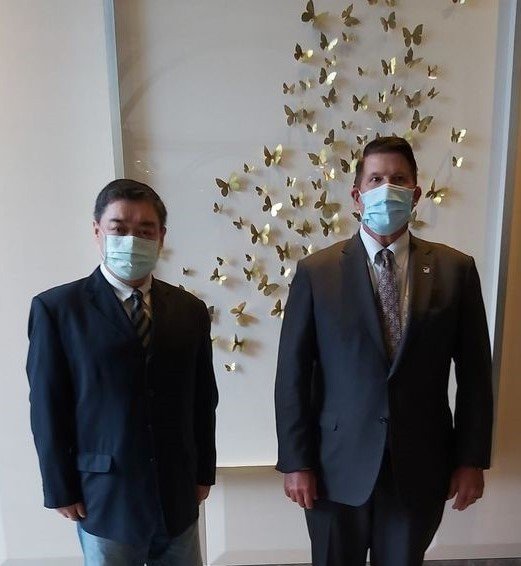 Lam told CNA he had asked the U.S. officials to assist students who had fled Hong Kong and were staying in Taiwan. The bookseller said the officials had told him they were willing to help the students move to the U.S., but without providing details.

Officials from the Cabinet-level Mainland Affairs Council (MAC) reportedly also visited the U.S. delegation to discuss the same topic, but they were unwilling to confirm any details, according to CNA.

On his Facebook page, Wu’er Kaixi said he had broached subjects ranging from the situation in Xinjiang and Tibet to the need for more respect for Taiwan. He was speaking to a group that included Robert Destro, assistant secretary of state for democracy, human rights and labor, Kelley Currie, ambassador-at-large for global women’s issues, and Randall Schriver, former assistant secretary of defense for Indo-Pacific security affairs and a frequent visitor to Taiwan.
#Facebook
Add Comment