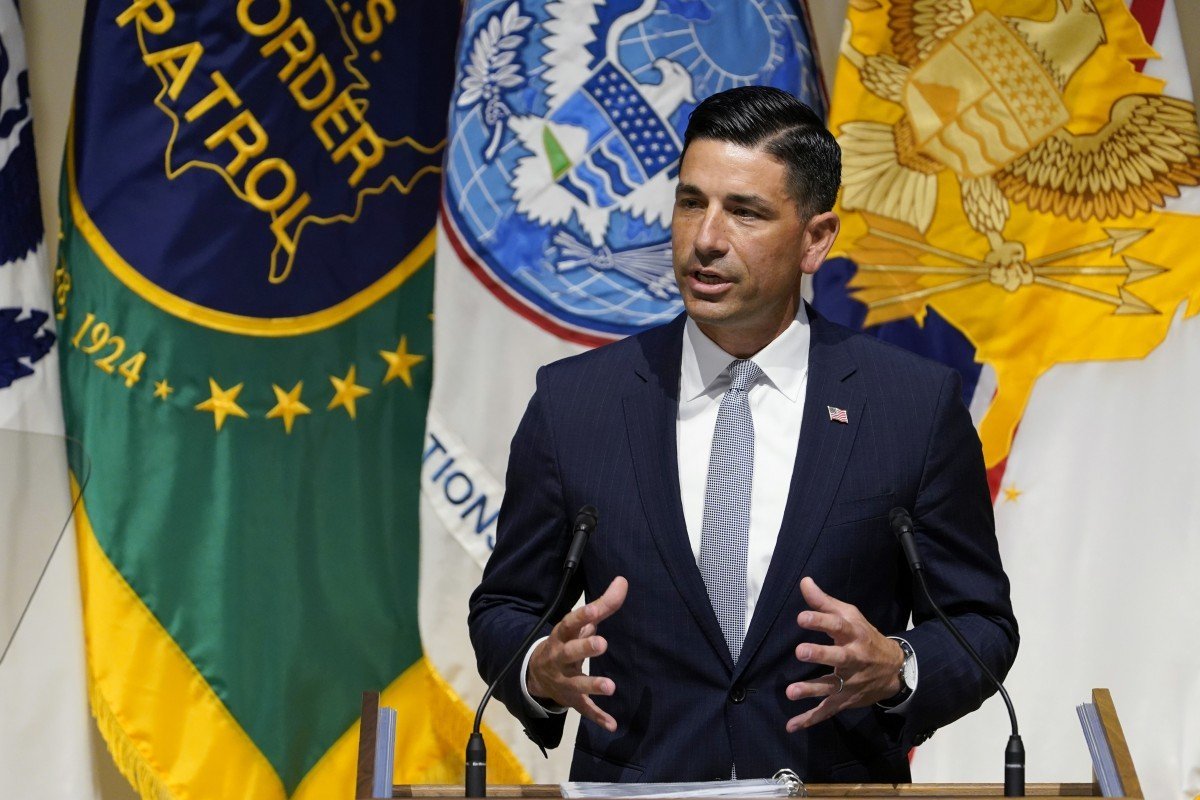 US to halt visas for some Chinese graduate students and researchers

Acting Homeland Security head says move is intended, in part, to prevent the theft of sensitive research.
The United States is blocking visas for some Chinese graduate students and halting imports of the country’s “goods produced from slave labour” as part of Washington’s efforts to counter suspected espionage activity and human rights violations, a senior government official said on Wednesday.

Chad Wolf, acting head of the US Department of Homeland Security, said in a speech full of praise for US President Donald Trump’s policies that the moves were needed for specific objectives like stopping the theft of Covid-19 research and trade secrets and countering Beijing’s “commitment to remake the world order in its own authoritarian image”.

“We are blocking visas for certain Chinese graduate students and researchers with ties to China’s military fusion strategy to prevent them from stealing and otherwise appropriating sensitive research,” Wolf said, adding that the US was also “preventing goods produced from slave labour from entering our markets, demanding that China respect the inherent dignity of each human being”.

Wolf’s comments follow a recent string of US Justice Department indictments of Chinese researchers in America accused of hiding their status as active duty members of China’s People’s Liberation Army (PLA). Some of those charged were allegedly caught trying to leave the country with research.

While Wolf did not refer to China’s internment of Uygurs and other ethnic Muslims in the Xinjiang Uygur Autonomous Region (XUAR) when he mentioned blocking goods produced by slave labour, his comments come amid expectations that the Trump administration will announce restrictions on imports of Chinese-made textile and apparel products.

The expected mandate, known as a Withhold Release Order (WRO), would not be an actual import ban, but goods subject to a WRO would have to be re-exported or destroyed if US Customs and Border Protection determined that they were made with forced labour.

Against a backdrop of rising concerns over the transfer of US technology to China’s military, Washington had been signalling for months that restrictions were in store for Chinese students.

Trump announced in May that allowing the entry of mainland graduate students and researchers associated with the PLA “would be detrimental to the interests of the United States” and “should be subject to certain restrictions, limitations and exceptions”.

Reuters reported on Wednesday that some Chinese students enrolled in US universities said they had received notice from the US embassy in Beijing or US consulates in China that their visas had been cancelled.

Nearly 50 of them, including postgraduates and undergraduates, said in a WeChat discussion room that the notices said they would have to apply for new visas, according to Reuters.

Since Trump’s proclamation in May, more than a dozen people, many of them mainland Chinese researchers, in the US have been indicted on federal charges of hiding their PLA affiliation.

Some of the cases tie the defendants to China’s National University of Defence Technology, including that of Guan Lei, a University of California, Los Angeles researcher alleged to have concealed digital storage drives from the FBI.
#Donald Trump  #COVID-19  #Covid
Add Comment