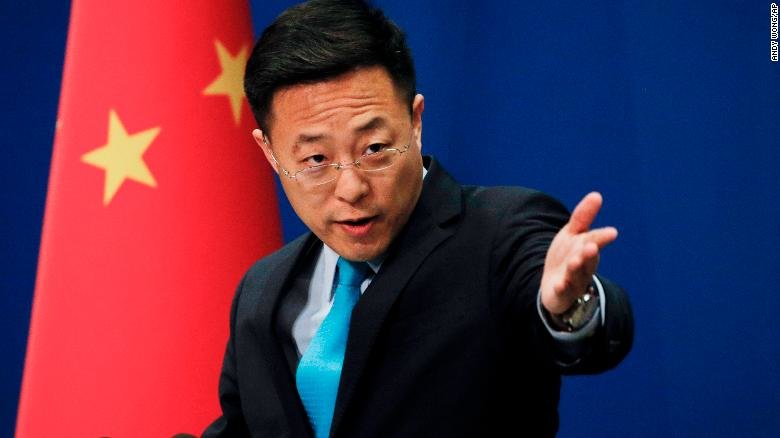 US Assistant Secretary of State David Stilwell summoned China's ambassador in Washington to the State Department Friday morning, hours after a prominent Chinese official suggested that the US military may have been responsible for bringing the coronavirus to Wuhan, the epicenter of the global pandemic.
That claim was publicly promoted by China's Foreign Ministry spokesman Zhao Lijian on Thursday, who pointed to remarks made by Centers for Disease Control and Prevention l director Robert Redfield as proof of a growing conspiracy theory that the coronavirus did not originate in central China, as previously thought, and may have been brought there by the US Army.

"CDC was caught on the spot. When did patient zero begin in US? How many people are infected? What are the names of the hospitals? It might be US army who brought the epidemic to Wuhan. Be transparent! Make public your data! US owe us an explanation!" Zhao tweeted to his more than 300,000 followers.

During Friday's meeting, Stilwell gave a very "stern representation" of the facts to the Chinese ambassador, who was "very defensive," a senior State Department official told CNN. Stilwell did not issue any threats, but the two diplomats had a frank diplomatic discourse, the official said.
#Coronavirus
Add Comment