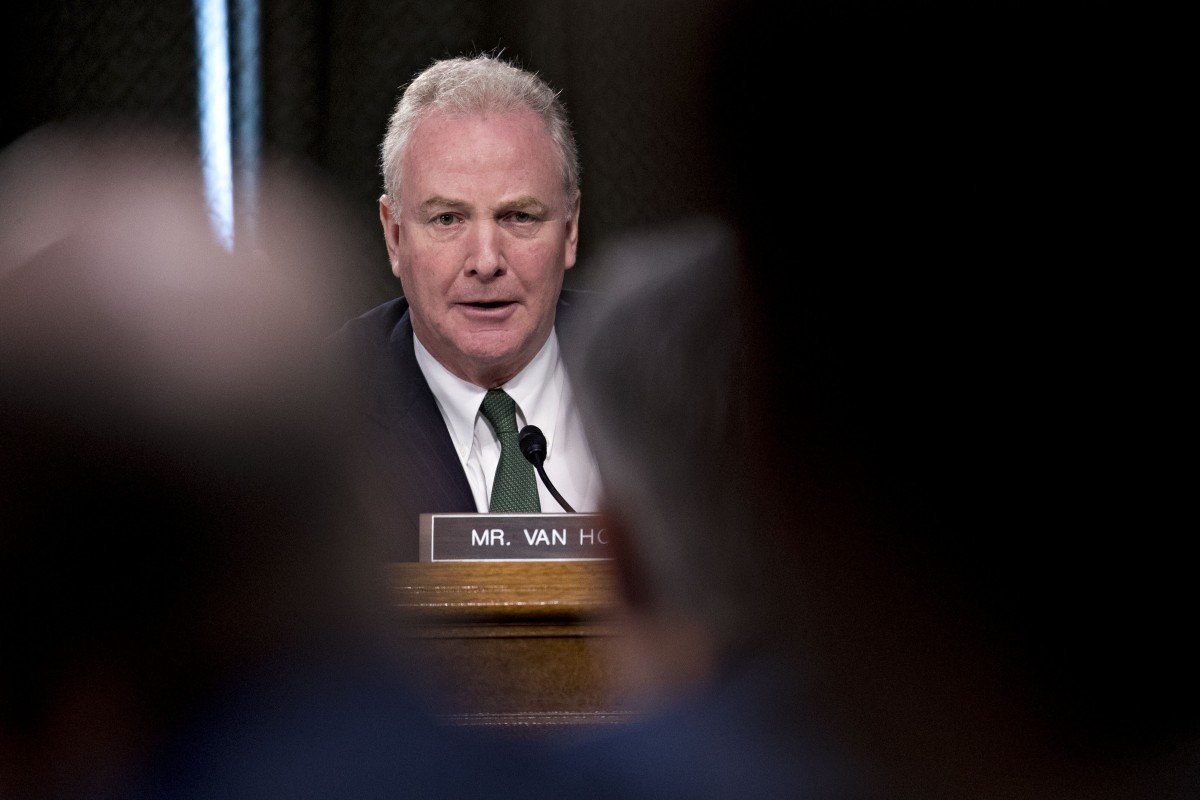 Proposed legislation seeks to punish individuals who curb city’s freedoms and is response to controversial national security law put forward by Beijing. Trump says White House will ‘do something’ about Hong Kong issue by end of week

Lawmakers in the United States on Tuesday hoped to ratchet up pressure on Beijing over moves from the Chinese government to crack down on Hong Kong’s autonomy, even as President Donald Trump told reporters his administration would soon “do something” about the situation.

US senators have proposed a bill that would allow for sanctions against anyone with a role in violating “China’s obligations to Hong Kong under the [Sino-British} Joint Declaration and the Basic Law”, and on banks who do business with them.

The bipartisan “Sanctions Bill to Defend Hong Kong’s Autonomy” is the work of Democratic senator Chris Van Hollen and Republican senator Pat Toomey, and is in response to what Toomey’s office calls “increasingly brazen interference from the Chinese Community Party”.

The bill’s proposal follows a new national security law for Hong Kong put forward by Beijing last week that would ban treason and other perceived offences in the city.

The Chinese government’s move was met with widespread dismay and alarm in Hong Kong, a city that has already been roiled this year by massive pro-democracy protests, as well as the coronavirus pandemic.

Democratic lawmakers in Hong Kong have said that the Chinese law would effectively spell the end of the “one country, two systems” model under which the city is governed.

“The communist regime in Beijing would like nothing more than to extinguish the autonomy of Hong Kong and the rights of its people,” Toomey said. “This bipartisan legislation will impose strict sanctions on those who undermine Hong Kong’s autonomy or contribute to the erosion of basic freedoms and rights enjoyed by the people of Hong Kong.”

The American bill is seen as a kind of follow-up to another law passed last year – despite multiple warnings from Beijing – that would strip Hong Kong of its valuable special trading status with the United States if it is no longer considered autonomous.

The newly proposed legislation goes many steps further, creating a clear legal pathway for comprehensive US sanctions on a range of targets perceived in having a hand in cracking down on the city: from Hong Kong police to Chinese officials and – crucially – the financial institutions that do business with them.

In another key difference, the bill will effectively circumvent any opposition from Trump, allowing Congress to vote to override the White House if the president waives any sanctions against individuals.

While Trump has taken a hard line against China in public, especially around the country’s handling of the coronavirus and a perceived trade imbalance, he has so far proven reticent to take concrete action in defence of Hong Kong, including delaying a widely-anticipated decision to certify Hong Kong’s continued autonomy.

But there are signs that inaction from the White House may be coming to an end. Speaking to reporters on Tuesday, the president signalled that he would be taking a tougher line with Beijing over its handling of Hong Kong.

When asked if he was prepared to use sanctions against China over the issue, Trump said: “We’re doing something now. I think you’ll find it very interesting … It’s something you’re going to be hearing about … before the end of the week – very powerfully.”

Lawmakers meanwhile are hoping that their bill can pass quickly and lead to concrete sanctions in time to dissuade Beijing from its current course.

“I urge the Senate to take up this bill immediately – it’s clear we have no time to waste … We want to make sure that we’re squeezing those individuals who are at the heart of these decisions to deprive the people of Hong Kong of their right,” Van Hollen said on Tuesday.

“In many ways, Hong Kong is the canary in the coal mine for Asia,” Toomey said. “Beijing’s growing interference could have a chilling effect on other nations struggling for freedom in China’s shadow.”