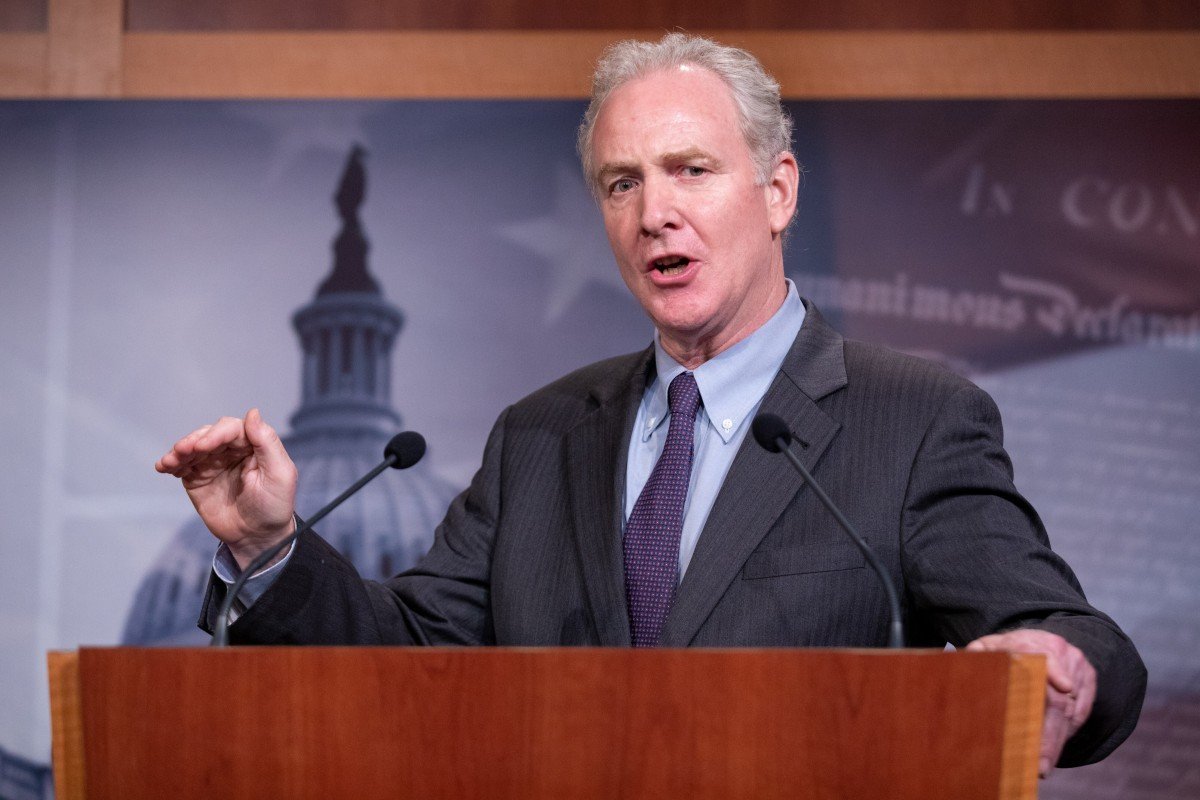 Proposed congressional actions involving Hong Kong are ‘more symbolic than substantive’, an analyst says. Measure now goes to House of Representatives for debate on its own version of the legislation

The US Senate approved legislation on Thursday that would strengthen the US government’s ability to sanction those violating China’s commitments to Hong Kong under the Sino-British Joint Declaration and the Basic Law.

Introduced by Senator Chris Van Hollen, Democrat of Maryland, the Hong Kong Autonomy Act passed via unanimous consent, which is used to pass legislation not considered controversial. Its passage came after a Republican senator had blocked the bill on Wednesday, citing a request by the White House for technical amendments.

The bill is a response to moves by Beijing to impose a new national security law over Hong Kong, a move that critics fear will effectively ban all opposition activity in the city. Beijing has not yet released the full details of the legislation, which is expected to pass by June 30.

As well as punitive measures against individuals, the Hong Kong Autonomy Act requires sanctions against any foreign financial institution that knowingly conduct “significant transactions” – as defined by the US Treasury – with the designated individuals.

Late-stage amendments to the legislation included requiring that the secretary of the Treasury be consulted in the processes of identifying foreign persons to be sanctioned, and also transferring the authority of identifying the foreign financial institutions from State Department to Treasury.

A Democratic Senate aide familiar with the matter said the amendments were consistent with previous sanction laws.

Notwithstanding the delay brought about by the changes, the bill was approved by the Senate uncommonly quickly, just over a month since it was introduced in late May.

“The speed of this legislation was one thing that really caught my attention,” said Kurt Tong, who served as the US consul general to Hong Kong and Macau before retiring a year ago. “And then, of course, the secondary sanctions aspect, which has a lot of financial institutions worried about how they would be applied.”

“The Senate’s push to do this legislation very quickly reflects a sense that the National People’s Congress in China is pushing very very quickly to rush through the National Security Law in a rather extraordinary way both in terms of procedure and speed,” added Tong, who is now a partner at The Asia Group, a Washington-based consultancy.

It now falls on the House of Representatives to pass its own version of the legislation, which was introduced this month by California Democrat Brad Sherman and Florida Republican Ted Yoho. Any discrepancies between the two versions must be reconciled before it can be signed into law by US President Donald Trump.

Hong Kong Democracy Council’s Samuel Chu, who has been involved in drumming up support for the bill on Capitol Hill, said it was most likely that the legislation would be ultimately moved as part of the annual National Defence Authorisation Act rather than as a stand-alone bill, given the shrinking amount of time left on the congressional calendar as election season looms.

Senate passage comes seven months after Trump enacted the Hong Kong Human Rights and Democracy Act, legislation that called for greater scrutiny of the state of freedoms in the city, and required that the US sanction entities deemed responsible for the erosion of its autonomy from mainland China.

Speaking on the Senate floor on Thursday shortly before his bill was passed, Van Hollen acknowledged that the Trump administration already had authority to sanction Chinese entities, but argued that further pressure was needed from Congress to push the administration to act.

“Despite some statements from the secretary of state [Mike Pompeo], this administration has still taken no action,” said Van Hollen, calling for the House to pass the measure and for Trump to enact it and swiftly implement its “expanded sanctions”.

While the Trump administration has not yet announced any sanctioning actions against Chinese entities as provided by the Hong Kong Human Rights and Democracy Act, it has vowed to begin dismantling the special privileges it affords Hong Kong, after Pompeo’s determination last month that the city was no longer sufficiently autonomous from China.

The Hong Kong Autonomy Act describes the sanctions as “mandatory”, but it provides authority to the US president to waive sanctions under certain circumstances.

Analysts including Robert Daly, director of the Wilson Centre’s Kissinger Institute on China and the United States, questioned whether the Senate bill would lead to any fundamental change in the way Trump or Beijing are driving the bilateral relationship.

“The Hong Kong Autonomy Act, should it become law, will annoy, but not deter, Beijing,” Daly said. “The scale of mutual annoyance between Washington and Beijing, furthermore, is oceanic, and an act of this sort won’t increase the size of the swells.

“Capitol Hill is expending a lot of energy calling out every odious policy of the [Chinese Communist Party],” he said. “That’s a game of chase in which China will always be in the lead.”

In light of recent revelations in former national security adviser John Bolton’s memoir indicating Trump’s willingness to park matters of human rights for the sake of protecting his trade deal with Beijing, the proposed congressional actions around Hong Kong were “more symbolic than substantive”, said Andrew Mertha, director of the China studies programme at the Johns Hopkins School of Advanced International Studies in Washington.

Trump recently admitted to holding off on sanctions against China over another human rights issue – the internment of ethnic minorities in the country’s northwest – because of trade negotiations with Beijing.

“The political institutions in the US have utterly abdicated their responsibilities with regard to Hong Kong,” Mertha said. “Since most Americans do not care about foreign policy, this will not be a campaign issue. This leaves the business community as the only force for safeguarding the future of the people of Hong Kong.”