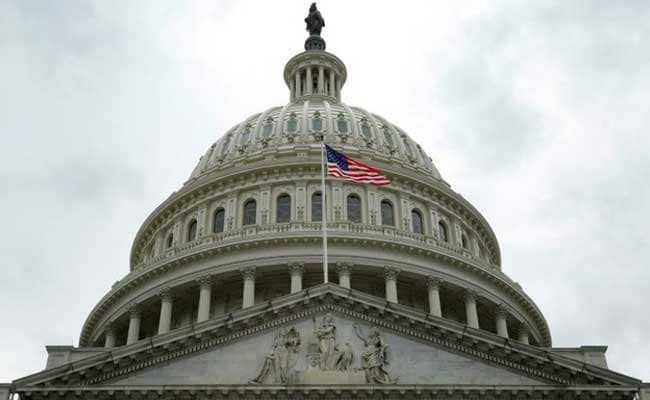 The bill now heads to the House of Representatives, which earlier passed a different version. The two will have to be reconciled into a single bill before it is sent for the president's signature.

The US Senate passed a sweeping industrial policy bill Tuesday aimed at countering a surging economic threat from rival China, overcoming partisan divisions to support pumping more than $170 billion into research and development.

With both American political parties increasingly worried about competition from Asia's largest power, the measure cleared the chamber on a 68-32 vote, one of the most significant bipartisan achievements in Congress since Joe Biden's presidency began in January.

It also represents the largest investment in scientific research and technological innovation "in generations," according to Senate Majority Leader Chuck Schumer.

The bill now heads to the House of Representatives, which earlier passed a different version. The two will have to be reconciled into a single bill before it is sent to the White House for the president's signature.

Biden said he was "encouraged" by the Senate's passage of the United States Innovation and Competition Act.

"We are in a competition to win the 21st century, and the starting gun has gone off," Biden said.

"As other countries continue to invest in their own research and development, we cannot risk falling behind. America must maintain its position as the most innovative and productive nation on Earth."

The package, a key provision of which addresses a shortage of semiconductors that has slowed US auto production this year, will help US industry bolster its capacity and improve technology.

It is seen as crucial for US efforts to avoid being out-maneuvered by Beijing as the adversaries compete in the race to technological innovation.

Schumer called the measure "one of the most important things this chamber has done in a very long time, a statement of faith in America's ability to seize the opportunities of the 21st century."

The proposal aims to address a number of technological areas in which the United States has fallen behind its Chinese competitors, including in semiconductor production.

The bill allocates $52 billion in funding for a previously approved plan to increase domestic manufacturing of the components.

It also authorizes $120 billion over five years for activities at the National Science Foundation to advance priorities including research and development in key areas like artificial intelligence (AI) and quantum science.

And it facilitates tie-ups between private firms and research universities.

"This is an opportunity for the United States to strike a blow on behalf of answering the unfair competition that we are seeing from communist China," said Republican Senator Roger Wicker, one of the main co-sponsors.

"Do we want that image to be a democratic image, small D? Or do we want it to be an authoritarian image, like President Xi would like to impose on the world?" Schumer asked.

Bid for US "leadership"

A summary of the Senate legislation notes how the Chinese Communist Party is "aggressively investing over $150 billion" in semiconductor manufacturing in order to control the advanced technology.

While the Senate's top Republican Mitch McConnell stressed that the measure remained "incomplete," it nevertheless passed by a healthy margin, highlighting how the nation's competition with its rising geopolitical rival China is one of the few issues that can bring feuding Republicans and Democrats together.

"For everything from national security to economic policy, there's a clear and urgent need to reorient the way our country views and responds to the challenge from China," Republican Senator John Cornyn said.