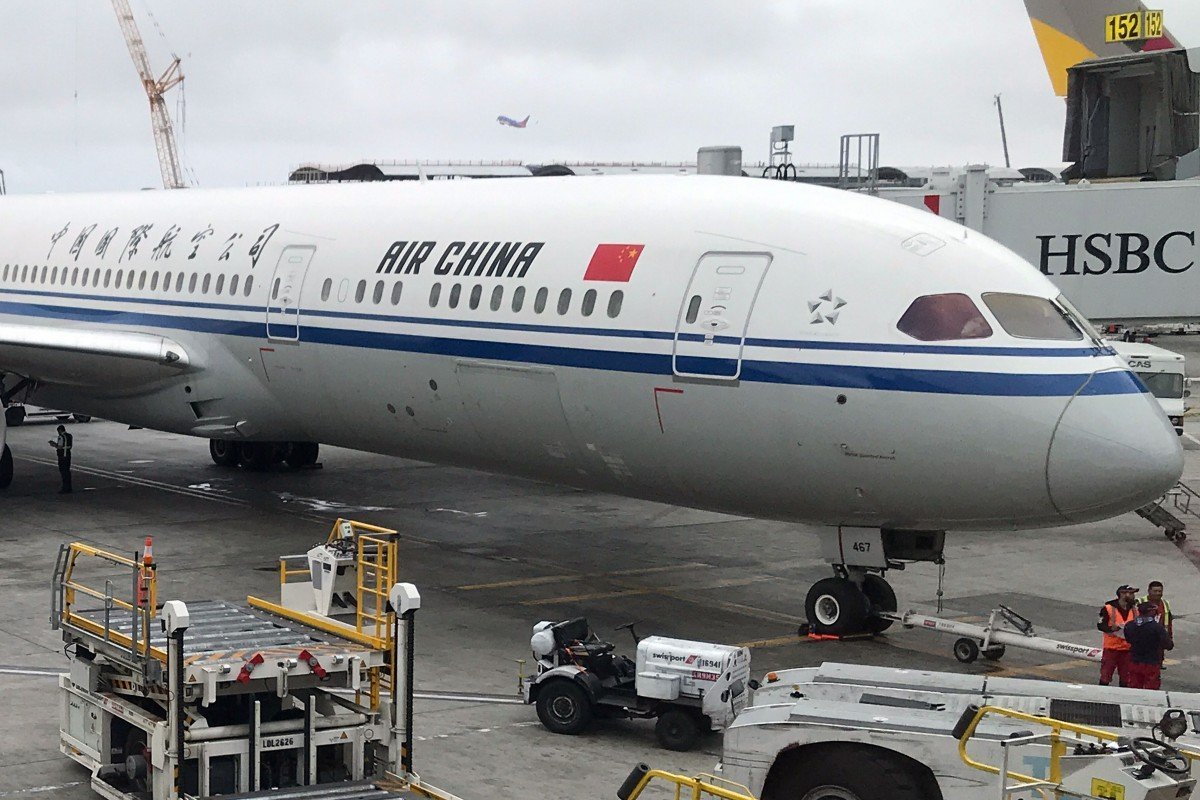 The dispute between Washington and Beijing over air travel limits is just one of many points of tension in the bilateral relationship. US-China air routes are among the most lucrative in the world, but the airline industry has been decimated by the coronavirus pandemic

The US government has abandoned plans for an all-out ban on flights by Chinese carriers into the country but will still heavily restrict incoming services after China eased its own limits on US operators.

Under restrictions announced by the Department of Transportation (DOT) on Friday, a total of two round-trip passenger flights operated by Chinese carriers will be allowed weekly to and from the US.

Protesting coronavirus-related restrictions implemented by Beijing on international flights, the Trump administration had said on Wednesday it would bar all Chinese flights into the US, beginning on June 16.

That prompted the Civil Aviation Authority of China (CAAC) on Thursday to announce an easing of restrictions on international flights, allowing US carriers to reinstate once-a-week flights into China. Under the CAAC’s relaxed regulations, foreign carriers would be given the option to increase the frequency of flights into Chinese cities if no passenger tests positive for the coronavirus for three consecutive weeks.

While it was pulling back from the original plan to suspend all Chinese passenger flights as a result of Beijing’s relaxation, the DOT complained on Friday that Beijing’s moves had not gone far enough, and continued “to impede the ability of US carriers to ‘achieve equality of opportunity’”.

“We find that these circumstances continue to warrant the Department’s action to restore a competitive balance and fair and equal opportunity among US and Chinese air carriers in the scheduled passenger service marketplace,” the department said in its order, which is effective immediately.

The move effectively cuts in half the four weekly flights that the US had previously been permitting Chinese carriers to operate in and out of the country.

The DOT notice, signed by Joel Szabat, assistant secretary for aviation and international affairs, directed the CAAC to tell the Department of Transportation which Chinese carriers would be operating each or both of the two flights.

US-China air routes are among the most lucrative in the world, but – like air travel the world over – have been decimated by the coronavirus pandemic, which has killed almost 400,000 people around the world, infected more than 6.5 million people and brought economies and industries to a grinding halt.

A US$2 trillion stimulus bill enacted by US President Donald Trump in May contained some US$58 billion of aid earmarked for US carriers.

The dispute between Washington and Beijing over air travel limits is just one of many points of tension in the bilateral relationship, which has been strained by a trade war, accusations of culpability in the coronavirus pandemic, and China’s move to enact a national security law over Hong Kong.

The DOT stressed on Friday that its overriding goal was not “the perpetuation of this situation, but rather an improved environment wherein the carriers of both parties will be able to exercise fully their bilateral rights”.

“The most recent CAAC action has not created that environment,” it said, adding that the department was “fully prepared” to revisit its order should the CAAC adjust its own policies to bring about “the necessary improved situation for US carriers”.