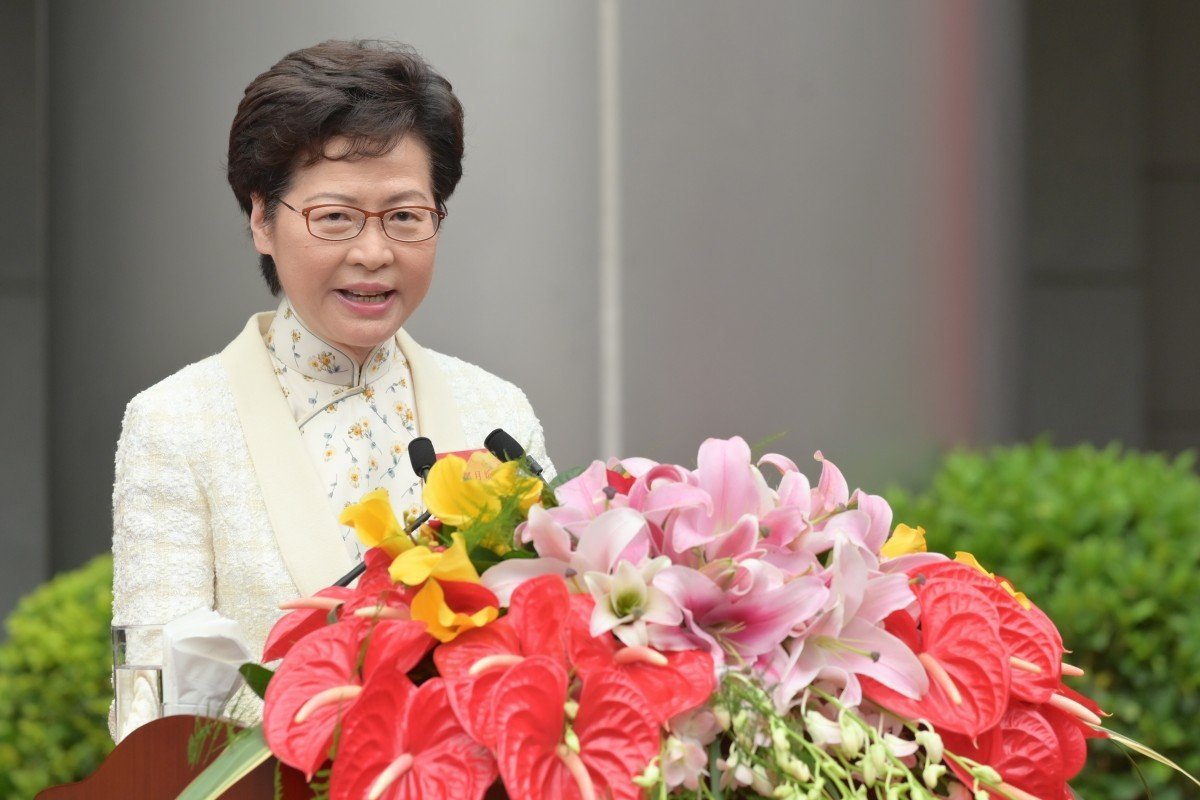 The Trump administration on Friday imposed economic sanctions on 11 current and former Chinese officials, including Hong Kong’s chief executive, Carrie Lam Cheng Yuet-ngor, marking a drastic escalation in tensions with Beijing over its imposition of a national security law in the semi-autonomous city.

The US Treasury Department singled out Lam for “implementing Beijing’s policies of suppression of freedom and democratic processes,” citing her role last year in attempting to pass an extradition law and, more recently, her involvement in “developing, adopting or implementing” the national security law.

Enacted in June, the law criminalises a broad range of behaviours under the four categories of secession, terrorism, subversion and collusion with a foreign power.

Under the economic sanctions, brought by the US Treasury Department’s Office of Foreign Assets Control (OFAC), the US-based assets of individuals or entities are blocked and Americans and businesses are generally prohibited from dealing with them.

The administration brought the sanctions under authority set out by an executive order that US President Donald Trump signed last month, laying out a series of measures punishing China for the national security law.

Retired police commissioner Stephen Lo Wai-chung was cited for his leadership of the force during last year’s pro-democracy protests, while his successor, Chris Tang Ping-keung, was included “for coercing, arresting, detaining or imprisoning individuals under the authority of the National Security Law”.

All were designated as being officials in a government whose “actions or policies that threaten the peace, security, stability or autonomy of Hong Kong”.

“The Chinese Communist Party has made clear that Hong Kong will never again enjoy the high degree of autonomy that Beijing itself promised to the Hong Kong people and the United Kingdom for 50 years,” US Secretary of State Michael Pompeo said in a statement.

Treasury Secretary Steven Mnuchin said the US stood with the people of Hong Kong and would use its tools and authorities “to target those undermining their autonomy”.

The sanctions are certain to be met with condemnation from Beijing, which routinely dismisses US efforts to pressure it over Hong Kong as attempts to interfere in the country’s internal affairs.

Speaking on condition of anonymity, a mainland official said: “Generally speaking, we are furious about this, and despise such tricks. The foreign ministry would definitely hit back, it has made it clear in the past that they would hit back in face of unreasonable acts.”

“The US government has good relations with countries which grossly violate human rights,” said Ip, a former security minister. “Countermeasures from Beijing [are] expected.”

The sanctions come amid rapidly deteriorating relations between Washington and Beijing, with tensions boiling not only around Hong Kong but also the South China Sea, Xinjiang, Covid-19 and the national security implications of Chinese-owned apps like TikTok and WeChat.

Analysts were divided on Friday as to whether the new sanctions were anything but symbolic.

“Even if these officials had assets in the US, they would have transferred it away long ago,” said independent analyst Johnny Lau Yui-siu, adding that the inevitable retaliation by Beijing will likely be done in such a way as to avoid escalation.

Lau Siu-kai, vice-president of the Chinese Association of Hong Kong and Macau Studies, a mainland think tank, said the US chose targeted sanctions because it was “not inclined to use nuclear options like targeting Hong Kong’s dollar peg to the US dollar because its economic interests would also have been affected”.

Indeed, Lam has previously cited her lack of any US-held assets or interest in moving to the country when dismissing the prospect of sanctions against her.

But one former OFAC official suggested that such a view does not capture the full power that sanctions can have over an individual given the complexities of and number of banks involved in a single financial transfer.

“Generally, the response from sanctioned individuals is: ‘ah, this won’t affect me, what do I care?’” said Jeremy Paner, now counsel at Ferrari & Associates. “And then they’re in front of OFAC a month later, getting ready to sue if they don’t get delisted. Because it greatly affects them.”

US banks are often involved in some capacity in both domestic and international transfers, said Paner. “Or if not directly a US bank, a bank that will under no circumstances touch a sanctioned party’s fund transfer.”

“Even if she doesn’t have an account at HSBC or Standard Chartered Bank – two big examples – if those banks act as intermediary banks in any of her transactions, they will block it,” he said, adding that such a response from financial institutions was likely regardless of the size of the transfer.

“She will very likely find it impossible to move money domestically because of that.”

Olga Torres, a managing member of the firm Torres Law, said sanctions could have a ripple effect far beyond the individuals on the list or the individual banks with which they do business.

“In practice, many non-US persons who conduct business in the US decide not to conduct business with SDNs [Specially Designated Nationals] to avoid any issues with OFAC,” she said. “It is a big statement by the US government to designate a high-level official to SDN.”