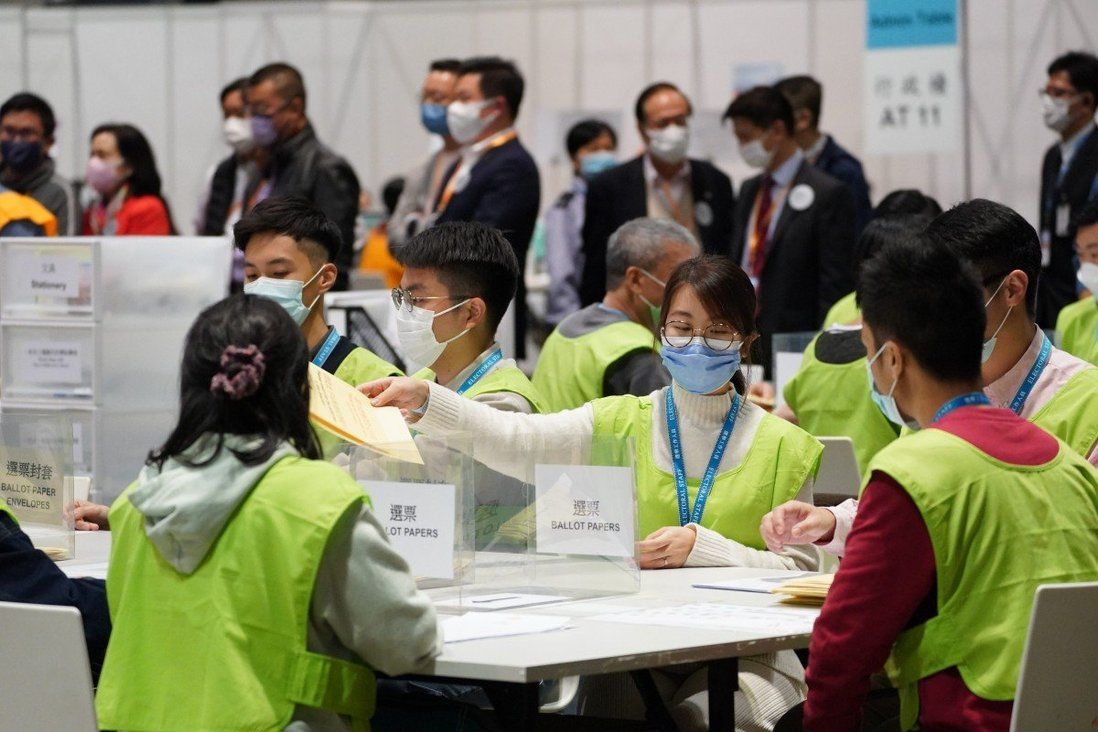 The United States sanctioned five Hong Kong-based Chinese officials on Monday, following Legislative Council elections in the city that the US and the other countries in the “Five Eyes” intelligence alliance condemned as devoid of “any meaningful political opposition”.

The US Treasury Department sanctioned He Jing, Chen Dong, Lu Xinning, Tan Tieniu, and Yin Zonghua, all deputy directors in Beijing’s liaison office in the city, adding to a list of other officials with the same title in the Liaison Office of the Central People’s Government in Hong Kong, who were sanctioned earlier this year.

All the officials were sanctioned under the authority of the Hong Kong Autonomy Act, which former US president Donald Trump signed into law last year along with an executive order that ended the city’s preferential trade status with the US. 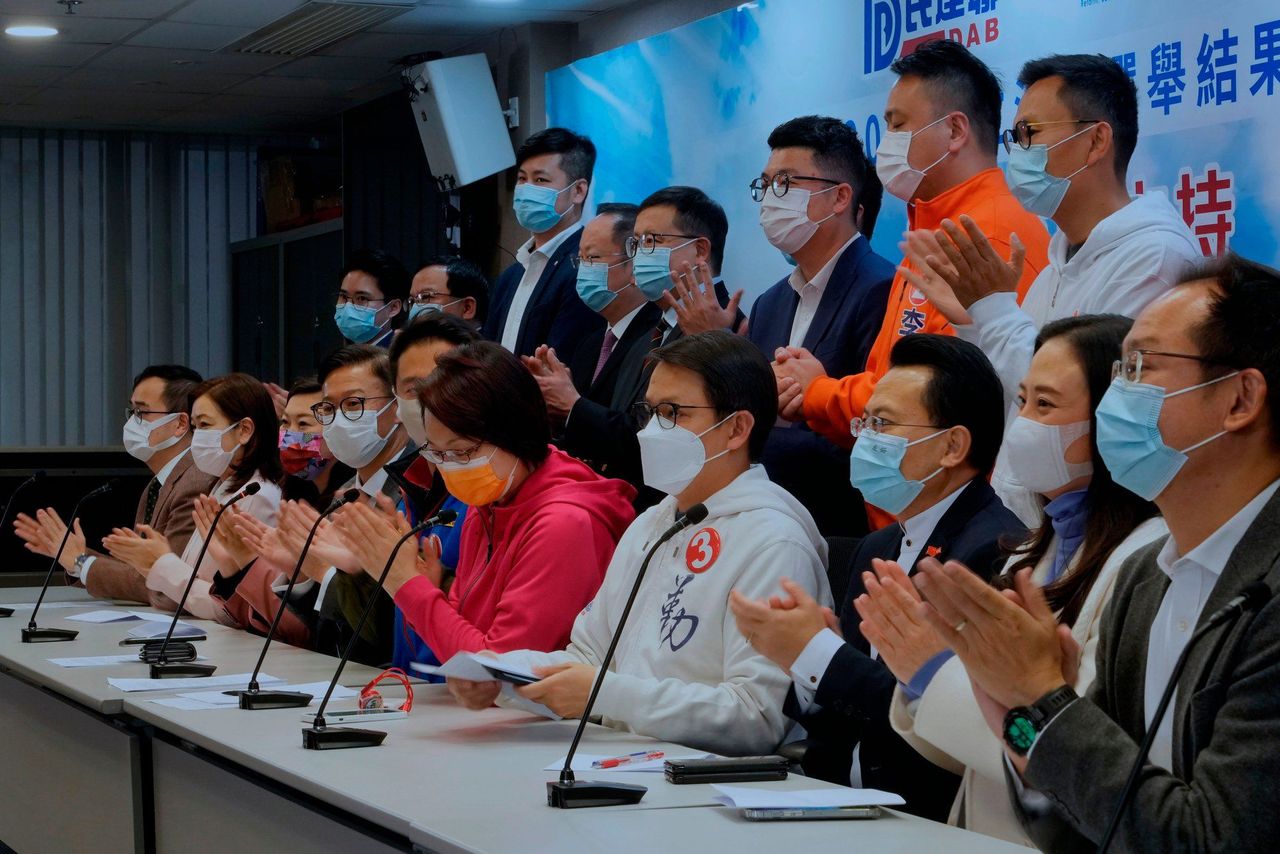 Members of a pro-Beijing party Democratic Alliance for Betterment of Hong Kong (DAB) applaud at a news conference on Monday after winning 19 seats.

Issued by the department’s Office of Foreign Assets Control, the sanctions freeze any US-based assets of those targeted; American citizens and businesses are also generally prohibited from dealing with them.

The Five Eyes joint statement, which was also issued by Australia, Britain, Canada and New Zealand, said that the election “severely” restricted the range of political views that city voters had been able to choose from.

Hong Kong’s elections on Sunday were watched closely following Beijing’s overhaul of local electoral systems in March to ensure only “patriots” hold office. The polls closed with a record low turnout of 30.2 per cent – the lowest since the handover of Hong Kong’s sovereignty from Britain to Beijing in 1997, far less than the 43.57 per cent recorded in 2000.

The statement also assailed the National Security Law, which Beijing imposed on Hong Kong in 2020 and has been used to detain and prosecute dozens of local opposition politicians and activists for alleged acts of subversion, secession, terrorism and collusion with foreign forces.

“Many of the city’s opposition politicians – most notably the majority of the “NSL 47” – remain in prison pending trial, with others in exile overseas,” it said.

“We urge the People’s Republic of China to act in accordance with its international obligations to respect protected rights and fundamental freedoms in Hong Kong, including those guaranteed under the Sino-British Joint Declaration”, the agreement that paved the way for the 1997 handover. 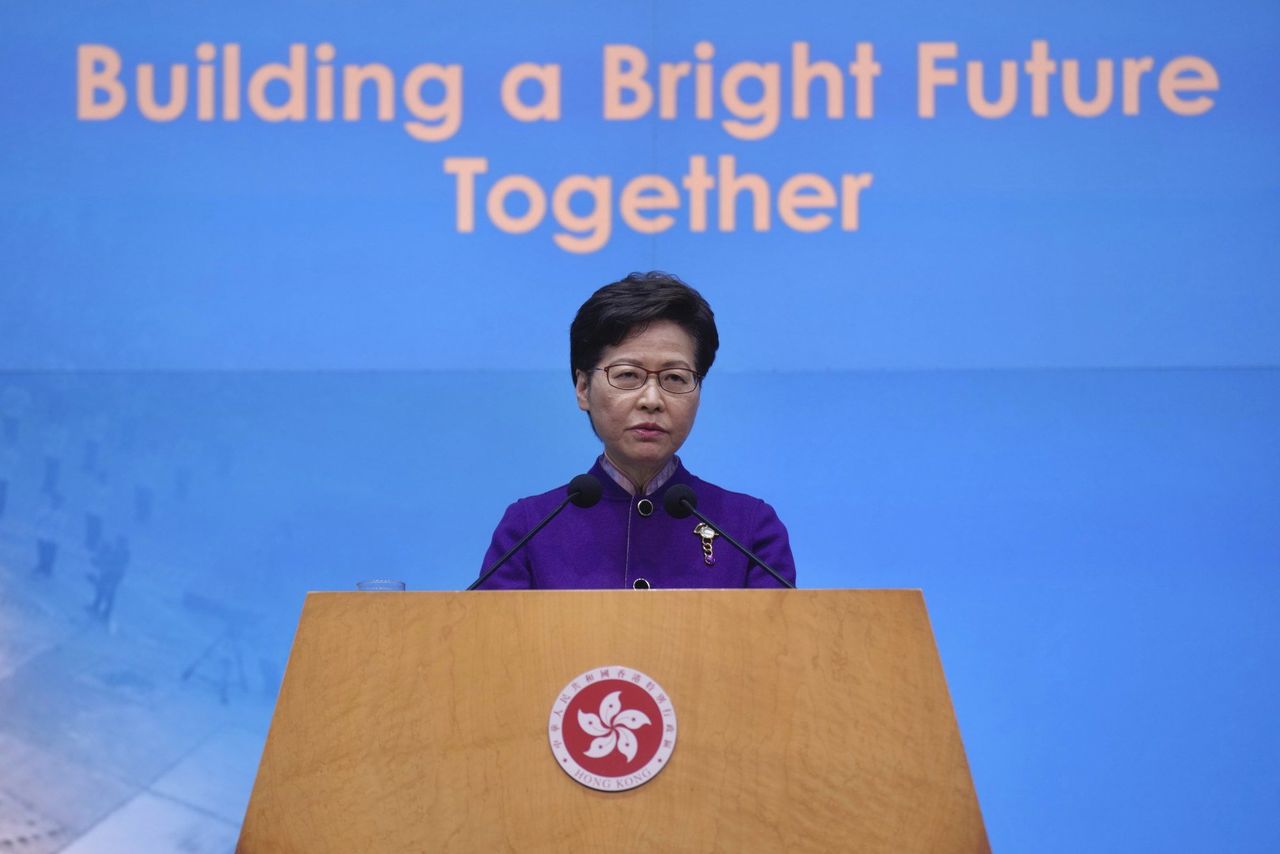 The Chinese embassy in Washington did not immediately respond to a request for comment.

Separately on Monday, the US State Department updated its report last year about the status of Hong Kong measured against the Joint Declaration, which was authorised by the Hong Kong Autonomy Act.

The update cited, among other developments, the closure of Hong Kong tabloid newspaper Apple Daily in June and new oath-taking requirements for the city’s civil servants, in addition to changes in the electoral system.

The newspaper folded shortly after Hong Kong’s national security police detained its lead editorial writer on suspicion of conspiracy to collude with foreign forces in relation to a series of articles published by the paper allegedly calling for foreign sanctions. Five top executives had been detained a week earlier.

These developments “demonstrate that the PRC continues to undermine Hong Kong’s high degree of autonomy and that foreign persons have materially contributed to the failure of the PRC to meet its obligations under the joint declaration and Basic Law,” the report said, using the acronym for the People’s Republic of China.

The Chinese government has clashed repeatedly with London and Washington over the joint declaration, with the former calling it a “historical document that no longer has any realistic meaning” and the latter two frequently invoking it as the foundation of their condemnation of Beijing’s harder line against dissent in the city.