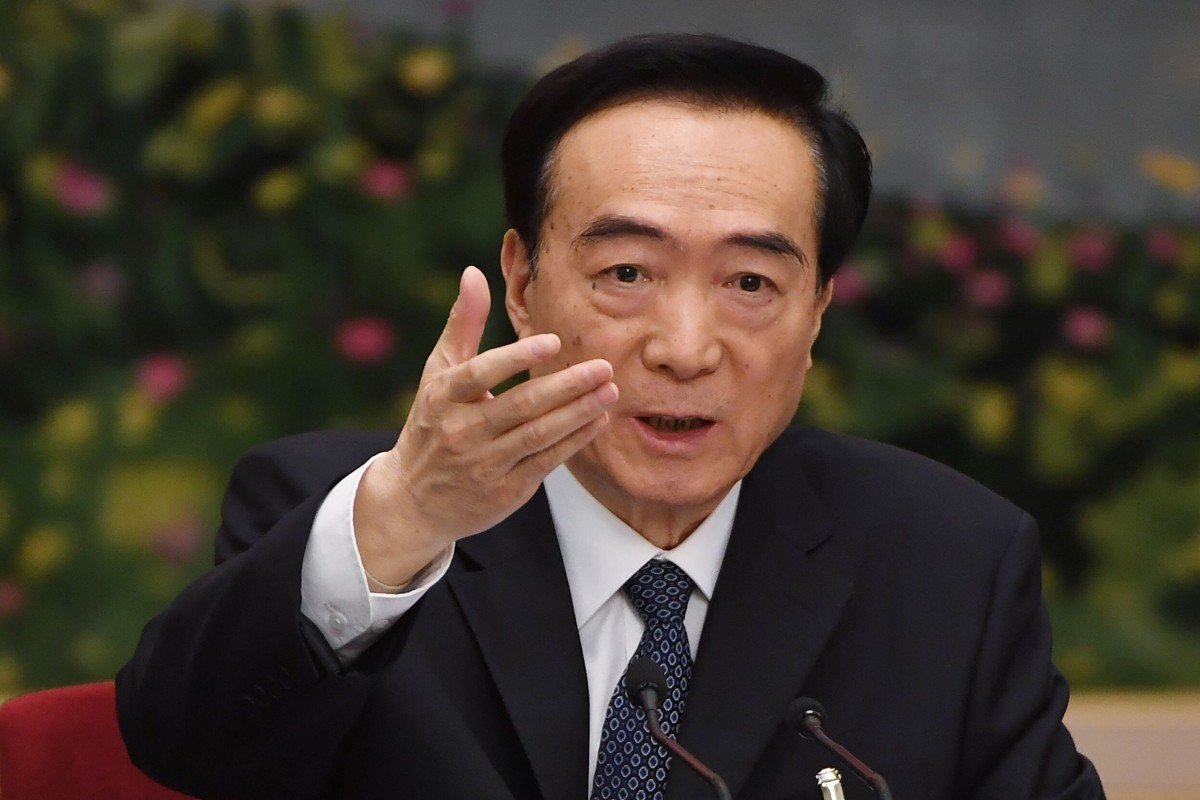 Those barred from entering the US include Xinjiang party secretary Chen Quanguo and Xinjiang Public Security Bureau director Wang Mingshan. The move is the latest in a series of actions the Trump administration has taken against Beijing

The US government has announced sanctions on Chinese officials it deems responsible for human rights abuses against ethnic minorities in the country’s Xinjiang Uygur autonomous region (XUAR), pressuring Beijing further on one of many issues that have roiled the bilateral relationship.

The sanctions specifically name XUAR party secretary Chen Quanguo and three other top officials of the region’s leadership, as well as other unidentified people “believed to be responsible for, or complicit in, the unjust detention or abuse of Uygurs, ethnic Kazakhs and members of other minority groups in Xinjiang”, US Secretary of State Mike Pompeo said on Thursday.

“The United States will not stand idly by as the [Chinese Communist Party] carries out human rights abuses targeting” these groups, he added, citing “forced labour, arbitrary mass detention and forced population control, and attempts to erase their culture and Muslim faith”.

Pompeo said the sanctions were authorised by a 2017 executive order signed by US President Donald Trump called “Blocking the Property of Persons Involved in Serious Human Rights Abuse or Corruption”, and were in line with the Global Magnitsky Human Rights Accountability Act, which was signed into law by then-president Barack Obama in 2012.

Chen is the highest ranking Chinese official to be sanctioned by the US government, a sign that Pompeo is matching his sharp rhetoric against China with action. Chen is a member of the 25-member Politburo, the peak of the Communist Party’s leadership. His rank is higher than Pompeo’s Chinese counterpart Wang Yi.

“The US govt has crossed another ‘red line’ by sanctioning top Chinese … officials. I think leading CCP figures will be calling their (foreign) lawyers to make sure their assets (if they have any) are going to be outside the US, just in case,” Julian Ku, a law professor at Hofstra University in New York, said in a Twitter post. “Few foreign leaders have their personal assets in China, so it is hard for China to retaliate.”

Before his role in Xinjiang attracted Washington’s attention, Chen was the party chief in Tibet, another region with a history of violence and uprisings against Beijing’s rule.

The only previous Chinese target of US sanctions under the Magnitsky act was Gao Yan, a Beijing public security bureau branch director alleged to have been responsible for the death of the human rights activist Cao Shunli in 2014.

Pressure has been building for Trump’s administration to take action on Xinjiang.

On June 17, Trump signed the Uygur Human Rights Policy Act, which requires greater US scrutiny of suspected human rights abuses in Xinjiang and demands that Chinese officials considered responsible be subject to economic sanctions and barred from entering the US.

The legislation was passed in response to the Chinese government’s establishment of mass internment facilities in Xinjiang for what Beijing claims to be voluntary “vocational” education aimed at countering religious extremism.

Leaks of internal government documents in recent months have challenged that narrative, presenting evidence of a network of locked-down facilities and directives from party leaders to “round up everyone who should be rounded up”.

Congress pushed for follow-through when, last week, 75 US senators and House members urged Trump to make a formal determination whether China’s treatment of Uygurs and other groups constituted an atrocity, possibly even genocide.

“It is time for action,” members of the Senate and House of Representatives, led by Republican Senator Marco Rubio, wrote in a letter to Pompeo and Treasury Secretary Steven Mnuchin, asking them to sanction the Chinese officials responsible for the mistreatment of Uygurs.

“These human rights abuses demand a response from the United States as well as the international community because evidence strongly indicates that the Chinese government is intentionally working to destroy and essentially wipe out Uygur families, culture, and religious adherence and encouraging violence against women,” the letter stated.

Beijing will consider Pompeo’s sanctioning of Chen and the other Xinjiang officials “a highly provocative act”, said Michael Hirson, China and Northeast Asia practice director at political risk consultancy Eurasia Group, said in a research note. “Beijing has long resented the US’ use of unilateral sanctions and its claims to ‘long-arm jurisdiction’ all over the world.”

“Chen was likely already subject to a travel ban to the US imposed last October (the names are kept confidential) and has long known that he was a potential target,” Hirson said.

China’s embassy in Washington did not immediately respond to a request for comment.

The State Department’s latest move against China follows threats of US sanctions against Chinese officials for suspected abuses in Hong Kong and Tibet, two other regions of China ostensibly granted degrees of autonomy from Beijing.

Pompeo said on Monday that the United States would restrict visas for officials who were found to be obstructing travel to Tibet by US diplomats, journalists and tourists.

He also accused Beijing of human rights abuses and said the US remained committed to “meaningful autonomy” for Tibetans and the preservation of their unique religious, cultural and linguistic identity.

As for Hong Kong, Pompeo said on June 26 that he had imposed visa restrictions against Chinese officials in retaliation for Beijing’s policies in Hong Kong, including the national security law for the city that was instituted last week. Opposition politicians and critics say the law could be used to suppress dissent and erode freedom in Hong Kong.

Those identified by name and their immediate family members are barred from entering the United States. Family members of the other Chinese government officials not yet identified “may also be subject to these restrictions”, the announcement said.