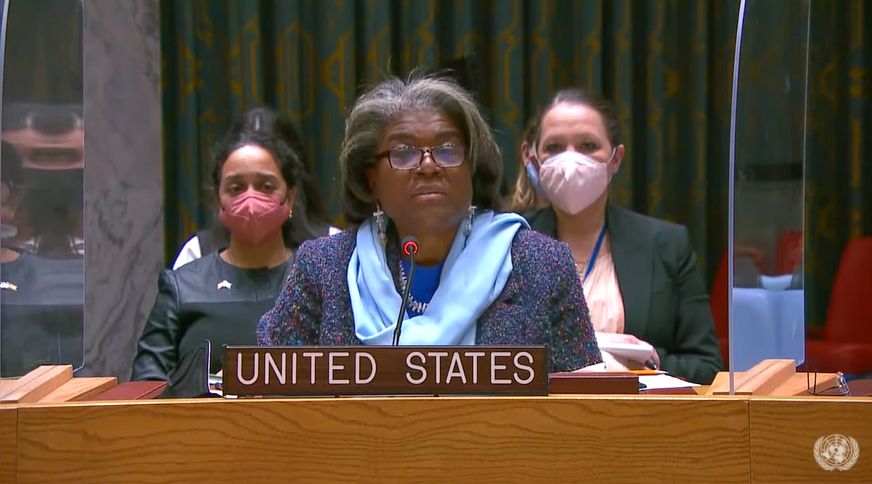 Statement by Ambassador Linda Thomas-Greenfield on the UN General Assembly Resolution on the UN Security Council Veto, as is :

The UN General Assembly resolution on the veto will be a significant step toward the accountability, transparency, and responsibility of all of the Permanent Members of the Security Council members who wield its power.

The United States is co-sponsoring a UN General Assembly resolution, spearheaded by a core group of Member States led by Liechtenstein, on the UN Security Council veto. This innovative measure would automatically convene a meeting of the General Assembly after a veto has been cast in the Security Council. As negotiated in 1945, the UN Charter entrusts in the five Permanent Members of the Security Council the ability to prevent the adoption of a resolution through a veto – a mechanism long the subject of institutional debate. The United States takes seriously its privilege of veto power; it is a sober and solemn responsibility that must be respected by those Permanent Members to whom it has been entrusted.

There are times when a Permanent Member of the UN Security Council will conclude that a particular resolution will not advance international peace and security and will veto that resolution. When a Permanent Member casts a veto, that member should be prepared to explain why the resolution at issue would not have furthered the maintenance of international peace and security. Unfortunately, not all members of the Security Council share this sentiment. We are particularly concerned by Russia’s shameful pattern of abusing its veto privilege over the past two decades, including its vetoes to kill a UN observer mission in Georgia, block accountability measures and chemical weapons investigations in Syria, prevent the establishment of a criminal tribunal on the downing of flight MH-17 over Ukraine, and protect President Putin from condemnation over his unprovoked and unjust war of choice against Ukraine.

The UN General Assembly resolution on the veto will be a significant step toward the accountability, transparency, and responsibility of all of the Permanent Members of the Security Council members who wield its power.