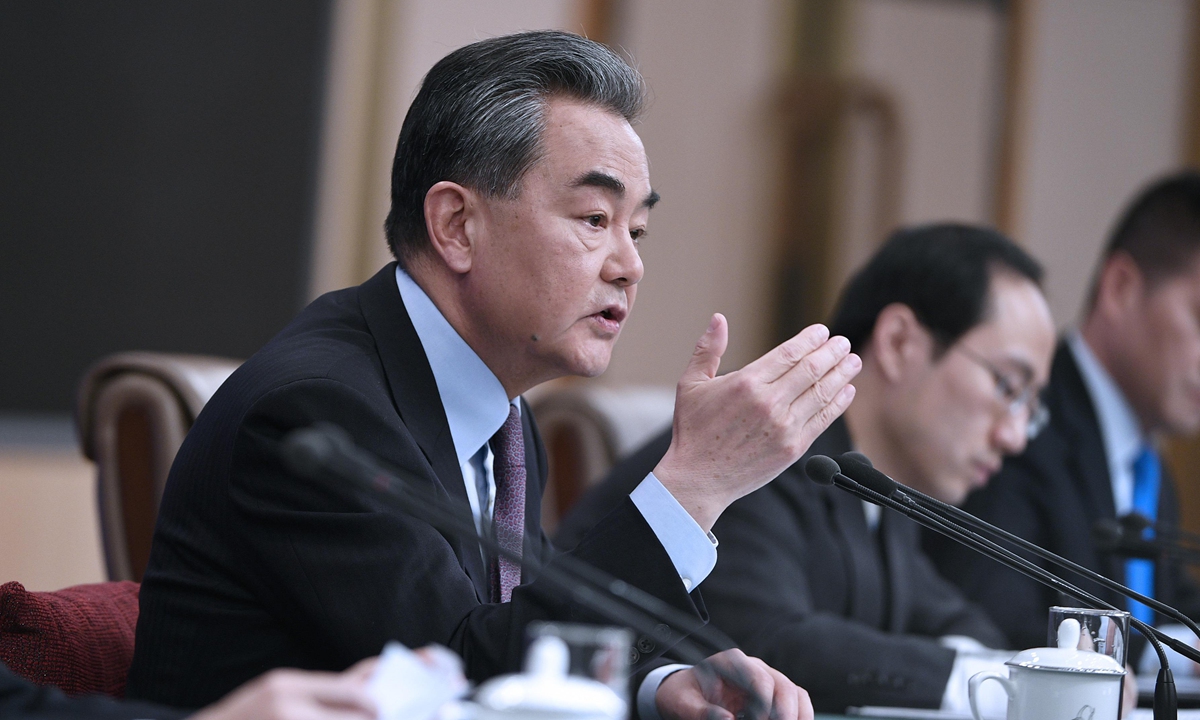 Despite China's earnest efforts to build China-US relations on the basis of coordination, cooperation and stability, some US politicians continue to make strategic miscalculations, Chinese State Councilor and Foreign Minister Wang Yi said on Friday. 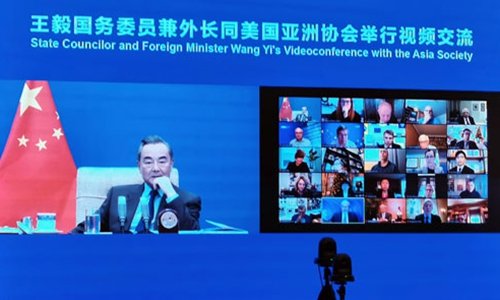 “What we see and hear every day from almost all senior officials of the US government are attacks and accusations toward China without real evidence. Some attacks contain the presumption of guilt or are used as some sort of emotional catharsis,” Wang said via a video meeting with the US Asia Society.

Wang said some US politicians have made a series of strategic misjudgments on China-related issues.

They have neglected the broad common interests and room for cooperation by listing China as a "major competitor,” even a "threat."

“This is an error. China is not a threat to the US. It has not been in the past and will not be in the future,” Wang said.

The smearing of the Communist Party of Chinese (CPC) stems from an ideological mindset. As China's leading party determined by the Chinese Constitution, the CPC is closely connected to the Chinese people and shares their common destiny. The attacks on the Party are equivalent to an attack on the 1.4 billion Chinese people and is doomed to fail, he said.

They also have attempted to bring China to its knees by exerting extreme pressure. China has been bullied by foreign powers throughout history, but the era of humiliation is long past. US’ attempt to exert power over China will only arouse the Chinese people to more firmly fight back, he said.

US’ attempts to create an anti-China coalition on the international stage is also misguided, Wang said. “This is the era of globalization, and the interests of all countries are interrelated,” Wang noted.

Wang said that China and the US are not in a confrontational relationship in the Asia-Pacific region, where the US has allies, and China has partners. Both sides are members of the Asia-Pacific family and can have a shared “circle of friends.”

Wang said China respects the traditional influence and practical interests of the US in the region, and is ready to live in peace with the US, carry out cooperation and give full play to their respective strengths to safeguard peace and stability in the region.

There are many issues in the Asia-Pacific region that need to be resolved through cooperation between China and the US, Wang said, appealing to the US not to provoke China's legitimate rights and interests in a military manner.

China is ready to discuss with the US a code of conduct for sound interactions and mutual trust in the Asia-Pacific region, he stressed.