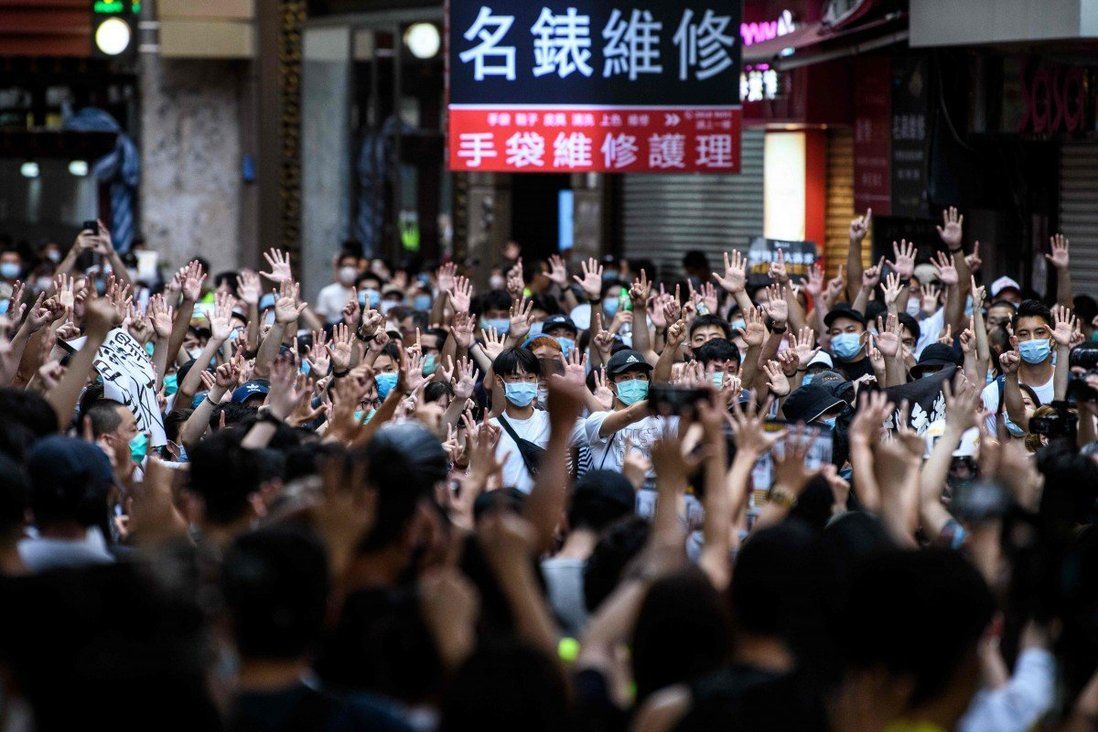 Nine lawmakers send a letter to the Nobel Peace Prize committee, citing the imposition of the national security law on Hong Kong and saying the movement ‘continues to fight against the erosion’ of human rights and democracy.

A bipartisan group of US lawmakers has nominated Hong Kong’s pro-democracy movement for this year’s Nobel Peace Prize, to honour their struggle against a national security law that Beijing imposed on the city without local input, a move that is sure to anger the Chinese government.

“We are nominating a movement that has peacefully advocated for and maintained human rights and democracy in Hong Kong since 1997 and continues to fight against the erosion of these rights,” Senator Marco Rubio, a Republican, Representative James McGovern, a Democrat, and seven other lawmakers, wrote to Berit Reiss-Andersen, chair of the Nobel Peace Prize committee.

“A number of democracy advocates are already in jail, some in exile, and many more awaiting trials where they are expected to be convicted and sentenced in the coming months for the sole reason of peacefully expressing their political views through speech, publication, elections, or assembly,” the signatories, all members of the Congressional-Executive Commission on China, wrote in the letter dated Sunday and made public on Wednesday.

The nomination by US lawmakers, some of whom have sponsored legislation supporting sanctions against Hong Kong and mainland Chinese government officials, is the latest move against these authorities by a US government that is united on few other fronts.

The bipartisan push to pressure China on human rights in recent years makes the backdrop even more contentious than when Chinese dissident Liu Xiaobo, who died in 2017 while serving a prison term, won the Nobel Peace Prize in 2010.

Liu was nominated that year by Kwame Anthony Appiah, then president of the London-based literary and human rights association Pen International.

An editorial run by the Chinese government-controlled People’s Daily after Liu was awarded the prize said: “The Nobel Committee’s awarding of the Nobel Peace Prize to Liu Xiaobo and seeing him as a ‘hero’ is by no means an unintentional act, but a deliberate choice.”

“This sort of choice is referred to by some as ‘selective deafness’, and shows the Nobel Committee’s chronic illness when the political agenda of Western ideology dictates the process,” the newspaper said.

With his Hong Kong Human Rights and Democracy Act, signed into law in 2019, Rubio has helped shape the hard-line stance that the US has taken since local activists and lawmakers took action earlier that year, first against a controversial extradition bill that was ultimately shelved owing to concern among wide swathes of the Hong Kong public that it would make them subject to China’s judicial system.

With five Democrats and four Republicans backing the nomination, the effort “underscores that US pressure on China is not letting up,” said Dimitar Gueorguiev, an assistant professor of political science at the Maxwell School of Citizenship and Public Affairs at Syracuse University.

“It is important to remember that this development follows on recent Chinese sanctions against US officials, who had criticised China‘s human rights record, announced during the twilight moments of the Trump administration.

“Optimists in Beijing might have thought that a new administration would offer an opportunity for some sort of reset. That seems increasingly unlikely,” Gueorguiev said.

Millions of Hongkongers demonstrated peacefully against the extradition bill in June 2019, but over weeks and months some subsequent protests became more violent as the administration of Chief Executive Carrie Lam Cheng Yuet-ngor refused to acknowledge the demands of the opposition.

“In response to public opposition and protests, the Chinese government issued the National Security Law, which was passed and implemented without any input or participation from Hong Kong residents,” the nomination letter said. “This law is being used to actively suppress voices for human rights and democracy.”

Rubio’s law allowed the US government to suspend Hong Kong’s special trading status based on an annual certification by the US State Department about whether the city retains a sufficient degree of autonomy under the “one country, two systems” framework.

McGovern sponsored the Protect Hong Kong Act, a bill that called for a ban on sales of riot control equipment to the city’s law enforcement services, which became law along with Rubio’s legislation. 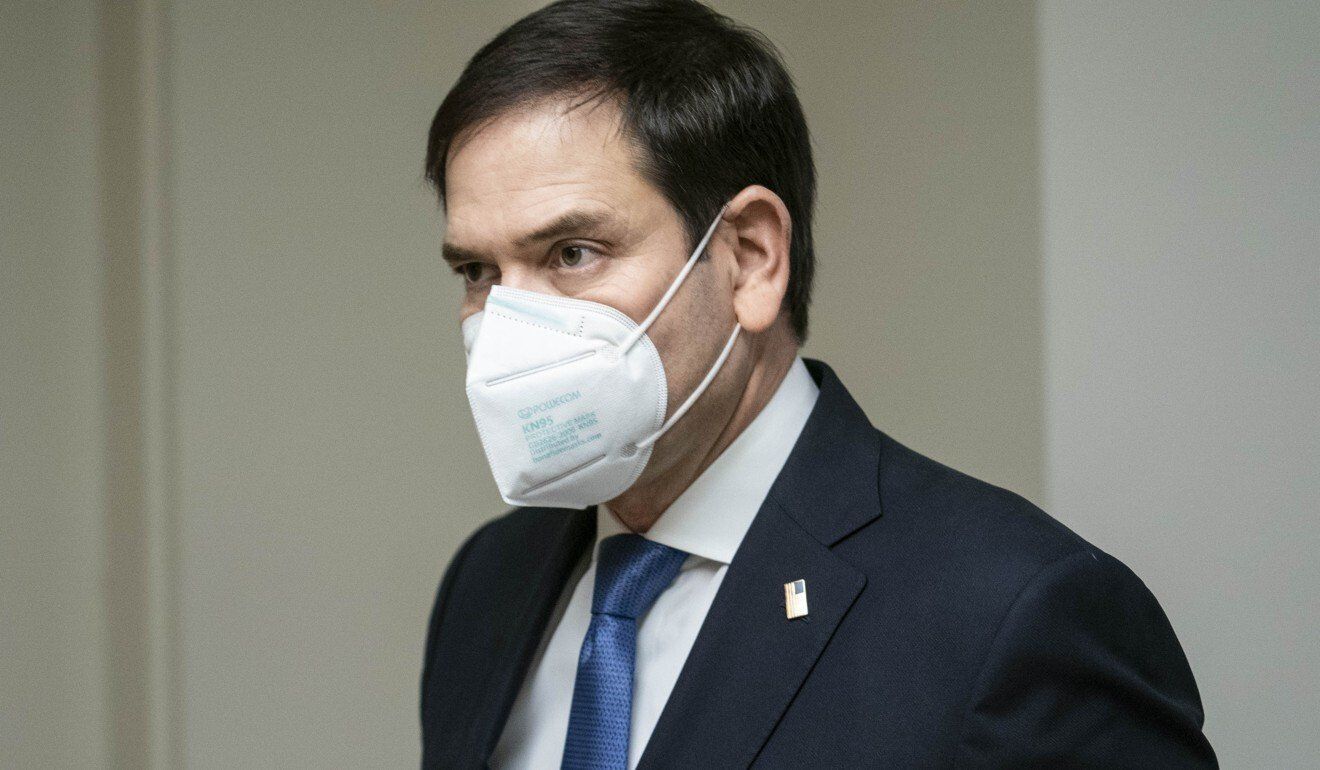 US Senator Marco Rubio, Republican of Florida, is one of nine US lawmakers to have nominated the Hong Kong pro-democracy movement for a Nobel Peace Prize.

Lawmakers behind the Nobel Peace Prize nomination have since sponsored or co-sponsored other anti-China bills.

Another signatory, Jeff Merkley – a Democrat from Oregon who sits on the Senate Foreign Relations Committee – last week reintroduced his Uygur Forced Labour Prevention Act, which would require US importers of Chinese goods to ensure that there is no forced labour involved in the manufacture of products they buy from the country.

In 2018, a group of lawmakers led by Rubio, Representative Christopher Smith and Senator Steve Daines, two other signatories of the new letter, nominated the activists Joshua Wong Chi-fung and Nathan Law Kwun-chung and the entire 2014 pro-democracy “umbrella movement” in Hong Kong for the Nobel Peace Prize.

Wong pleaded guilty last week in Hong Kong to charges of taking part in an unauthorised assembly and violating the government’s mask ban during the civil unrest.

Law applied for political asylum in Britain in December, six months after he went into self-imposed exile in London.