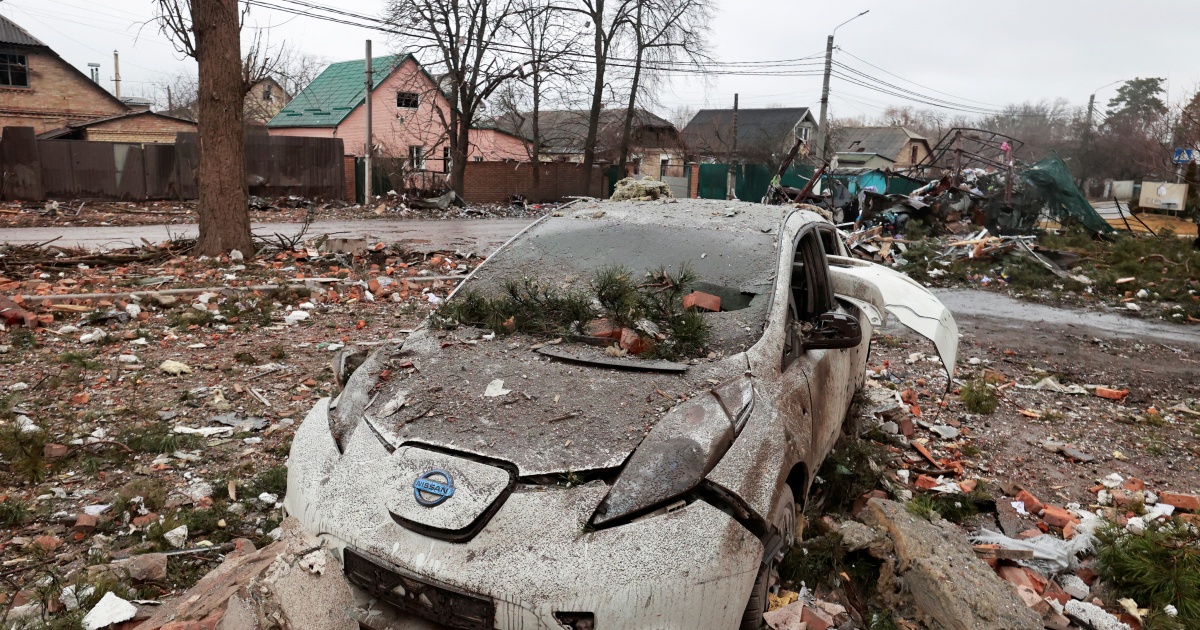 The initiative aims to hold accountable oligarchs who violate United States sanctions and restrictions amid Russia’s invasion of Ukraine.

The United States is moving “to hold accountable corrupt Russian oligarchs” amid Russia’s ongoing military assault on Ukraine, as the US Department of Justice announced the creation of a new task force to ensure a raft of US sanctions are being enforced.

“The Justice Department will use all of its authorities to seize the assets of individuals and entities who violate these sanctions,” US Attorney General Merrick Garland said in a statement on Wednesday.

“We will leave no stone unturned in our efforts to investigate, arrest, and prosecute those whose criminal acts enable the Russian government to continue this unjust war. Let me be clear: if you violate our laws, we will hold you accountable.”

US President Joe Biden first announced the task force during his State of the Union address on Tuesday evening, saying the US would “go after the crimes of the Russian oligarchs”.

“We’re joining with European allies to find and seize their yachts, their luxury apartments, their private jets,” Biden said, adding that the country also would close its airspace to all Russian aircraft.

The US, European Union (EU) and other allied nations have imposed sanctions against Russian President Vladimir Putin, Foreign Minister Sergey Lavrov and members of Putin’s inner circle in response to the invasion of Ukraine.

Other economic restrictions also targeted Russia’s central bank, among other financial institutions, as the international community pushes for an end to the Russian military assault on its neighbour.

The offensive, which saw Russian forces launch a barrage of attacks on Ukrainian cities on Wednesday and edge closer to the capital, Kyiv, has pushed more than 870,000 people to flee the country, according to the United Nations.

On Sunday, EU chief Ursula von der Leyen said the bloc would shut its airspace for Russian-owned, registered and controlled aircraft. “They won’t be able to land in, take off or overfly the territory of the EU,” she wrote on Twitter. “Including the private jets of oligarchs.”

The US task force will be run out of the office of Deputy Attorney General Lisa Monaco and it will have the power to investigate and prosecute US sanctions violations, or efforts to undermine restrictions on Russian financial institutions.

Investigators will also target any attempts to use cryptocurrency to evade US sanctions, the Justice Department said, and will have the power to seize the assets of sanctioned individuals or assets identified as coming from unlawful conduct.

“To those bolstering the Russian regime through corruption and sanctions evasion: we will deprive you of safe haven and hold you accountable,” Monaco said in the department’s statement. “Oligarchs be warned: we will use every tool to freeze and seize your criminal proceeds.”

Later on Wednesday, Secretary of State Antony Blinken announced that he will be visiting Belgium, Poland, Moldova, Latvia, Lithuania and Estonia over the next week.

The secretary of state said the sanctions imposed by the US and its allies have had a “powerful effect” on the Russian economy.

“President Putin may have assumed that the United States and our allies were bluffing when we warned of massive, unprecedented consequences,” Blinken told reporters. “But as President Biden likes to say, big nations can’t bluff. The United States doesn’t bluff.”

Still, he added that Washington has not closed the door for diplomacy to resolve the crisis.

“It’s much more difficult for diplomacy to succeed when guns are firing, tanks are rolling, planes are flying,” he said. “But if Russia pulls back and pursues diplomacy, we stand ready to do the same thing.”

Blinken also said the US supports “any diplomatic efforts” by Ukraine to secure a ceasefire. Russian and Ukrainian representatives had met for talks near the Belarusian border earlier this week, but the negotiations failed to produce an end to the violence.

Meanwhile, a US teenager who previously tracked the private jet of Tesla founder Elon Musk, has focused his attention on the jets of Russian oligarchs, US media outlets have reported.

The latter account, dubbed Russian Oligarch Jets, tracked approximately 40 planes and helicopters associated with the oligarchs as of Tuesday, the newspaper said. It had more than 274,000 followers as of Wednesday afternoon.