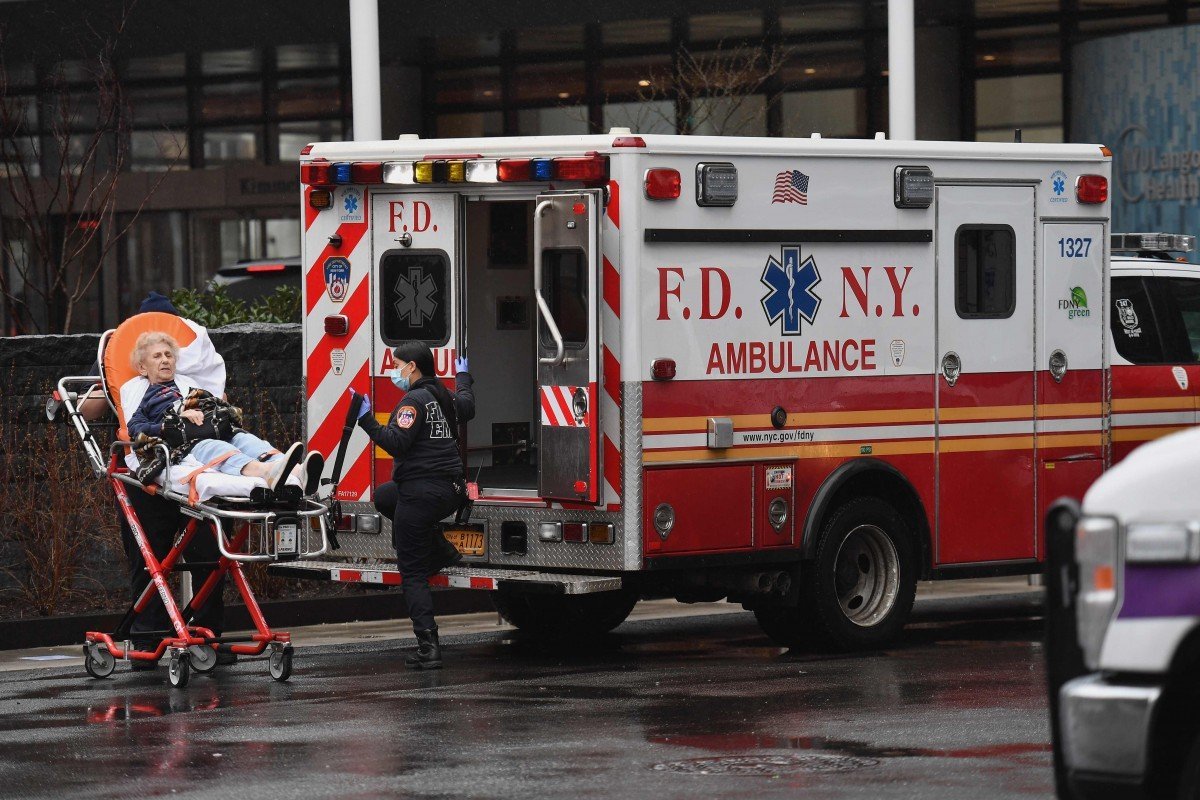 The US CDC reported 33,453 cases of coronavirus, an increase of 18,185 infections from its previous count. Prison union official asks the government to stop the movement of inmates between facilities until the virus can be contained
The US Centres for Disease Control and Prevention (CDC) on Monday reported 33,453 coronavirus cases, more than double the previous count announced on Friday, while the new death toll rose by a similar margin to 400.

The CDC’s previous tally was 15,268 confirmed cases and 201 deaths, and the numbers have increased from 432 and 19, respectively, just two weeks ago. The figures are current as of 4pm ET on Sunday.

Meanwhile, the latest figures from Johns Hopkins School of Medicine’s Coronavirus Resource Centre, which are updated more frequently and draw on additional sources at the state level, had the number of US cases at 41,047 as of midday on Monday.

The uptick in cases comes as the US states of New York, California and Washington were declared by the federal government to be national disaster areas to help bring aid to the states faster.

The increase in coronavirus cases increases the pressure on the US Senate to overcome partisan disagreements over a stimulus bill meant to counteract the shutdown of businesses as more Americans are ordered by state and municipal authorities to stay at home.

Senate Democrats blocked legislation late on Sunday on a third economic stimulus and relief package expected to involve as much as US$2 trillion for companies and individuals.

The measure failed to get the necessary 60 votes in the 100-member chamber for a procedural step, after days of negotiations and missed deadlines.

Senate Republican leader Mitch McConnell had delayed a vote several times amid partisan differences. At issue is whether the bulk of the money should go to workers, as Democrats favour, or whether more should go to companies and banks, as preferred by Republicans.

Coronavirus cases have been reported in all 50 states and the District of Columbia.

Meanwhile, the federal Bureau of Prisons (BOP) is still transferring some inmates from New York City and other areas hit hard by the coronavirus to prisons in other parts of the country, even after three prisoners tested positive for Covid-19, the respiratory illness caused by the pathogen, a top union official said on Monday.

AFGE Council of Prison Local 33 President Shane Fausey called on Attorney General William Barr to take “unprecedented” action to temporarily stop the movement of all prisoners between facilities until the virus can be contained.