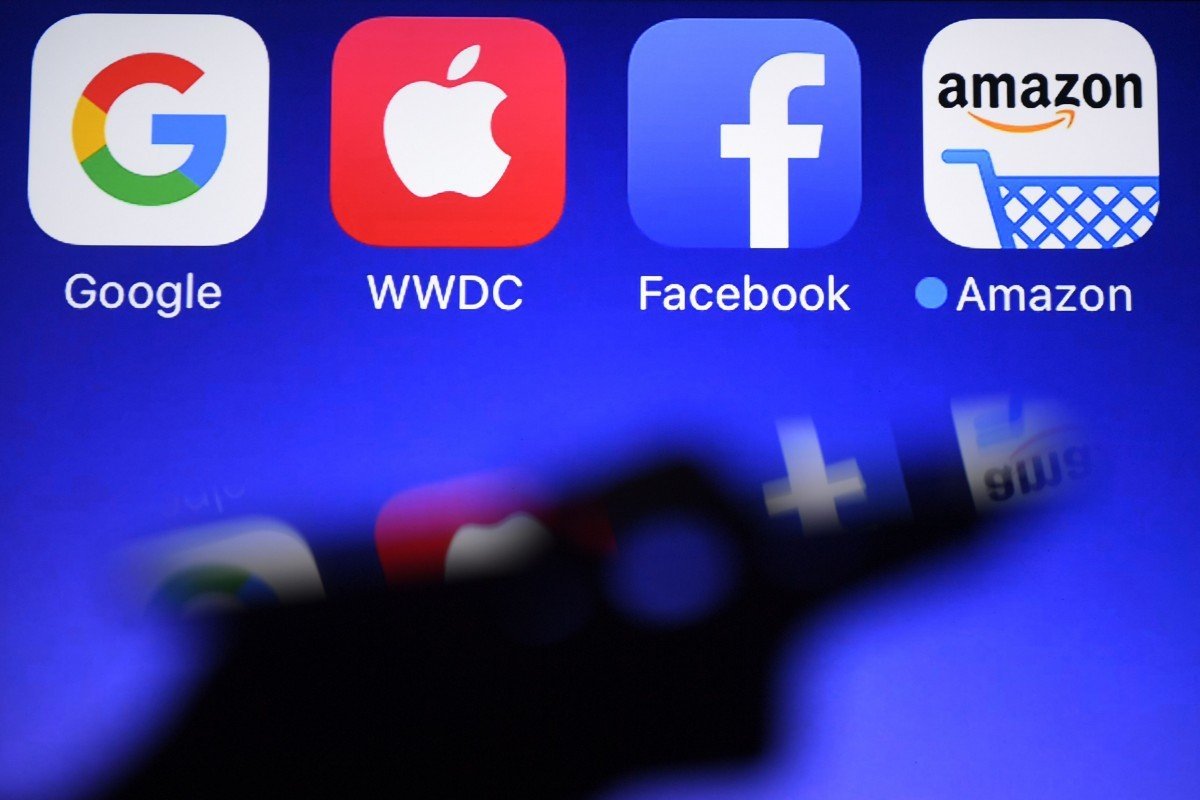 Jeff Bezos from Amazon, Apple’s Tim Cook, Facebook’s Mark Zuckerberg and Sundar Pichai from Alphabet will all face questions. The hearing, originally set for Monday, has been rescheduled

A highly anticipated congressional hearing on anticompetitive practices, bringing together the heads of four US technology giants, has been rescheduled for noon on Wednesday, the House Judiciary Committee has announced.

The heads of Google, Amazon, Facebook and Apple – the world’s biggest technology companies – will be testifying at a time of growing complaints about their dominance and amid calls by some politicians and activists to break them up.

The hearing, originally set for Monday, was rescheduled. The committee did not offer a reason, but civil rights icon and long-time congressman John Lewis will be lying in state in the US Capitol on Monday and Tuesday.

Because of the coronavirus pandemic, the four tech leaders – Jeff Bezos (Amazon), Tim Cook (Apple), Mark Zuckerberg (Facebook) and Sundar Pichai (Alphabet, the parent company of Google and YouTube) – will be allowed to appear virtually if they wish.

It will be a first congressional appearance for Bezos, who also owns The Washington Post.

Pressure has been growing both from the right and the left – and sometimes internally – to do something about the overwhelming dominance of the internet platforms.

The Judiciary Committee has spent more than a year conducting a sweeping investigation into the four companies to determine whether they are guilty of any antitrust abuses and, if so, to consider possible remedies.