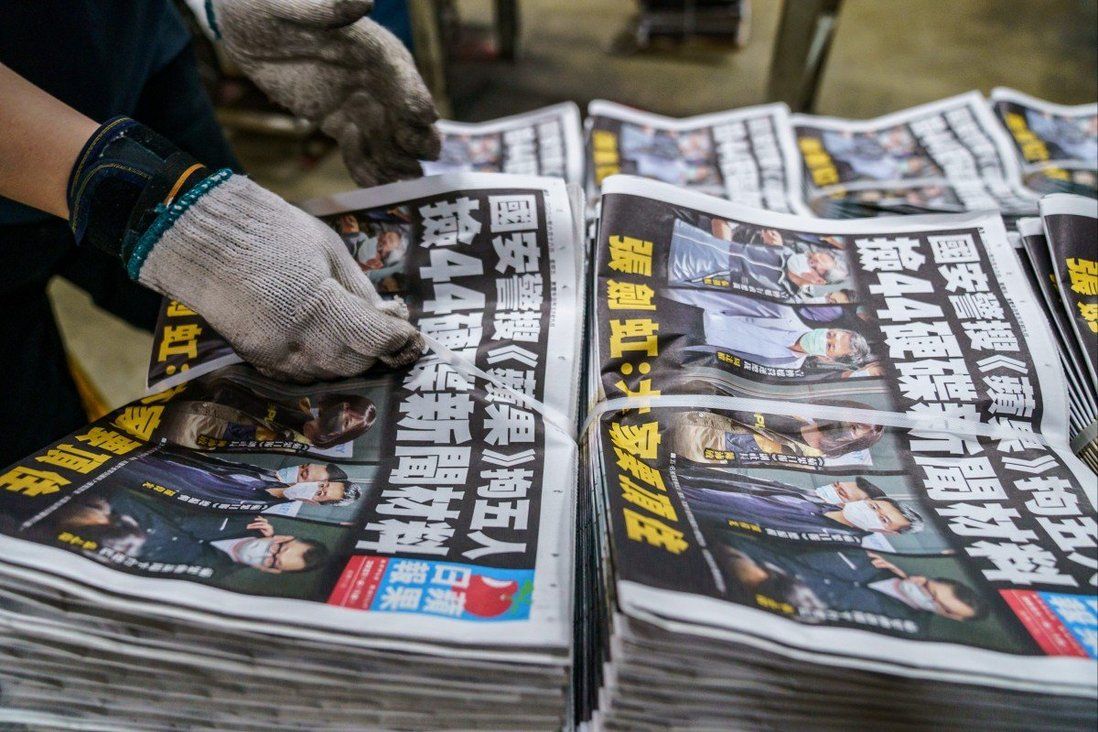 ‘Efforts to stifle media freedom and to restrict the free flow of information … hurt Hong Kong’s credibility and viability as an international hub,’ says US State Department spokesman.

The US government on Thursday denounced Hong Kong’s arrest of the editor-in-chief, publisher and three other executives of local newspaper Apple Daily on charges of conspiracy to collude with foreign forces and external elements.

State Department spokesman Ned Price called the Hong Kong government’s claim that the publication used “news coverage as a tool” to harm national security an effort to stifle dissent in the city and a violation of the Sino-British Joint Declaration that was signed by Britain and China in 1984 to settle the future of Hong Kong.

Authorities also froze HK$18 million (US$2.32 million) worth of assets of three companies affiliated with the newspaper.

“We deplore the reported assertion by a Hong Kong police official that articles published in Apple Daily are evidence of what they call the quote conspiracy to collude with foreign forces, as we all know exchanging views with foreigners in journalism should never be a crime,” Price said.

“We are concerned by increased efforts by authorities to wield the national security laws of tools suppress independent media to silence dissenting views and to stifle freedom of expression.”

“We call on authorities to stop targeting the independent and free media,” he added. “Efforts to stifle media freedom and to restrict the free flow of information not only undermine Hong Kong’s democratic institutions, but they also hurt Hong Kong’s credibility and viability as an international hub.”

The newspaper’s publication of viewpoints from overseas apparently triggered the arrests.

Hong Kong’s Senior Superintendent Steve Li Kwai-wah of the National Security Department said that the more than 30 editorial pieces cited by police in the Apple Daily arrests had breached Article 29 of the national security law, which bans anyone from requesting or conspiring with a foreign country, institution or individual to impose sanctions against the city and mainland China.

Price also called the arrests a violation of the Sino-British Joint Declaration, a treaty registered with the United Nations in 1985 that Beijing has called irrelevant in the context of national security.

The 1984 declaration laid the groundwork for the city’s handover from Britain to China in 1997. It stated that the basic policies regarding Hong Kong would remain unchanged for 50 years, including the promise the city would retain a high degree of autonomy.

The arrests of some of the newspaper’s top editors and publishers “undermine Beijing’s obligations their own obligations under the Sino-British Joint Declaration, which is a binding international agreement to uphold Hong Kong’s quote high degree of autonomy and protected rights and freedoms”, Price said.