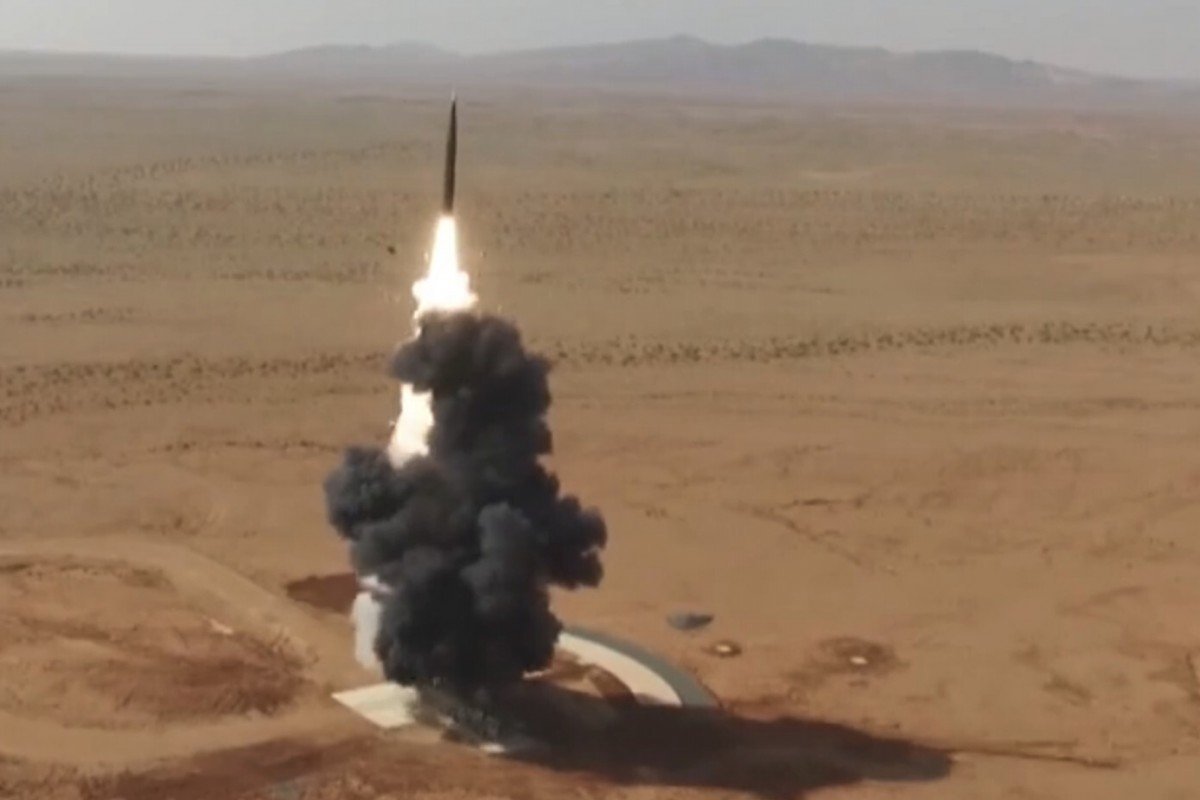 The People’s Liberation Army (PLA) Rocket Force fired two missiles – a DF-26 and a DF-16 – during a recent exercise, the official Chinese military news website 81.cn reported on Tuesday. It did not give an exact date for the tests.

The DF-26 has a range of 4,000km (2,500 miles) and is China’s first conventionally armed ballistic missile capable of striking Guam, a US territory in the western Pacific.

The DF-16 is the PLA’s most accurate short to medium range ballistic missile, designed to hit targets in Japan, including the US military bases in Okinawa.

“We are in a highly alert state for combat, to ensure our actions are prompt and precise,” Liu Yang, the commander of the brigade that carried out the tests, was quoted as saying.

The brigade also took part in an exercise to test their emergency response to an incoming nuclear attack, the report said.

In January, the PLA Rocket Force tested its ability to launch a nuclear counter-attack from within a sealed underground missile facility.

The missile, fitted with three re-entry vehicles – which in wartime could be replaced with nuclear warheads – flew more than 6,000km from a base in California before splashing down at a US testing range in the Marshall Islands in the Pacific Ocean.

According to a report by the Stockholm International Peace Research Institute published in June, the US has 5,800 nuclear warheads, more than any other country in the world.

Despite the prevailing tension between Washington and Beijing, the US Air Force dismissed suggestions the missile launches were linked.

“The launch calendars are built three to five years in advance, and planning for each individual launch begins six months to a year before launch,” it said.

“This launch is not related to any events in the world at this time.”

The military rivalry between China and the US has been particularly noticeable in the South China Sea region, both at sea and in the air.

China has sent a flurry of warplanes to carry out air combat readiness exercises in the past few days, while US reconnaissance planes conducted 67 flights in the region last month, up from 49 in June and 35 in May, according to the South China Sea Strategic Situation Probing Initiative, a Beijing-based think tank.

Also last month, two US aircraft carrier strike groups – led by the USS Nimitz and USS Ronald Reagan – conducted exercises in the disputed waters, while the US and Australia declared Beijing’s claims to the South China Sea inconsistent with international law.