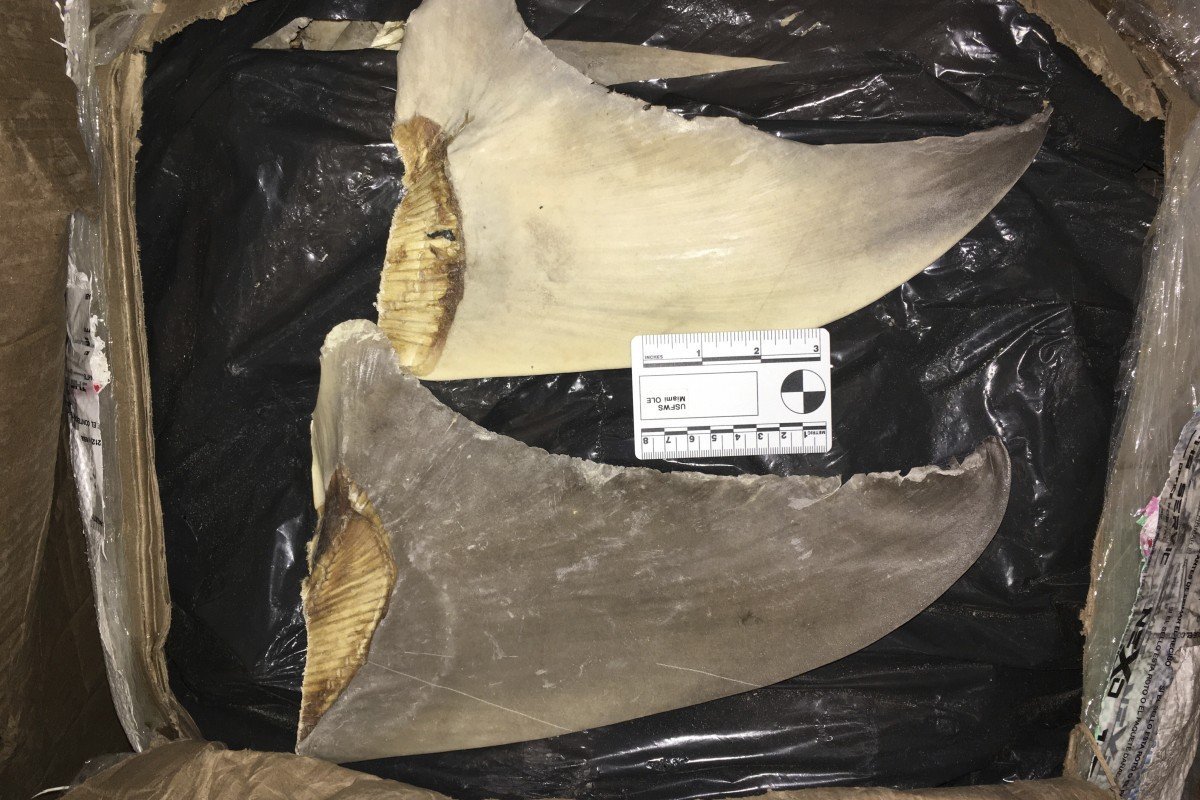 Businessman Terry Xing Zhao Wu is accused of smuggling more than 5,000kg of fins from Mexico and sending them to Asia, as well as dealing drugs within US.

US federal authorities said on Thursday that they have charged 12 people and seized nearly US$8 million in cash, jewels and precious metals after disrupting a criminal enterprise that dealt drugs and sold illegally harvested shark fins to buyers overseas.

US Attorney Bobby Christine of Georgia’s Southern District said that what began five years ago as a US Fish and Wildlife Service investigation into illegal shark fin trading led to authorities “dismantling a major conspiracy” also involved in illegal marijuana trafficking and money laundering.

“This operation is about much more than disrupting the despicable practice of hacking the fins off of sharks and leaving them to drown in the sea to create a bowl of soup,” Christine told a news conference in Savannah.

An indictment in US District Court says that Terry Xing Zhao Wu ran a company called Serendipity Business Solutions in Burlingame, California, that smuggled shark fins into the US from Mexico and shipped them to Hong Kong.

Soups made from shark fins are considered a delicacy in some Asian countries, and that demand has fuelled an illegal practice of catching sharks at sea, removing their fins and then dumping the maimed animals back into the water to die.

Wu was also involved in illegally shipping marijuana from California to Georgia and other parts of the US, according to the indictment.

Using third-party accounts, some of the profits were converted to precious metals and jewels to hide their illegal origins, Christine said. While making arrests in the case, he said, authorities seized more than US$3.9 million in cash, about US$3 million in gold, silver and other metals, as well as US$1 million in diamonds.

Court records did not list defence lawyers for Wu or any of the other 11 defendants indicted on conspiracy charges involving wire and mail fraud, drug possession and money laundering. Christine said the investigation has not wrapped up and there could be more arrests.

“Make no mistake: We’ve hit them where it hurts and we have them on the ropes,” Christine said.

Oh ya 178 days ago
All this because Chinese people think that this will make their dick bigger. It is not going to help. You have small dicks. Stop killing sharks
View all comments (1)Add comment