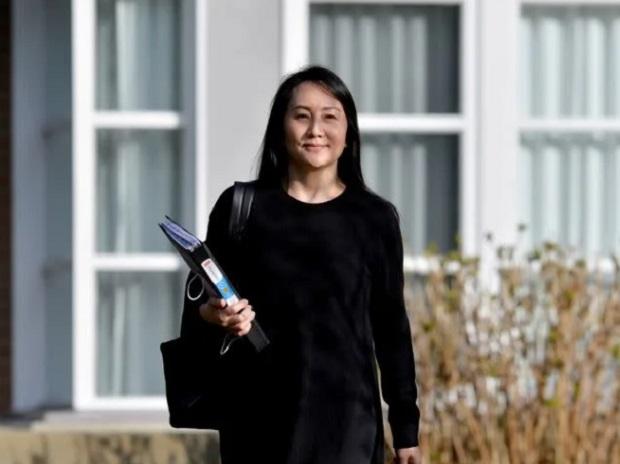 Canada arrested Meng Wanzhou, the daughter of Huawei's founder and the company's chief financial officer, at Vancouver's airport in late 2018. The US wants her extradited to face fraud charges. Her arrest infuriated Beijing, which sees her case as a political move designed to prevent China's rise.

The US accuses Huawei of using a Hong Kong shell company called Skycom to sell equipment to Iran in violation of US sanctions. It says Meng, 49, committed fraud by misleading the HSBC bank about the company's business dealings in Iran.

The lengthy extradition proceeding is entering the committal phase which involves arguments over the US government's request to extradite Meng.

Defense lawyer Eric Gottardi said fraud cases are normally straightforward, with a lie being told that results in someone losing money.

This case is different, he said. The alleged deception is ambiguous at best. The risk of economic loss to the alleged victim HSBC is wholly illusionary.

The shifting theories put forward by the US underscores the weakness of their case, he said.

There is no actual loss in this case. None of the requesting states theories of risk of loss pass muster. They all are either non-existent or entirely speculative.

The threshold for granting an extradition might not be high but it is a meaningful threshold, said Gottardi.

Gottardi disputed claims by Canadian government lawyers that during a meeting with an HSBC official Meng was dishonest in not disclosing Huawei's relationship with Skycom and that put the bank at risk of violating US sanctions against Iran.

There is no evidence Ms. Meng's representation caused HSBC to violate any US sanctions law, he said.

In any event HSBC was not exposed to any real risk to criminal or civil liability.

It was HSBC's choice to take money deposited by Skycom and clear it through the US.

The fact HSBC chose to clear US dollar transactions through it's US subsidiary . . . cannot be blamed on Ms. Meng, Gottardi said.

Frank Addario, another member of the defense team, said during the meeting Meng never denied Huawei and Skycom work closely together in Iran.

She also denied allegations made in a news story that Huawei was involved in selling embargoed equipment.

There is no zero evidence that either Skycom or Huawei violated US sanctions laws respecting Iran, he said.

Meng, who attended court wearing an electronic monitoring device on her ankle, followed the proceedings through a translator.

Associate Chief Justice Heather Holmes isn't expected to rule on Meng's extradition until later in the year. Whatever her decision, it will likely be appealed.

Spavor and fellow Canadian Michael Kovrig were arrested in December of 2018 in apparent retaliation to Meng's arrest.

The Chinese government has released few details other than to accuse Spavor of passing along sensitive information to Kovrig, beginning in 2017. Both have been held in isolation and have little contact with Canadian diplomats.

In another case, the Higher People's Court of Liaoning province in the northeast rejected an appeal by Canadian Robert Schellenberg, whose 15-year prison term on drug smuggling charges was increased to death in January 2019 following Meng's arrest.

Meng remains free on bail in Vancouver and is living in a mansion.
Add Comment