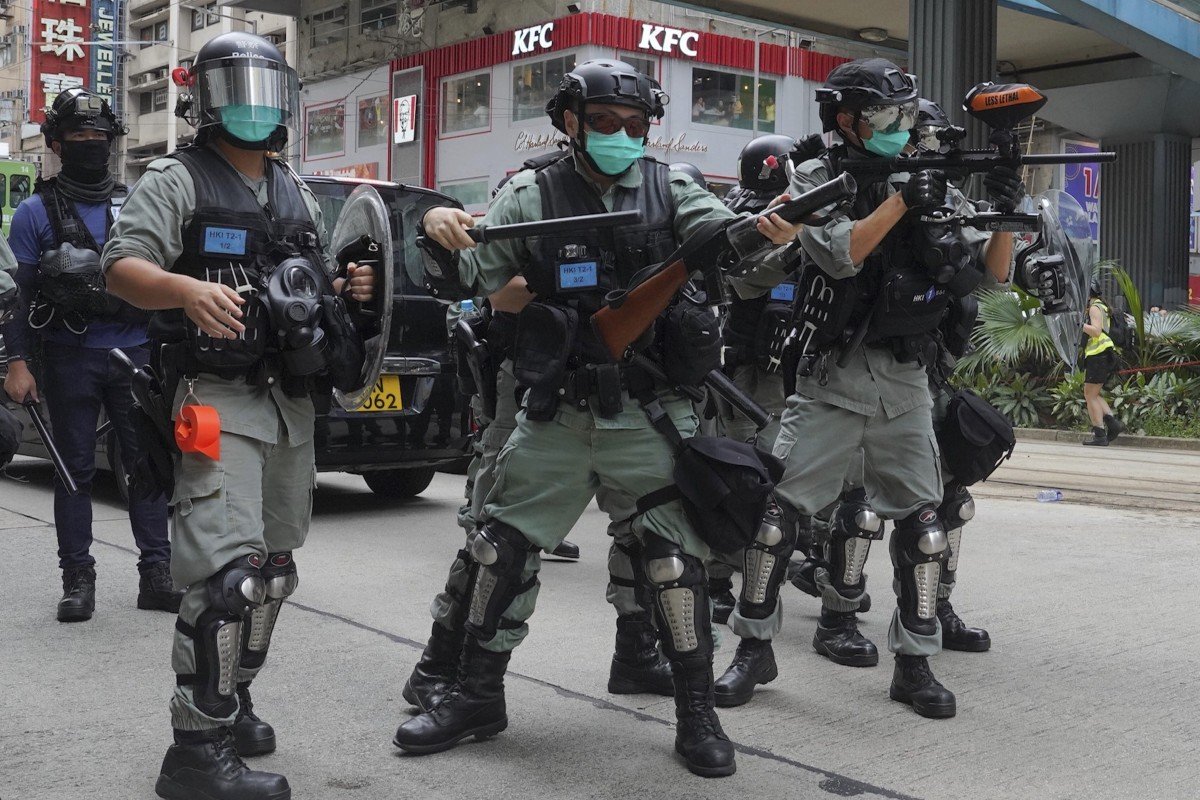 China’s government said it blocked an attempt by the US and Britain on Friday to open a debate at the United Nations Security Council about Beijing’s plan to impose national security legislation on Hong Kong.

Discussion of the plan to introduce a law tailor-made for Hong Kong, with the National People’s Congress’s Standing Committee scheduled to meet next month to iron out the details, was kept off the UN body’s official agenda and proceeded instead as an informal discussion, according to Beijing’s UN delegation.

“The United States and the United Kingdom, for their own political purposes, have been making unwarranted comments, interfering and obstructing, and attempted to push for an open video conference in the UN Security Council,” it said in a statement.

“China expressed strong opposition, and the vast majority of the Council members did not support the US proposal, believing that the Hong Kong-related issues were China's internal affairs and had nothing to do with the mandates of the Security Council,” it said.

The US and Britain have been the most vocal opponents of Beijing’s Hong Kong legislation plan, with US President Donald Trump announcing on Friday that Washington will begin eliminating special policy exemptions it grants Hong Kong after determining that the city is “no longer autonomous” from mainland China.

Meanwhile, British Foreign Secretary Dominic Raab said on Thursday that Hongkongers with BN(O) passports will be able to obtain British citizenship if China enforces the national security law, marking a significant shift in entitlement for bearers of the document that currently does not allow right of abode in the UK.

1/2 The @USUN and @UKUN_NewYork raised the issue of #HongKong at the AOB of UNSC today. This awkward move was not supported by clear majority of Council members: divisive, biased issues which have nothing to do with intl peace & security shouldn’t be brought up in SC

“Today the UK, alongside the US, raised our serious concerns about recent developments with respect to Hong Kong in the Security Council,” Jonathan Allen, British ambassador to the UN said in a statement. “This legislation risks curtailing the freedoms that China has undertaken to uphold as a matter of international law.

“We are also extremely concerned that, if implemented, it will exacerbate the existing deep divisions in Hong Kong society,” Allen said.

China’s UN delegation did not respond to a query about which of the Security Council’s 15 members opposed the proposal by the US and UK to hold a formal debate.

However, Russia’s UN ambassador Dmitry Polyanskiy said in a Twitter post that their move was “awkward” and “not supported by clear majority of Council members”.

The US delegation to the UN did not immediately respond to queries about Friday’s Security Council session.