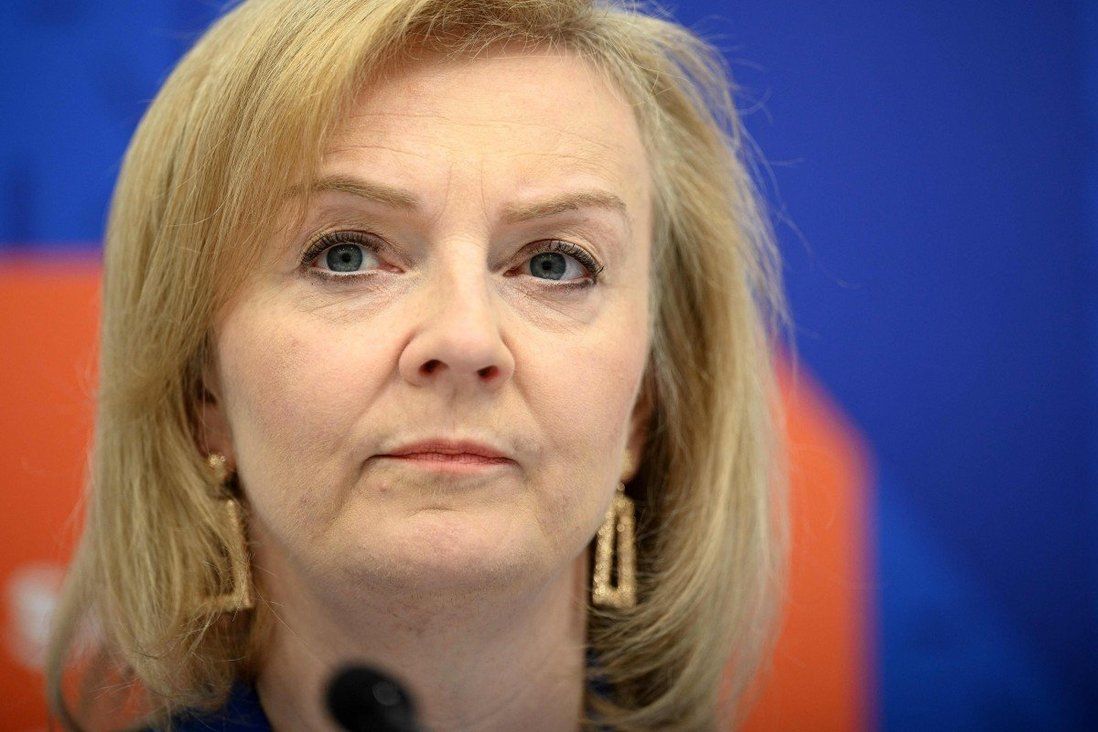 US and allies object to disqualification of Hong Kong district councillors

The ‘arbitrary’ disqualifications ‘prevent people in Hong Kong from participating meaningfully in their own governance’, US State Department spokesman says.

Earlier on Thursday, Hong Kong’s home affairs chief announced that 16 district councillors would be ousted from their positions because of invalid oaths, bringing the total number of recently unseated municipal-level politicians to 55.

“These retroactive and targeted disqualifications, based on the Hong Kong authorities’ arbitrary determination that these district councillors’ loyalty oaths are invalid, prevent people in Hong Kong from participating meaningfully in their own governance,” US State Department spokesman Ned Price said.

Following Beijing’s imposition of a sweeping national security law on Hong Kong last year, the requirement that those in public office pledge allegiance to the city was extended from top officials, lawmakers, and judges to officers of all levels, including district councillors. 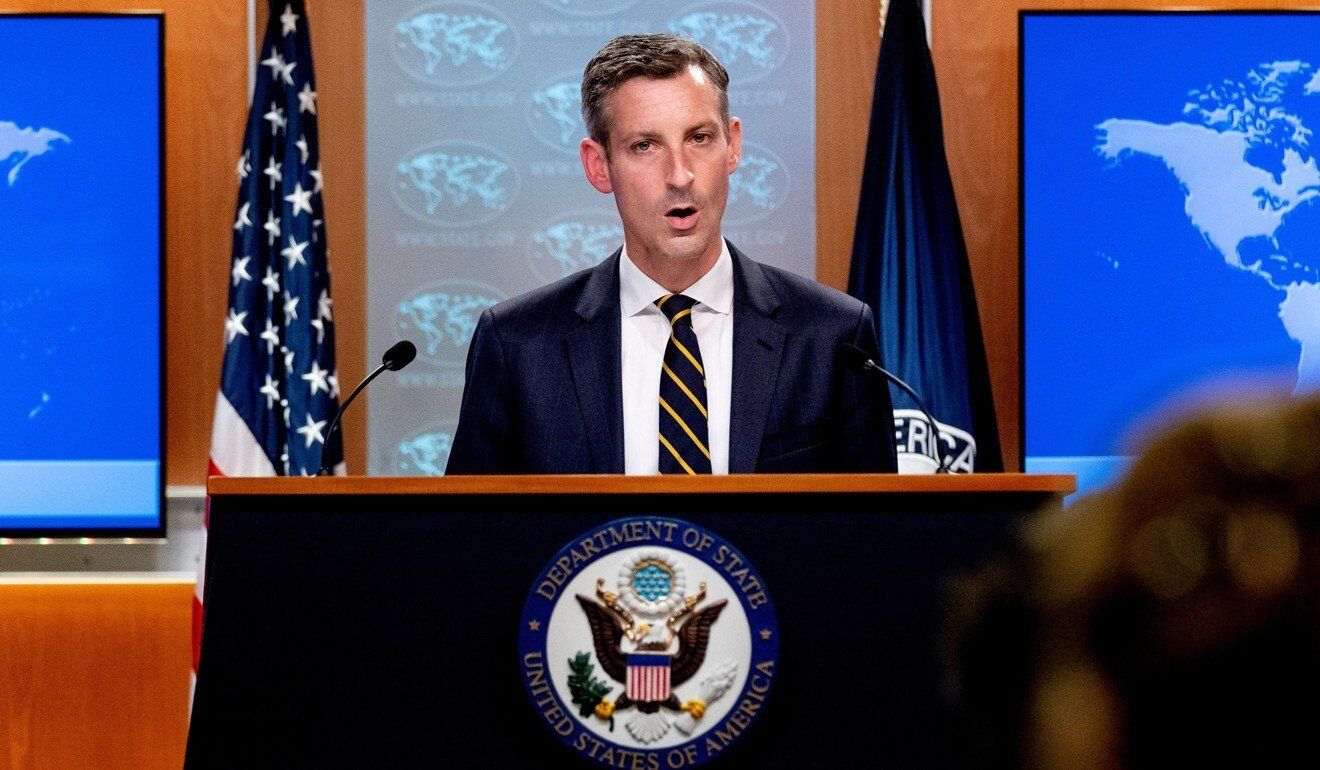 “The oath-taker must sincerely believe in and strictly abide by the relevant oath prescribed by law,” the city’s Home Affairs Bureau said on Thursday. “An oath-taker who makes a false oath or who, after taking the oath, engages in conduct in breach of the oath shall bear legal responsibility in accordance with the law.”

Beside the disqualifications, around 260 councillors have resigned this year over fears that their accrued salaries would be seized if they were ousted over their oaths.

The US remained “seriously concerned at the continued erosion of human rights and fundamental freedoms”, Price said, urging Beijing to abide by its treaty obligations under the Sino-British Joint Declaration, which guarantees Hong Kong a high degree of autonomy until at least 2047.

Calling Hong Kong’s people and civil society its “greatest resource”, Price said the US would “continue to support people in Hong Kong and their rights and freedoms”.

Adding to the criticism, British Foreign Secretary Liz Truss said it was “deeply concerning that 55 district councillors have been disqualified and over 250 pressured to resign for political reasons”.

“The Hong Kong SAR Government must uphold freedom of speech and allow the public a genuine choice of political representatives,” Truss said.

In a statement later on Thursday, an EU spokesperson said that the expulsions and resignations “negate” the results of the 2019 elections and had weakened Hong Kong’s “democratic governance structure”.

“The protection of civil and political rights in Hong Kong is a fundamental part of the ‘One Country, Two Systems’ principle, which the EU supports,” the spokesperson said. “The EU calls on China to act in accordance with its international commitments and its legal obligations and to respect Hong Kong’s high degree of autonomy and rights and freedoms.”

Hong Kong’s district councils, representing 18 localities, became overwhelmingly controlled by the opposition camp in 2019, amid citywide protests over a government plan to allow extraditions to mainland China. Opposition members took 392 of the 452 directly elected council seats, with all but one of the districts coming under their control. 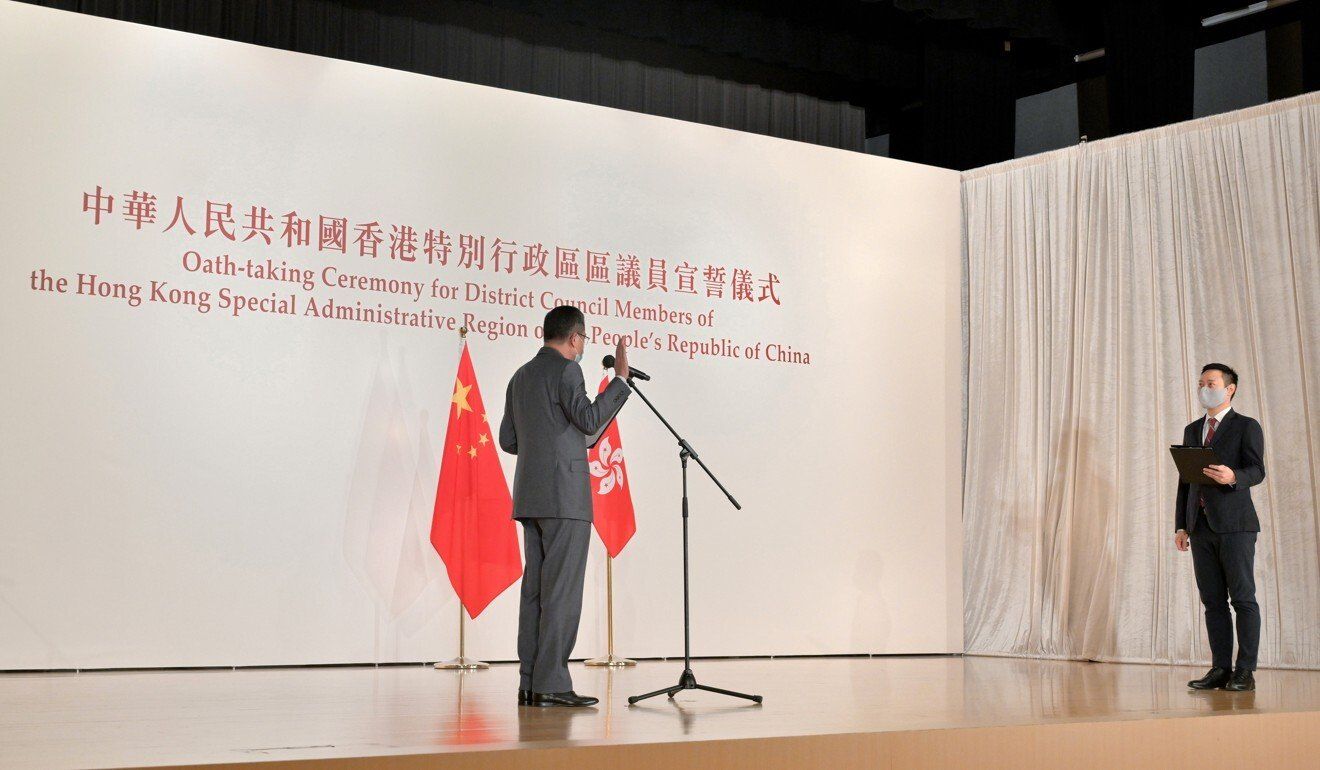 An oath-taking ceremony for district councillors in Hong Kong on October 4.

The oustings are the latest in a string of actions by the Hong Kong government that the US and its allies say are Beijing’s efforts to quash dissent and bring the semi-autonomous city further under its control.

Since the imposition last year of the national security law – which prohibits a broad range of acts under the categories of secession, subversion, terrorism, and collusion with foreign forces – authorities have arrested more than 150 people, according to a tally this month by Bloomberg. Those include journalists, protesters, pro-democracy politicians and lawyers.

The first conviction under the law came in July when a 24-year-old protester, Leon Tong Ying-kit, was sentenced to nine years in prison. Tong was charged with secession and terrorism crimes, after he collided with police officers on a motorcycle while waving a flag carrying the popular protest slogan, “Liberate Hong Kong, Revolution of Our Times”.

“We again call on the Beijing and Hong Kong authorities to release those unjustly detained and cease their crackdown on peaceful civil society organisations,” he said.

The criticism comes as the US seeks to coordinate more closely with Britain and other European allies on responses to Beijing’s actions.

The US, Britain and the EU were among a bloc of governments that sanctioned Beijing in March over alleged human rights abuses in western China’s Xinjiang Uygur autonomous region. Washington and London also recently embarked on a new security alliance with Australia to counter China’s military presence in the Indo-Pacific region – though that pact angered France, which lost a US$66 billion sale of submarines to Australia as a result.

Both the US and Britain have also offered some protections to those who have either fled Hong Kong or are fearful of returning due to the prospect of political persecution.

On Wednesday, the US Citizenship and Immigration Services agency unveiled broad eligibility for a “safe haven” programme that will allow Hongkongers in the US to remain for 18 months even if their current visas expire.

That follows a move by Britain to create a new five-year visa for people from Hong Kong who hold a British National (Overseas) passport, a nationality document granted to some Hongkongers prior to the 1997 handover.