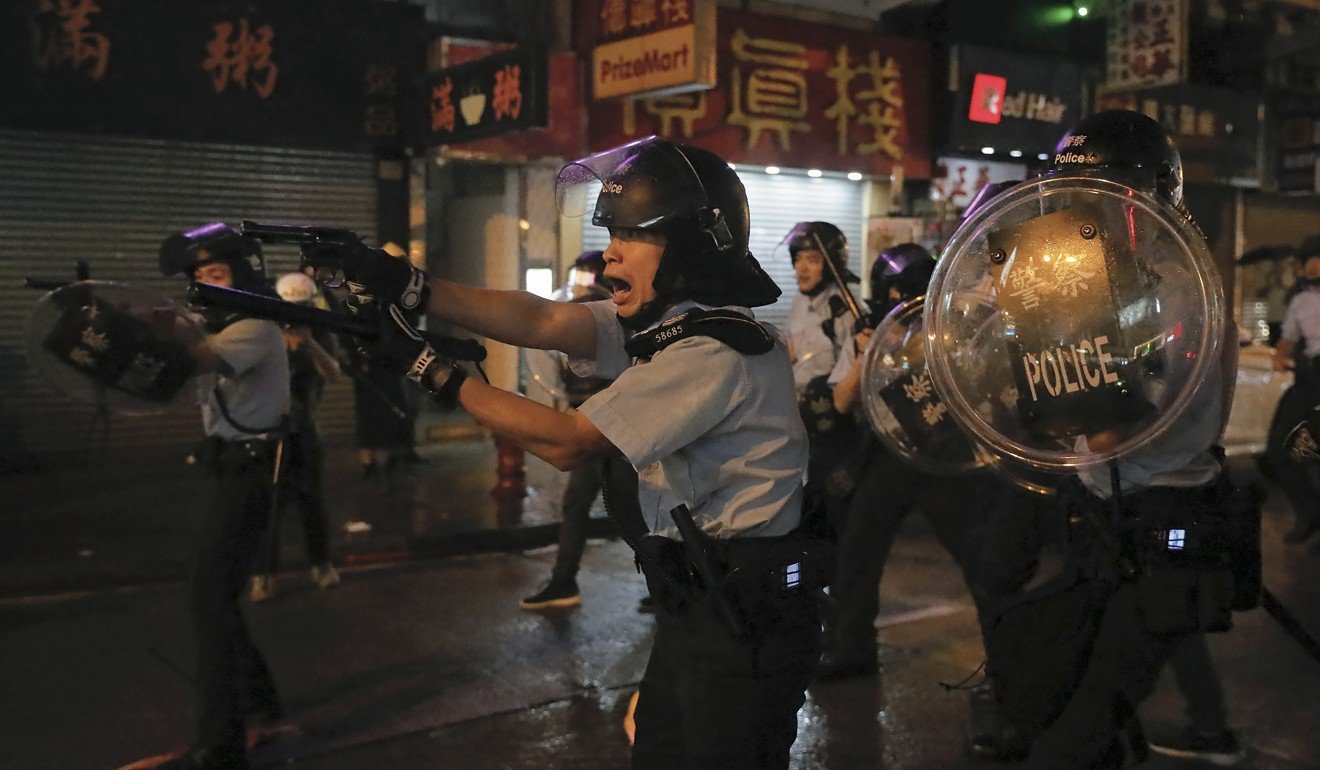 Urged Hongkongers to stop keeping quiet amid escalating violence because protesters would take their silence as a nod to the actions.

Terence Mak Chin-ho, the assistant commissioner of police in charge of operations, urged Hongkongers to stop keeping quiet amid escalating violence because protesters would take their silence as a nod to the actions. “Their radical acts have intensified with the use of more dangerous and sometimes deadly weapons, including bricks, metal poles, long sticks and petrol bombs,” Mak said.

“It is the police’s duty to maintain law and order, protect citizens’ safety and their properties. In the face of illegal actions, police must resort to using proportional force. I hope the public can understand this.”

Mak made the remark a day after officers fired 145 rounds of tear gas, 50 rubber bullets and 13 sponge grenades to disperse protesters in Tsuen Wan.

Fifty-four protesters, aged 12 to 51, were arrested on suspicion of taking part in an illegal assembly, assaulting officers and being in possession of offensive weapons, among other actions.

At one point, on Sha Tsui Road, police said that about 100 protesters assaulted several officers who were not equipped with full riot gear but pepper spray, revolvers, shields and batons.

“In one flashpoint, our officer fell down. But rioters still charged at him brutally. There was a clear intention to take his life. Seeing that an officer’s life was in danger, and after having given repeated warnings to the rioters, other officers there decided to give up on their batons and chose to use the most appropriate force they have – their revolvers,” said Chief Superintendent John Tse Chun-chung of the police public relations branch.

Six officers pointed their revolvers at protesters and passers-by after one fired a warning shot skywards.

“That officer acted with courage and restraint. That use of force was necessary and reasonable,” Tse said.

Soon after the shot was fired, an officer kicked a man who had gone down on his knees to beg him not to shoot anyone. Tse defended the move, saying the policeman was trying to push back the protesters at an intense moment and his hands were full, holding a revolver in one and a damaged shield in the other.

Sixteen officers were injured on Sunday, including one who was stabbed in the back by a sharp object. He was still hospitalised on Monday.

During the weekend of mayhem, 86 people were arrested.

On Monday afternoon, dozens of officers scoured Sha Tsui Road for the sole bullet fired but they could not find any trace of it.

In response to a Junior Police Officers’ Association suggestion on Monday that the force’s management review its operational strategy, Mak promised to conduct a review.

In a separate press briefing, the city’s No 2 official Matthew Cheung Kin-chung expanded on the government’s plans to meet with young people.

“We hope to find out the deep-rooted conflicts in our society and why some young people are so radical,” he said.

Suggesting the path ahead without elaborating, he added: “The government had drawn reference from the French government’s response to ‘yellow vest’ protests. They held about 10,000 town hall meetings.”

On Monday evening, Hong Kong protesters held a press briefing to say that they escalated their use of force merely for “self-defence” purposes in the face of police violence.

“It was because police have escalated the use of force in the first place, using, for example, water cannons. We need to do more to protect ourselves,” said a masked protester who identified himself as Chris Chan and as being in his 30s.

“The use of petrol bombs is also meant to create separation, as we’re fearful more protesters will be arrested.”

Claiming he represented 100 radical protesters, and was in touch with total of 300, Chan said the groups had no intention of holding a dialogue with the government. Previous discussions had only led to protesters losing out, he said.

He cited a high-profile televised debate between ministers, headed by Lam, and student leaders during the start of the Occupy demonstrations in 2014.