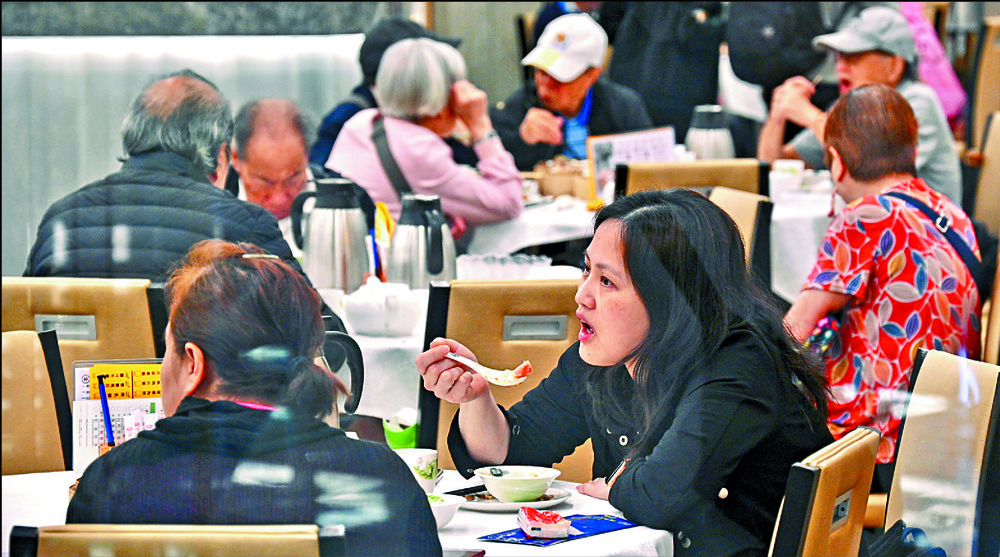 Three restaurant clusters continued to grow yesterday with 15 more cases, as Hong Kong saw 329 new cases and four deaths.
The Centre for Health Protection's principal medical and health officer, Albert Au Ka-wing, said 127 of the infections were confirmed through PCR tests while the remaining 202 were through rapid tests.

The three had lunch at the restaurant on May 11 and one of them was a family member of a previous case in the same cluster.

Au said health officials collected 16 environmental samples at the restaurant and all of them tested negative.

The Sheung Wan cluster at Sky Cuisine restaurant saw six more cases, including five diners and a staff member, taking its total to 60 customers and 10 workers.

Au said there were around 220 diners and 30 staff there when the Covid spread happened on the evening of May 7.

"One third of the diners were infected and they were sitting at separate tables. We believe a superspreader event had happened at the restaurant," he said, adding that the restaurant's ventilation was not ideal.

Au said genetic sequencing showed that the virus underlying the cluster was "almost the same" as the one spreading in the Covid-hit Sai Wan Estate, with a restaurant staff living in a block on the estate's west terrace was likely to be the source of the cluster.

But "we are not sure whether there was another superspreader at the restaurant," Au said, "as the staff only had mild symptoms and tested negative every day until May 12."

Another cluster at Imperial Kitchen in Kwun Tong saw six more patients, bringing its count to 25 customers and one staff.

Au said the kitchen is a private facility of 1,000 square feet instead of a restaurant, and 45 people visited on the night of May 9 to attend a gathering.

Health officials will check surveillance camera footage as part of further investigations and the Food and Environmental Hygiene Department will investigate whether the eatery and those who gathered had violated anti-epidemic rules.

The SAR saw 31 new imported cases, including a 29-year-old woman from the United Kingdom who carried the new Omicron BA.4 subvariant. Hong Kong has recorded eight BA.4 cases so far.

Centre for Health Protection controller Edwin Tsui Lok-kin yesterday said it's hard to tell whether the slight increase in infections is a rebound of the fifth wave or the beginning of a sixth wave.

But he said people did not have to worry, as other indicators, including the number of hospitalizations and severe cases, remained stable.
#Covid
Add Comment