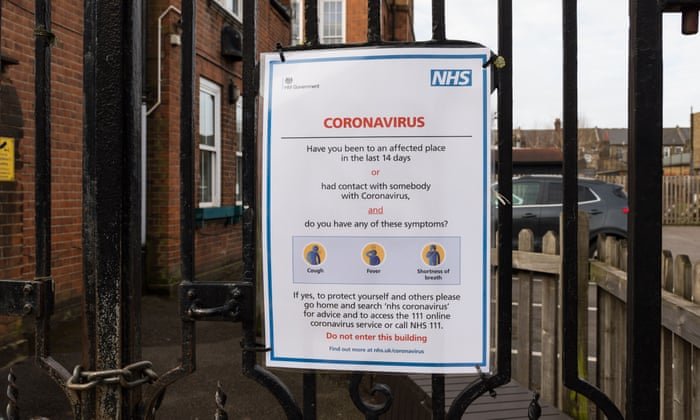 Up to 1,500 English primary schools to defy 1 June reopening plan

As the backlash escalated over the government’s policy of lifting the coronavirus lockdown on schools in a fortnight, a number of new local authorities said on Tuesday they would not force primary schools in their area to follow the plan. Councils joining those already in opposition included Birmingham, Calderdale council in Yorkshire, and Conservative-controlled Solihull. In total they represent more than 1,500 maintained primaries.

With more councils likely to join them on Wednesday, the education secretary, Gavin Williamson, met union leaders to address concerns that the plan could put staff at risk and contribute to the spread of coronavirus. Downing Street said its aim was to work “in a consultative way” rather than impose penalties on schools or councils that rejected the reopening date.

Reports earlier this week suggested councils that refused to comply could be subject to legal action or even financial penalties, but the prime minister’s spokesman told reporters: “We are continuing to work closely with teachers, schools and the unions, as we have done for the past eight weeks, and remain keen to hear any concerns they may have.

“We are preparing for the possible opening of schools for more children from 1 June at the earliest, but that will only happen if it is safe to do so. But we do also have to bear in mind the harm which can be done to children by missing out on important education.”

Asked if there could be any sanctions for those who disagreed, he said: “You can see what the focus of our attention is at the moment, which is trying to work with them in a consultative way in order to be able to open schools to more pupils in a way that is safe.”

The government has said it wants children in nursery, reception, years 1 and 6 to begin a phased return to schools from 1 June, with other years following soon after, so primary children are in school for a month before the summer holidays, as long as the government’s five tests for easing lockdown have been met.

However, another obstacle to the 1 June target emerged on Tuesday when the deputy chief scientific adviser Dame Angela McLean said all changes to lockdown would require an effective system for tracing and isolating new cases to be in place, effectively adding a sixth test. McLean said changes should be based on “observed levels of infection … and not of a fixed date”.

Apart from the councils that have said they will not be opening primary schools according to the government timetable, others, including Bristol, Southampton and Newcastle, said they would leave it to individual schools to decide based on risk assessments.

The Labour leader of Calderdale council, Tim Swift, said the “clear professional advice” they have is that not all of the government’s five tests for opening schools are being met. He cited concerns over the local rate of infection and limited access to testing.

“There is not enough evidence that the levels of infection in the community are low and falling; and we are not confident that there is guaranteed access to testing so that, in the event of a case, both the individual concerned and all their contacts can be identified and rapidly tested for the virus,” he said.

“Our priority as a council and as a Labour group throughout this crisis has been to put the safety and wellbeing of our community first. For these reasons, whilst we want our schools to plan for opening up to more children when it is safe to do so, we are strongly advising schools that they should not be doing this as soon as 1 June.”

Labour-held Leeds city council said the government reopening date was impossible. “Due to a variety of factors, it would be impossible for all schools to operate to the government’s timetable of opening reception, year 1 and year 6 from 1 June,” said Cllr Jonathan Pryor, an executive member for learning and skills. “While some schools will begin to gradually expand their intake from this date, Leeds will not expect all our schools to open to all those pupils from day one.”

Birmingham city council wrote to parents saying schools would only open to more pupils when it was safe. “We all know how valuable regular attendance at school is, particularly for the most vulnerable children, and we are committed to having due regard to the guidance that has been issued by the government. However, we recognise that for some schools, opening to more pupils safely may not be possible on 1 June, while parents and guardians must also feel reassured.”

Ian Courts, the leader of Solihull council, said the priority was to ensure the safety of every child and staff member. “The reality in Solihull is that schools will need to use that first week in June to ensure they are completely ready for more pupils to attend. So places may only be available from the week beginning 8 June.”

In Bradford, Cllr Imran Khan, portfolio holder for education, employment and skills, said: “Bradford council has no intention of directing schools to open on 1 June or to force parents to send their children back and we are committed to working in partnership with school leaders, families and trade unions so that they can make sure their schools are safe environments for our children whenever they choose to open.”

Wakefield, in West Yorkshire, Barking and Dagenham, and Redbridge – both in London – have also expressed reservations about the 1 June date.

As councils contacted parents, the NASUWT teaching union warned the government it would have to do more to win the trust of teachers, after a poll of almost 30,000 members found just 5% believed it was safe for more children to return from 1 June.

On Tuesday, a recording emerged of the National Education Union chief, Dr Mary Bousted, telling members that while its “negotiating position” was that it would not engage with the 1 June plan, that could change if public support for its stance waned.

Secondary school pupils preparing for exams are expected to get some “face time” with teachers where possible. Schools have been closed since 20 March, except for the children of key workers and vulnerable pupils.