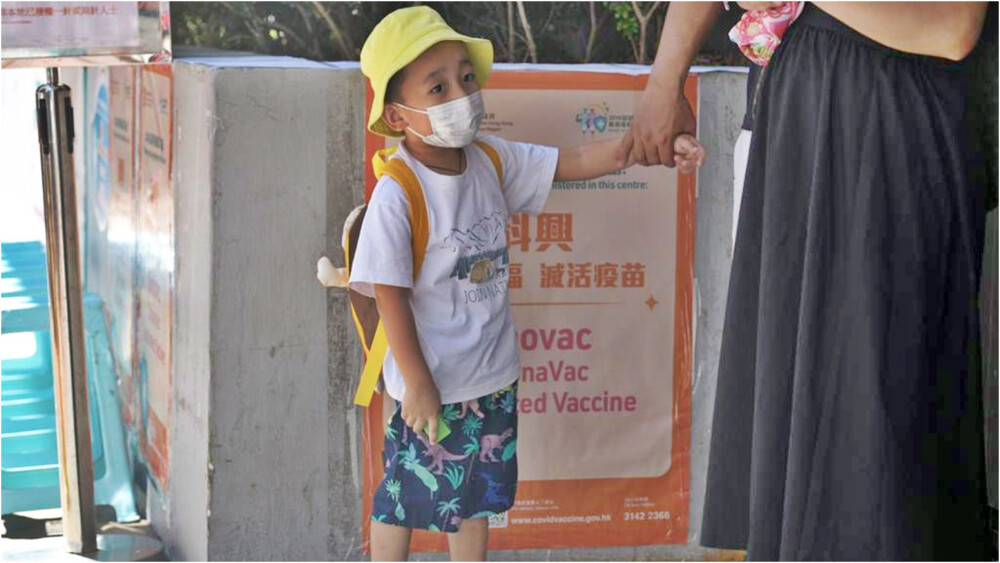 About 50,000 children aged five to 11 will be barred from entering premises such as restaurants, libraries, and sports venues from Friday when the vaccine pass requirement is extended to cover the age group.
Starting from Friday, the age requirements for the vaccine pass will be lowered from 12 to five years old. Children aged five to 11 need to have been inoculated with at least one jab to enter premises with mandatory vaccine pass checks.

Those who received their first shot more than three months ago will need a second jab to be eligible. The second stage of the extension will begin on November 30, requiring all children from the age group to be double jabbed.

Government officials said earlier that among 400,000 children in the age group, about 50,000 have not received a single vaccine dose.

The official added that only 16.8 percent of children under three had received the first jab as of Wednesday.

The SAR government had previously updated its LeaveHomeSafe contact tracing app to allow users to add up to eight vaccine passes of their "companions" - who must be 65 or older or children under 15.

After users scan the venue’s QR code to record their visit, the primary user’s vaccine pass will pop up, while the companions’ vaccine pass can then be displayed by scrolling the passes sideways.

Authorities said earlier they understood that the elderly and children may be taken care of by different carers and that users will not be required to prove their kinship with the companions before adding their vaccine pass onto their app. The application will not store the companion’s travel records.
#vaccine
Add Comment