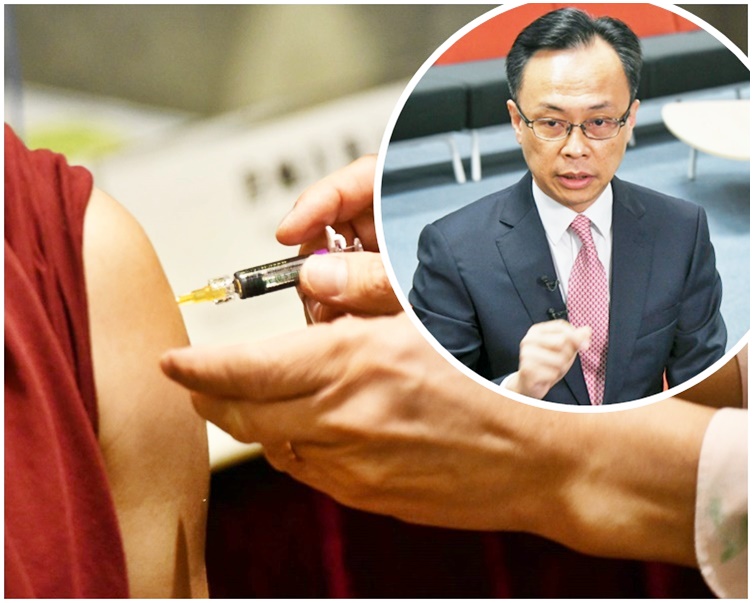 To boost Hong Kong's vaccination rate, Secretary for Civil Service Patrick Nip Tak-kuen said the government intends to increase the frequency of self-paid testings for unvaccinated civil servants from every two weeks to once a week.
Nip said on a TV program on Sunday that it seems reasonable to give a day off to government employees to receive a third Covid-19 vaccine dose. He also called upon private enterprises to follow the government's measures.

A total of 35,000 people have made appointments for the third dose in the first two days.

Nip said that the government would take into account public response and the capacity of vaccination centers, to extend the booster jabs to everyone who had received Sinovac jabs as soon as possible.

As for whether those who received two doses of BioNTech vaccines can get a booster jab six months after their vaccination, he said the government will make an announcement on that later.

He added that administering booster jabs has no direct link to resuming quarantine-free cross-border travel with the mainland, but it will be a factor which the mainland authorities will consider.

Nip, who has already received two doses of Sinovac vaccines, said he would definitely receive a third dose but is unsure of which vaccine. He would announce his choice after receiving his jab.