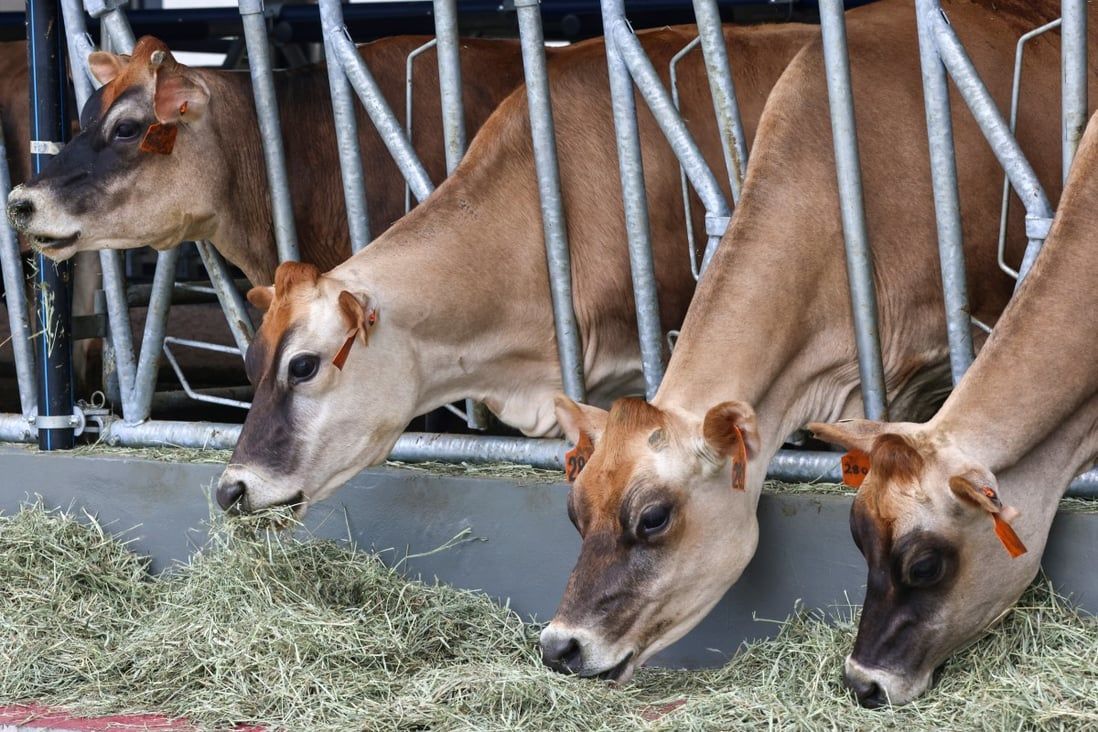 City University’s facility expects to produce its own milk and ice cream next year.

Hong Kong’s first new dairy farm in two decades will be a teaching and learning facility for local veterinary students and expects to produce its own milk and ice cream next year after opening on Wednesday.

The Tai Po farm is operated by City University (CityU) and houses 24 Jersey cows, a British Channel Islands breed of small dairy cattle flown in from Australia in September.

“It affords our veterinary students hands-on practical experience with these cows. Something that they have never been able to do in Hong Kong before so the exciting part is the educational opportunities it gives to veterinary students.” 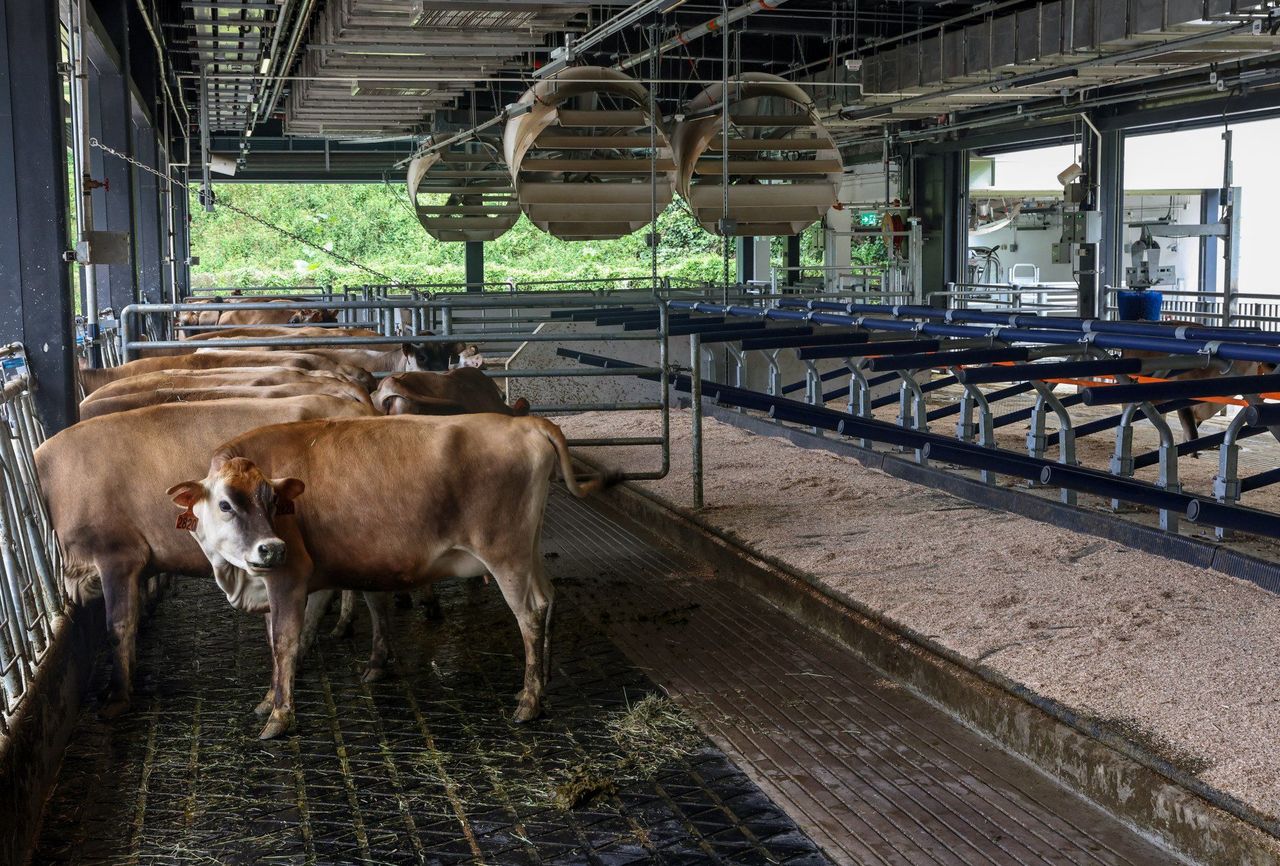 Veterinary students will get hands-on experience in taking care of cows at the dairy farm.
The farm features various facilities such as barns for cows and calves, feeding tables, milking machines and a room for processing milk.

CityU was the first and only local university to launch a veterinary medicine programme in 2018.

Undergraduate veterinary students will attend compulsory courses involving the farm during their six years of studies where they will learn basic animal handling, conducting clinical examinations, disease diagnosis and treatments for cattle, as well as animal welfare, farm management and food production and safety.

Professor Vanessa Barrs, the acting dean of the veterinary college, said the skills that students learned at the farm would be useful for their future career, including working for the government to manage feral cattle in the city, conducting research related to cows and becoming reproductive specialists.

“The diverse veterinary knowledge and skills our students will learn means that they are trained to be talented problem solvers. They are great lateral thinkers, and they are great at thinking outside the box,” she said.

“And even though many of our graduates might not go on to be dairy cattle veterinarians, the skills that they learned here on a dairy farm will be used in some form or other.”

The cows at the farm are due to give birth between late January and mid March and will be able to produce 20 to 30 litres of milk per day for nine months. 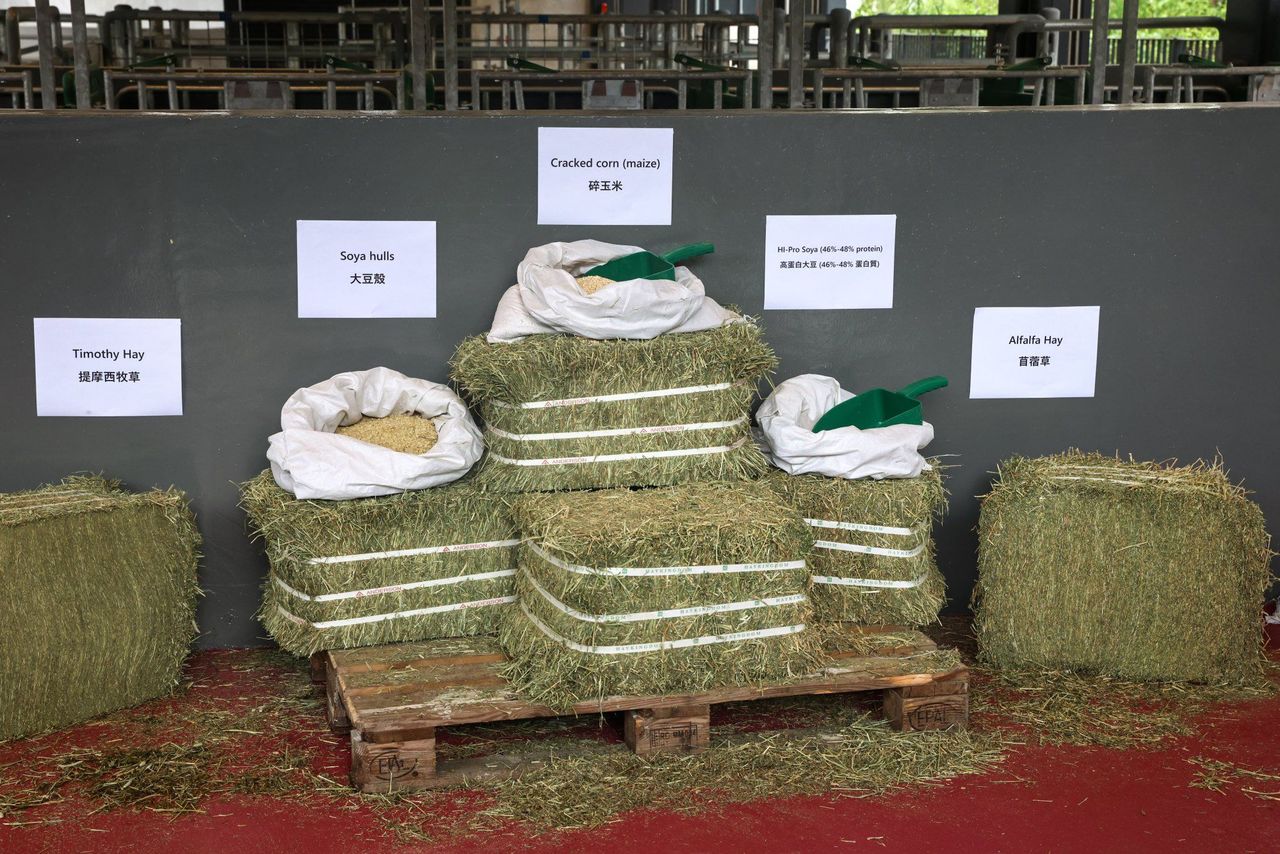 Students will learn about feeding and caring for livestock at the university’s new dairy farm.

Milk and ice cream produced by the farm is expected to hit the shelves of the CityU campus in February next year.

“The milk that we produce is really just a by-product of teaching the veterinary students. Our focus isn’t on the commercial side. Our ethos is all about teaching the best standards of animal husbandry and animal welfare,” Done said.

“But obviously, we have developed the commercial aspect because we are aiming to be as sustainable as possible. We don’t want to waste the milk.”

Done said although the farm would not be open to the public, they wished to work with local schools and organisations to educate people about dairy production and cattle.

Attending the farm’s opening ceremony, CityU president Way Kuo said it was “a proud moment” for the university and Hong Kong.

“CityU farm today makes a milestone in the development of realising the ‘one health’ concept,” he said, referring to an integrated approach to balance and optimise the health of humans, animals and the environment.

“We’ll take care of the well-being of the human beings, the environment and the welfare of the animal, which is the utmost important subject for us to address.”