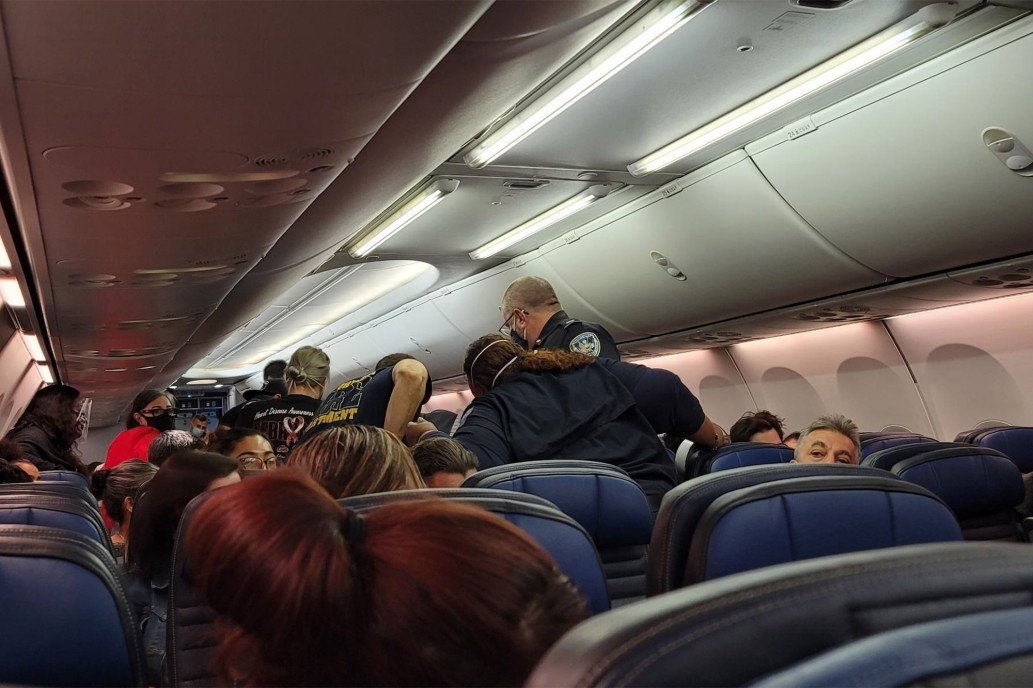 A United Airlines passenger who died after collapsing on a Los Angeles-bound flight — and receiving CPR from fellow travelers — had the coronavirus, a coroner said.
The 69-year-old man, identified as Isaias Hernandez, passed away at a Louisiana hospital shortly after United Flight 591 made an emergency landing in New Orleans on Dec. 14.

Several other passengers had attempted to revive him for over an hour in the air — even after the man’s wife admitted her husband had been experiencing COVID-19 symptoms.

Hernandez had mistakenly said he did not have any coronavirus symptoms on a pre-flight checklist, the newspaper said.

Nearly 200 people were on board the Orlando-to-LA flight when he lost consciousness mid-flight.

One of the fellow passengers who came to his aid, EMT Tony Aldapa, said on Twitter that he knew the risks of performing CPR but “could not have sat idly by and watched someone die.”

Hernandez’s wife later said that her husband had been scheduled for a COVID-19 test when the couple arrived in California — after he lost his senses of taste and smell and was having trouble breathing, according to the Washington Post.
#Coronavirus  #COVID-19  #Covid
Add Comment