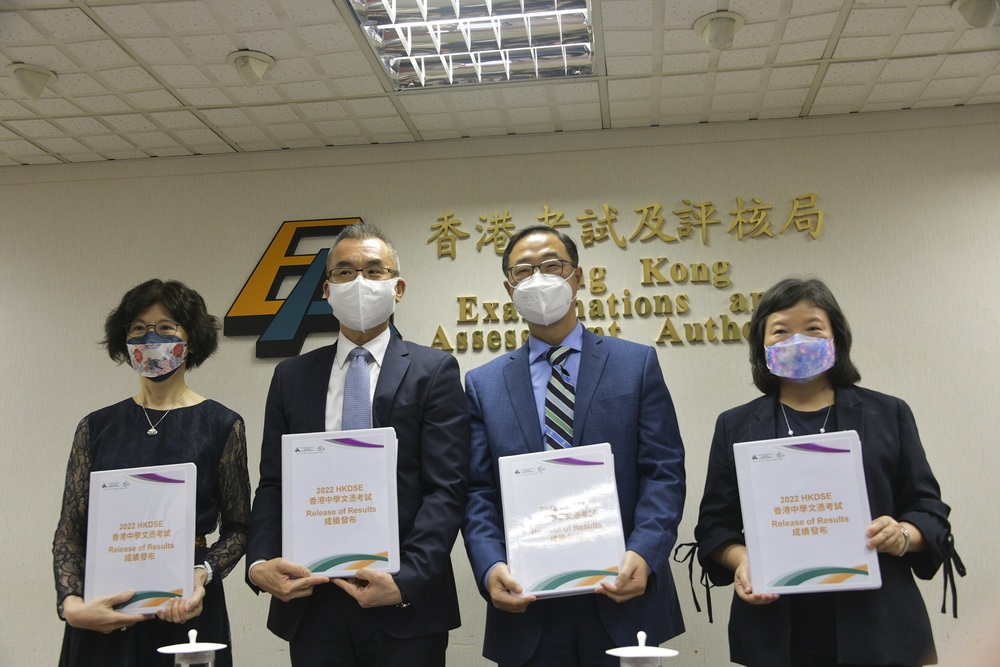 The other three boys and one girl got 5** for seven subjects, while 13 other students got 5** for six subjects.

Hong Kong Examinations and Assessment Authority (HKEAA) disclosed some of the details in advance in a Tuesday press conference. The full results of the DSE exams will be released tomorrow (Wed).

The minimum requirement asks students to score at least level 3 in the Chinese and English language subjects and at least level 2 in Math (Compulsory Part), Liberal Studies, and an elective.

Among those students, 59.7 percent scored level 3 or above in the Chinese language subject and 53.2 percent in the English language subject. As for Math and Liberal Studies, 82.2 and 89.8 percent reached the minimum requirement of level 2, respectively.

The authority said a total of 26 candidates infected with Covid-19 and 18 candidates undergoing quarantine sat their exams at the quarantine center in Penny’s Bay.

Another five infected students filed for constructed results for 10 subjects after they were too sick and missed the exams.

The arrangement allows candidates to receive a final subject result up to level 5, derived from the students’ school performance, internal assessments, and mock examinations.

One candidate was disqualified from all of the exams after being found using a smartphone to search for online information related to the exam. Authority met that candidate for an explanation and ruled that candidate cheated on purpose in the end.
#COVID-19  #Covid
Add Comment