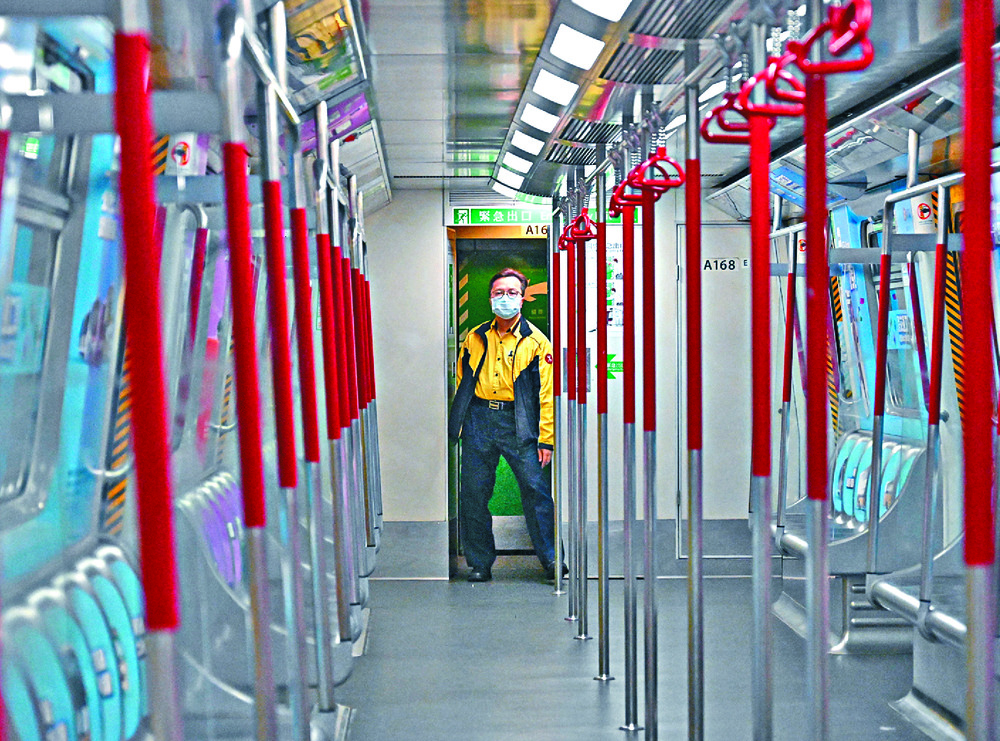 A quarter of the MTR Corp's staff are unable to work after contracting Covid or being put in quarantine, which is prolonging waiting times for train services, a union said.
Hong Kong Federation of Railway Trade Unions chairman Lam Wai-keung said yesterday that there are at least 2,500 MTR staff who are unable to work. That accounts for around 25 percent of the MTRC's overall manpower, he added.

Lam said: "Our colleagues are barely holding up as they are canceling their holidays and working overtime in order to maintain basic railway services.

"I expect the situation to continue until at least next week. I cannot predict whether it will worsen."

The union hopes the closing of stations can be avoided, Lam noted, in the event that labor shortages worsen.

Sources have said that the MTRC plans to close stations only as a last resort.

"I hope we can maintain railway services under safe circumstances even if we have to further reduce train frequencies," Lam said. "If we close even one station, it will really cause a headache."

The MTRC announced that as of 6pm yesterday, 96 members of its staff and contractors tested positive in the past 24 hours, taking its tally to over 2,300 infected during the fifth wave.

Train frequencies were reduced on Friday by one to four minutes across eight railway lines due to the absence of staff and a drop in ridership.

Meanwhile, Kowloon Motor Bus is stepping up its disinfection measures. Drivers are now provided with disinfectants to sanitize the driver's cabin and the entirety of the bus before every trip. The bus operator said bottles of disinfectant have been placed at bus terminals and staff lounges for drivers and staffers.

Air-conditioners on its buses will be cleaned once a week while over 600 of its 4,000 buses have been updated to include window vents such that there is natural ventilation within the bus compartments.

Bus captains and frontline staffers will also be required to take rapid antigen tests before they are allowed to work.

The Transport Department had allowed the bus operator to temporarily suspend 88 of its routes after more bus captains contracted Covid combined with a nosedive in ridership.
#Covid
Add Comment