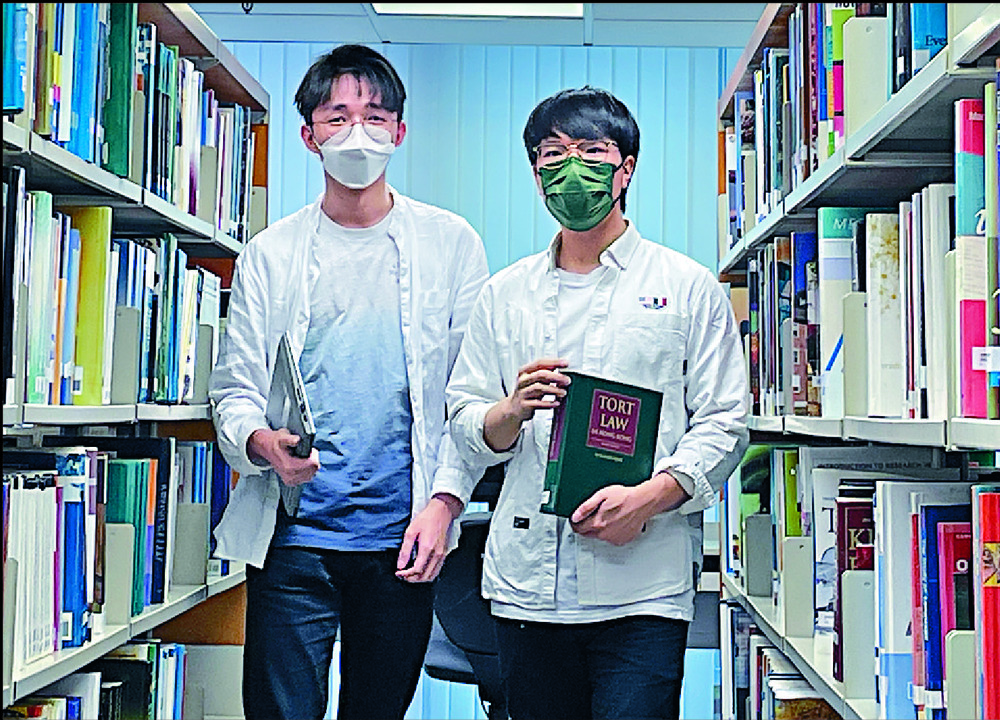 Never had Jane Wong Zi-lam pictured himself being able to pursue his dream of becoming a lawyer after getting only 12 points in the Diploma of Secondary Education exams, but he did it and law school beckons at City University.
That is the reward of two years of hard work at HKU School of Professional and Continuing Education studying for an associate degree.

Wong remembers the day on July 12, 2020, upon finding out he got only 12 points in his best five subjects. "I was disappointed, but I chose to accept the results."

That left him with three paths: retake the DSE exams; appeal his results; or get an associate degree. "Studying at HKU SPACE Community College was one of the best decisions I have ever made and I have no regrets."

His journey to law school was made harder by his lack of fluency in English. "I couldn't understand what the teacher taught in the first class," he said. "I could only rely on Google Translate."

To catch up, he only had a big breakfast, and spent the rest of the day studying.

"I usually put at least 100 hours into an assignment," he said, often reviewing his arguments repeatedly until the wee hours.

To improve his English, Wong "just kept reading and writing." He also came to grips with every Basic Law article to develop a better linguistic sense,"

His efforts translated into a 3.98 GPA, a 7.5 in the IELTS English language test and law studies starting in September.

Another student who refused the lesser paths offered in life is Thomas Kong Pak-lam, who is off to read computer science at Hong Kong University of Technology and Science.

Kong was an associate degree student at the college after his DSE exams in 2018, but he quit because of financial issues and he was of a mind that study held no interest for him.

"But after starting work, I realized studying is far more comfortable," said Kong, adding that his pay for installing and repairing air-cons "was high but the job was a toil."

He returned to the college last year for a higher diploma in information technology.

For Kong, the most significant change is that he now has a clearer goal: he doesn't want to do such menial work again. And that goal has spurred him into studying harder.

He now wants to be a cyber security programmer.
Add Comment