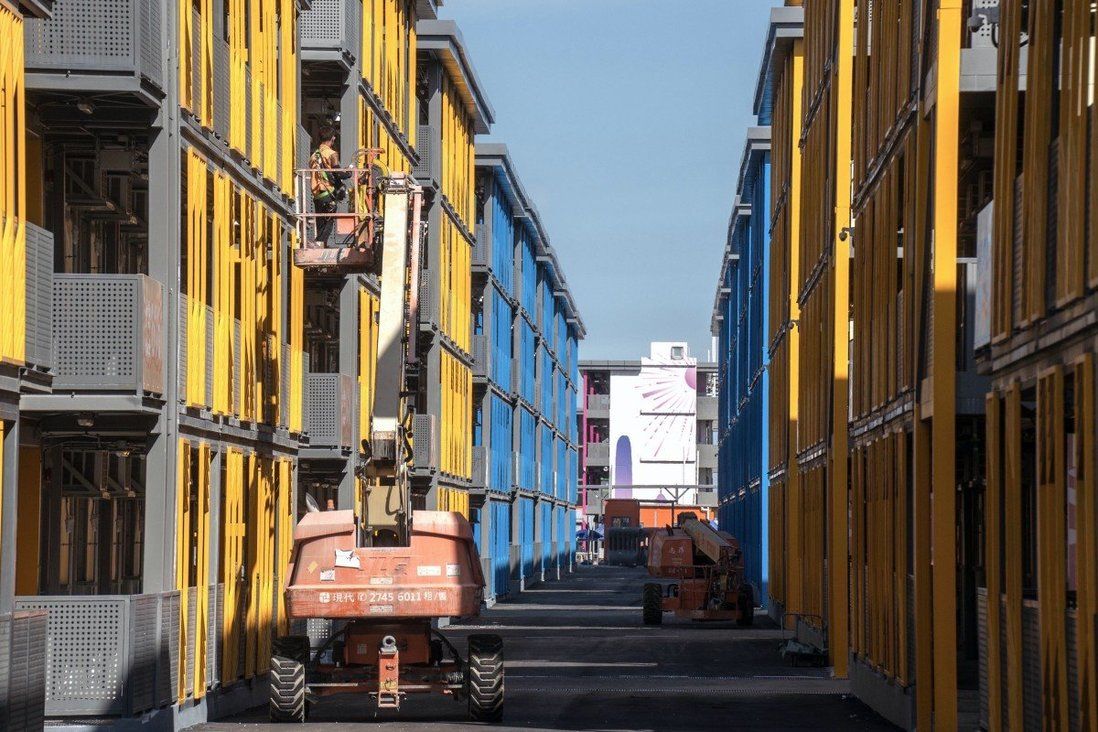 Proposals to repurpose quarantine centres and pockets of government land, and build a multistorey youth hostel, might seem unorthodox, but the city needs short-term housing solutions as well as long-term ones since larger projects will take a decade or more to bear fruit.
In response to the call by Chief Executive John Lee Ka-chiu to resolve Hong Kong’s perennial housing issues, we at the Tanner Hill Workshop have some proposals for near-term solutions. Hopefully they can help address the shortcomings in the current government housing supply plan for the next 10 years.

Our approach focuses on short timelines and being budget-conscious. As such, we have sought to identify underutilised urban government land and existing resources, optimised usage while favouring dual use where appropriate and conducted preliminary technical and economic feasibility studies, taking access to public utilities and construction complexity into consideration.

Our team – which includes an architect, a surveyor, a statistician and hospitality executives, among other professionals – has examined three easily deployable sites.

First, as the Covid-19 pandemic wanes and demand for quarantine centres drops, the recently completed isolation centre at the old Kai Tak runway could immediately be made available. Its 3,000 rooms could serve as decanting sites for people who live in subdivided flats and are affected by urban renewal projects, such as the one in nearby Kowloon City.

These rooms, which are fitted with sanitary and cooking facilities, should be put into active use. They could be used as transitional housing before being vacated when Kai Tak is turned into a bustling business and tourism hub once the planned facilities and infrastructure are in place.

Second, the land loop of about 2.5 hectares near the Eastern Harbour Tunnel and just opposite the Taikoo Place business hub is currently home to an abandoned vehicle yard, a locked-up community garden and more. This land could be put to use with better utilisation and organisation.

We could deploy 500 or more rooms from the isolation facilities at Penny’s Bay as transitional housing, particularly for young working people. With government willpower, relocation could be almost immediate after refitting the facilities and connecting utilities.

Third, just a block away from the Quarry Bay Model Housing Estate lies the low, open structure of Pak Fuk Road Safety Town. This outdated facility is not used very much by children any more, and our findings show that schools only make bookings there about once a week.

A multistorey youth hostel could be built on the site, with the lower portion of the facility retaining its present function. Our model suggests around 750 units of 150 sq ft each could be built with a nice sea view. Funding for the initial construction could come from the government, with a qualified NGO operating the facility.

Alternatively, the project could be funded through a public-private partnership, with the developer absorbing the construction costs and being compensated by income streams generated through a mix of hotel-style serviced flat rentals and youth hostels.

The idea of youth hostels has been around for years, but so far only a handful of small projects have been completed and most are located far from more desirable urban areas.

In addition to providing affordable rent for up to five years, the NGO could help young people build up their savings at the start of their career. This could also serve as a platform for young people to exchange ideas with peers and mentors or even a breeding ground for start-ups.

While these proposed solutions might be somewhat unconventional, they represent creative options that can be readily implemented to address the city’s housing shortage in the short term. Remember that infrastructure-heavy projects such as the Northern Metropolis or Lantau Tomorrow Vision will not start to yield housing solutions for a decade or more.

The above-mentioned projects are spade-ready, and for illustrative purposes only. There are by no means exhaustive. Two other potential underused sites we identified are the Western District Public Cargo Working Area, which is just 2.5km from the International Finance Centre, or the dysfunctional North Point Vehicle Ferry Pier.

Our idea could be extended to many similar underutilised areas in any of the urban parts of Hong Kong or even in the new towns as part of a widespread effort to scan every government site. By doing so, solving our near-term housing needs could become a reality.

The “result-oriented” narrative from the new Hong Kong administration gives some hope for reducing the queue for public housing. There were about 245,000 applications for public housing as of the end of March, more than 97,000 of which were from non-elderly single-person households.

This figure is likely to include a good number of young people who see the public housing queue as akin to a lucky draw at a time when having their own home feels otherwise out of reach. Providing more youth hostels in urban areas would translate into more holistic care for our young people while making the waiting list for public housing more realistic.

These near-term approaches would work well alongside the current medium- and long-term approaches to the city’s land and housing shortages, creating a more balanced distribution of working and living opportunities in the northern and western parts of Hong Kong.
#COVID-19  #Covid
Add Comment