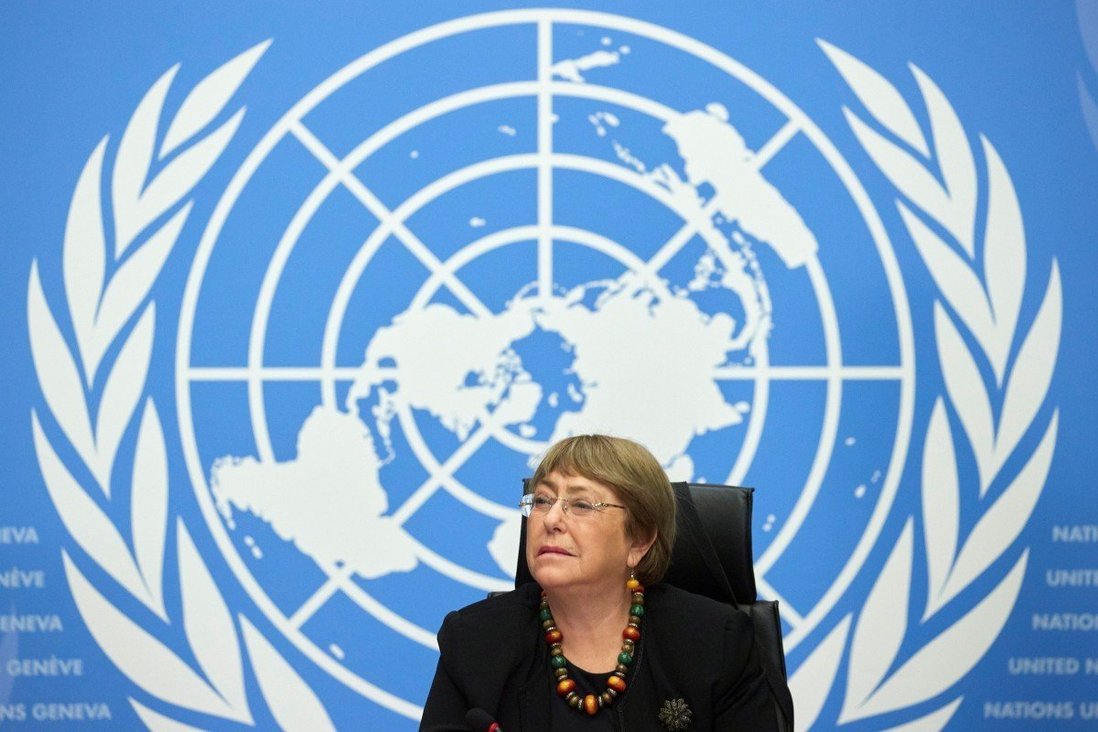 The UN rights chief on Wednesday voiced deep concern over arrests of activists in Hong Kong, warning that a tough new security law was having a “chilling effect” on basic freedoms.

“I am concerned about the rapidly shrinking civic and democratic space, especially since the passage of the national security law,” Michelle Bachelet told reporters in her annual year-end press conference in Geneva.

Critics say the draconian national security law, passed on June 30, destroys the freedoms once enjoyed in Hong Kong, enshrined in an agreement made before the 1997 handover from British colonial rule back to China.

Beijing says the law and prosecution of critics is needed to restore stability after last year’s huge and often violent protests.

Bachelet noted on Wednesday that during the mass protests, she had called for “a broad, open, inclusive dialogue to resolve the situation”.

Recent convictions, she warned, “risk causing a wider chilling effect on the exercise of fundamental freedoms”.

“More have continued to be arrested and charged with a host of offences under various laws including for unauthorised assembly,” she said.

Her comments came a day after eight Hong Kong democracy activists, including three former lawmakers, were arrested in Hong Kong for their part in protests in July against the security law.

They were only the latest in a string of arrests, with leading dissident Joshua Wong and two other prominent activists jailed last week over a 2019 rally outside police headquarters.

“We believe that peaceful protest should never be criminalised,” Bachelet said.

“I call on … authorities to apply laws in conformity with Hong Kong’s human rights obligations,” she said. “We will continue to monitor the situation closely.”

Bachelet also voiced concern over “ongoing reports of a range of serious human rights violations in Xinjiang”, in China.

Beijing has come under intense international criticism over its policies in the resource-rich territory, where rights groups say as many as one million Uygurs and other mostly Muslim minorities have been held in internment camps.

Bachelet said her office was “seeking to verify the material on this issue which we have received”.

She said work was continuing towards a long-promised visit to the region during which she wants “meaningful access to concerned areas”.

An advance team is expected to travel to China during the first half of next year to lay the groundwork for the visit.