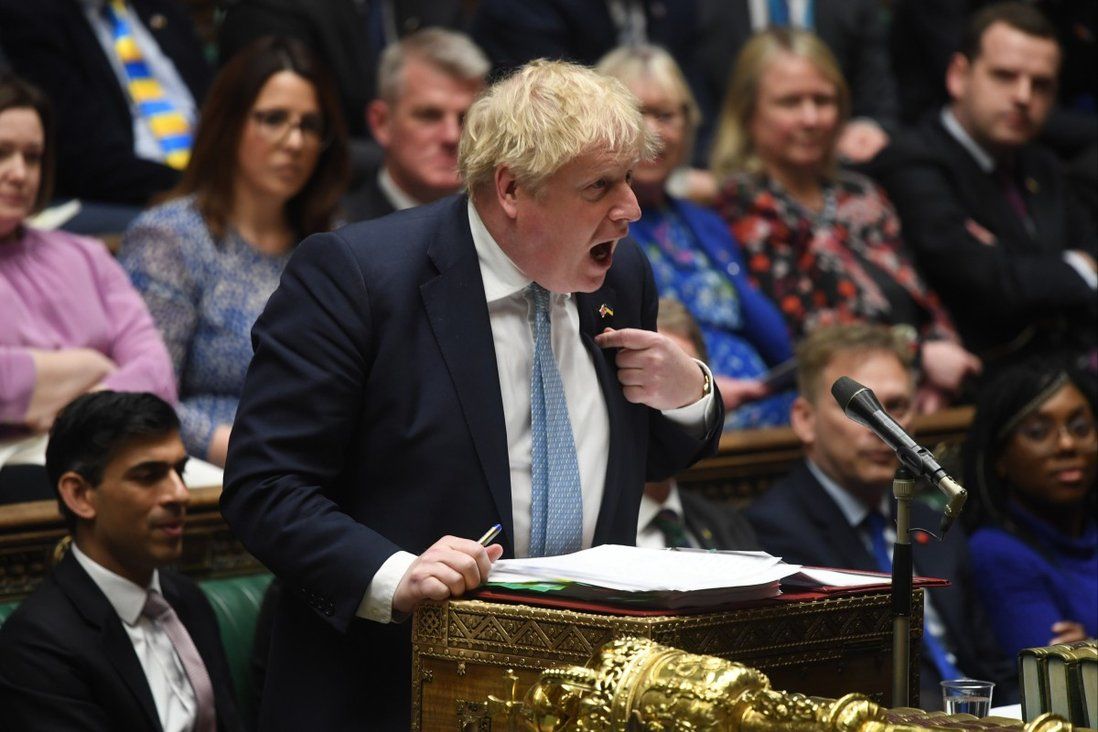 The British government sees fit to criticise the national security law even as it introduces a harsh new police bill at home. As for the Sino-British Joint Declaration, London itself has gone back on its agreement with Beijing that it would not grant BN(O) status to future generations

The British government’s latest sixth-monthly report on Hong Kong, released at the end of last month, is a twisted and one-sided narrative of events in our city during the second half of 2021. It is an attack on our legitimate law enforcement activities, and our reform of our political, educational, legal aid systems and media policies in the name of upholding rights and freedoms.

The actions taken by Beijing and the Hong Kong authorities were chronicled without the slightest reference to the threats to national security against which the new measures were introduced.

Take the complaint about 155 people arrested under the national security law with 99 charged, four trials completed and all six defendants found guilty. Considering the gravity of the offences involved, inciting secession, subversion or collusion with a foreign country to hurt China, the trials under common law could not be said to be inordinately long or the sentences disproportionately harsh.

Note that during the Black Lives Matter civil rights protests across Britain in the summer of 2020, Prime Minister Boris Johnson declared that “those who attack public property or the police – who injure the police officers who are trying to keep us all safe – those people will face the full force of the law”.

Note also that the Johnson government introduced the Police, Crime, Sentencing and Courts Bill into parliament in March 2021, a controversial bill criticised by human rights groups and women’s organisations for targeting “minoritised and marginalised women” and containing “authoritarian measures that threaten civil liberties including the right to protest”.

Yet, backed by a Conservative majority with 360 seats in parliament, this bill is set to pass.

In other words, our law reform to safeguard national security has been characterised as suppression by the same government that is moving to restrict civil liberties.

As for the politically stage-managed withdrawal of Lord Robert Reed and Lord Patrick Hodge from our Court of Final Appeal on the pretext that our courts are no longer independent, this allegation has been roundly rebutted by professional legal bodies and senior counsel in Hong Kong.

The Johnson government should be reminded that, during the Sino-British negotiations for the transitional arrangements for Hong Kong, the British negotiators of the Sino-British Joint Liaison Group (JLG) fought hard for an agreement on the establishment of the Court of Final Appeal under the so-called “four-one” formula – that is, four local judges and one overseas judge.

The composition of the Court of Final Appeal was the subject of a seven-hour motion debate in the Legislative Council on December 4, 1991, during which the secretary for constitutional affairs declared: “The agreement reached in the JLG secured for us the key objective of preserving the continuity of our judicial system. We must remember that the vesting of the power of final judgment in the courts of a non-sovereign territory is, to say the least, untried.”

Despite the tremendous efforts of the British negotiators to secure the establishment of a final appellate court in Hong Kong with participation by distinguished overseas judges, the Johnson government decided to denigrate Hong Kong’s highest court.

At that time, Hong Kong was an autocracy – with a governor appointed by London and Legco comprising official or appointed members. As then financial secretary Philip Haddon-Cave pronounced, Hong Kong owed its success to a combination of the free market system and rule of law, with the prodigious industry and resourcefulness of the people.

The rule of law guaranteed the basic rights and freedoms of Hong Kong people, but the Confucian values of filial piety, the sanctity of family, self-discipline and respect for learning and hard work formed the bedrock of Hong Kong’s rapidly ascending economy.

Basic rights, freedoms and democracy became dominant in Hong Kong society in the run-up to 1997 only because the British pulled out all the stops to remake Hong Kong in their image in the final years of British rule.

When it comes to violating Sino-British agreements, no one could beat the British government. Nationality issues were among the hardest nuts to crack during the pre-1997 negotiations.

The tangle, a result of the British government’s frequent redefinition of British citizenship and China’s rejection of British nationality by virtue of a connection with Hong Kong, was finally resolved in an exchange of memorandums on nationality, as an annex to the joint declaration.

In the British memorandum, the British government declared that British National (Overseas) status would only be acquired by Hong Kong, British Dependent Territories citizens if they held or were included in British passports issued before July 1, 1997; this status cannot be passed on to the next generation.

Yet, the British government has now violated this memorandum with its announcement on February 24 that children of BN(O)s will be able to apply for visas to live in the United Kingdom independent of their parents.

As a sovereign country, China has every right to reshape Hong Kong. Britain had agreed to restore Hong Kong to China with effect from July 1, 1997. It has no business meddling in our affairs as though it still has legal responsibility. The six-monthly reports on Hong Kong to the British Parliament are a self-deluding charade which ought to stop.