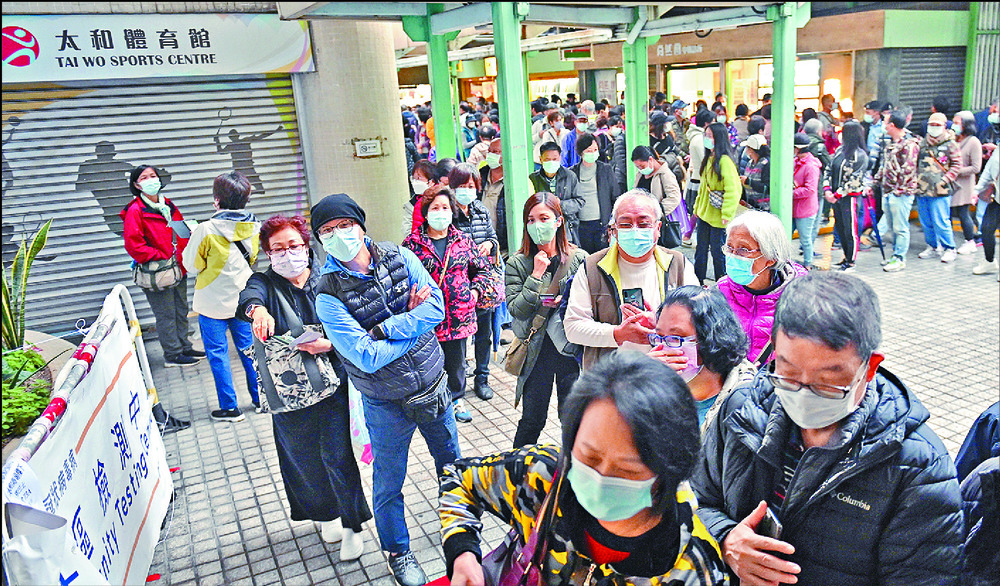 Arrivals from the United Kingdom are required to observe their first four days of quarantine at Penny's Bay from midnight today as the country has been upgraded to the highest-risk Group A+ after Hong Kong reported two imported Omicron cases from there.
That was part of tightened measures yesterday to guard against the fast-spreading Omicron variant, with another being that all arrivals from Christmas Eve on Friday must test negative within 48 hours, instead of 72, before boarding.

But arrivals from Group A+ regions will no longer be required to stay at Penny's Bay Quarantine Centre for seven days before they can switch to hotels for another 14 days of self-isolation, with the Lantau facility seclusion limited to four days to "better utilize" the center.

"So far all Omicron imported cases in Hong Kong have been detected in arrival tests and in the first three days of arrival," a Food and Health Bureau spokesman said.

Despite that, arrivals will still have to undergo the remaining 17 days of quarantine in hotels and take daily tests in the first seven days.

The "circuit-breaking" mechanism for inbound flights has also been tightened from yesterday, with an airline's flights from a certain destination banned for 14 days if four or more passengers taking the same route by that airline test positive on arrival within seven days.

That was in addition to two existing rules banning flights after three passengers from the same flight test positive, or after one passenger tests positive and another on the same flight is found to have violated health regulations.

In view of its Omicron outbreak, Peru has been moved to Group A from Thursday midnight, in effect banning non-Hongkongers.

This came as Hong Kong yesterday reported seven imported cases from the UK, the United States, Poland and Germany.

Five had the N501Y mutant strain, an indicator of Omicron infections, but cofirmation is awaiting genetic sequencing.

CX845 arriving from New York on December 19 saw three passengers confirmed with Covid-19 on arrival, triggering the circuit-breaker. Cathay Pacific flights from New York will be banned until January 2.

That came as Macau said Hong Kong arrivals after the border reopening will have to be fully vaccinated and test negative. Like with the mainland, there will be a quota.

It also came as testing at Tai Wo Sports Centre, Tai Po, was suspended for at least seven hours after laptops were stolen in a burglary on Sunday. The bureau said no personal data was stored in them,.

A long queue - mostly elderly - were seen outside when it resumed services around 5pm.
#COVID-19  #Covid
Add Comment