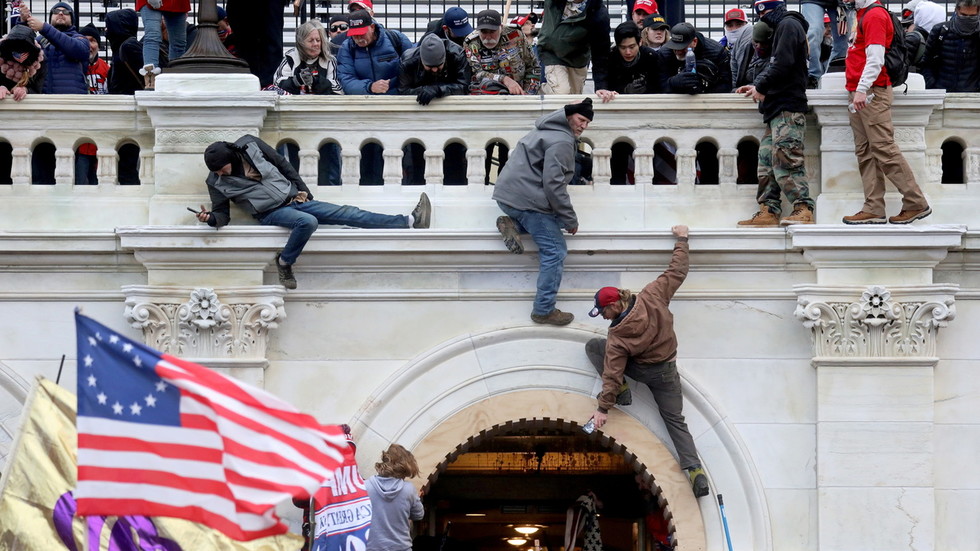 Dan Reed, the director of controversial Michael Jackson documentary ‘Leaving Neverland’, claimed this week that British police would have “opened fire” on the January 6 US Capitol protesters had they made a similar move in London.
Reed – who produced a new documentary about the protests that is set to air this month – told The Guardian on Friday that “there would have been massive bloodshed” had protesters in the UK staged a similar demonstration in London’s Houses of Parliament.

“With that level of threat, I think police would have definitely opened fire,” Reed said, calling it “just astonishing that the Capitol police didn’t.”

UK police do not typically fire on those in breach of the law, opting to use non-lethal methods unless absolutely necessary. Just three cases of fatal shootings by British police were recorded in 2020. However, armed police are present both inside and outside London’s Parliament.

Nearly one thousand supporters of former President Donald Trump stormed the US Capitol in Washington, DC on January 6 in protest of Joe Biden’s presidential election victory – alleging that the election had been rigged against Trump.

An unarmed protester, Ashli Babbitt, was shot and killed by Capitol Police Lt. Michael Byrd during the incident, while four other people also died – one from a drug overdose, and three from natural causes.

Over 600 people were charged in the aftermath of the protest, with several jailed protesters alleging violence and mistreatment in custody. A House committee was set up to investigate the incident.

During his interview with The Guardian, Reed also argued that Trump “bears huge moral responsibility” for the riot – an accusation that Trump has repeatedly denied.
#Donald Trump  #Joe Biden
Add Comment