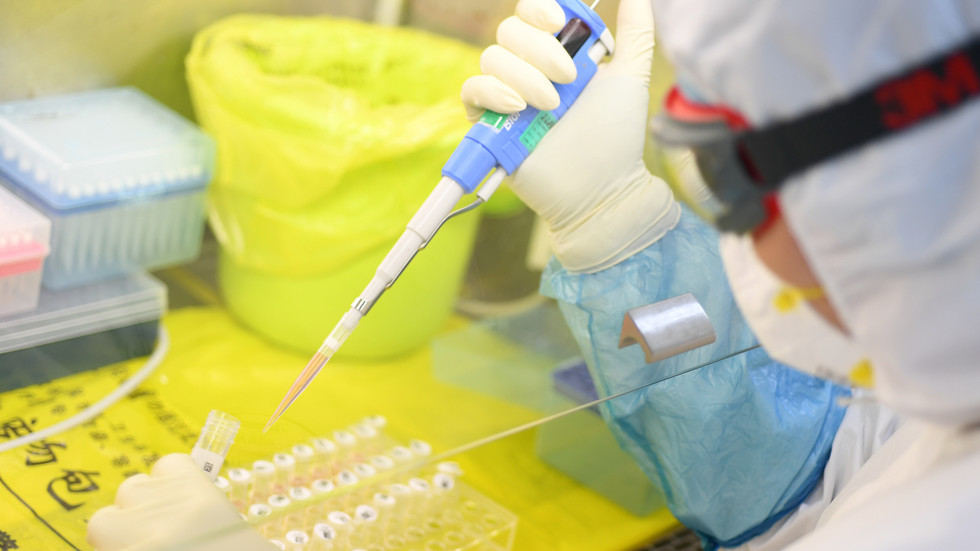 Senior members of the UK government have become less skeptical of the fringe theory that the coronavirus pandemic came from a lab in Wuhan, China, the original epicenter of the outbreak, high-ranked sources told the Daily Mail.
A member of Cobra, the emergency committee led by Prime Minister Boris Johnson, told the papaer that while it’s still believed that the virus originated from animals, intelligence reports have not ruled out the possibility that the deadly illness was man-made.

“There is a credible alternative view [to the zoonotic theory] based on the nature of the virus. Perhaps it is no coincidence that there is that laboratory in Wuhan. It is not discounted,” the unnamed source told the British paper.

Rumors that the Chinese authorities had something to do with the outbreak have been solely based on the fact that Wuhan is home to the Institute of Virology. The facility, which is believed to have the most advanced labs in China, is located a dozen kilometers from the wildlife market that was pinpointed by Beijing as the source of the pandemic. Experts at the institute were the first to suggest that the disease had been transmitted to humans from bats.

Suggestions that Covid-19 was man-made were thought to be mere conspiracy theories unsupported by any actual proof, but it has now emerged that this possibility was discussed at the highest level in the UK.

Some experts have put forward the theory that the virus may have accidentally leaked from the lab. Professor Richard Ebright of Rutgers University’s Waksman Institute of Microbiology told the Mail on Sunday that, while Covid-19 is clearly not a bioweapon, it could have escaped from the facility by accident.

Ebright claims to know that the Chinese virologists employed insufficient security measures during their studies, creating a situation in which “virus collection, culture, isolation, or animal infection would pose a substantial risk of infection of a lab worker, and from the lab worker then the public.”

The British suspicions echo those of their allies in the US, where Washington has alluded to China’s involvement in the outbreak on many occasions. President Donald Trump has been criticized for referring to Covid-19 as “the Chinese virus,” while one White House official also reportedly labeled the disease ”Kung Flu."

Beijing’s diplomats responded by suggesting that the coronavirus was not of Chinese origin and could have been brought to Wuhan by the US military.

Tehran also chipped in, with Islamic Revolutionary Guard Corps chief, Hossein Salami, suggesting that Covid-19 was “possibly” a biological attack by the Americans against China and Iran, which then spread around the globe. However, the international blame game was never backed by any fact, with politicians always leaving space for debate in their assumptions.
Add Comment