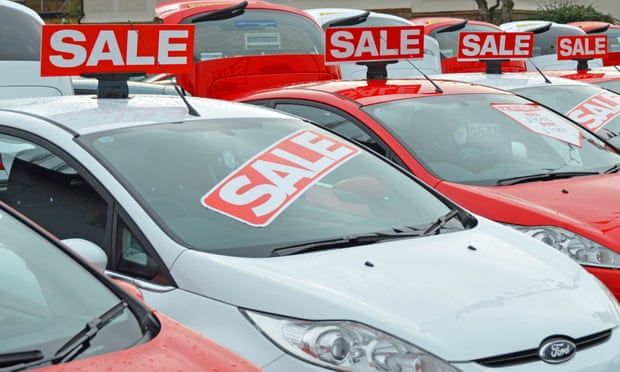 Britain’s inflation rate has risen to 2.5% – the highest in almost three years – as a combination of supply shortages and rising demand prompted by the easing of coronavirus lockdown restrictions led to higher prices last month.

The Office for National Statistics (ONS) said dearer food, secondhand cars, clothing, footwear and fuel were the main factors behind a jump in the annual inflation rate from 2.1% to 2.5% in June.

The figure was the highest since the 2.7% recorded in August 2018, higher than the 2.2% expected by analysts, and above the Bank of England’s 2% target.

Core inflation, which strips out food, energy, alcohol and tobacco, rose from 2% to 2.3%, also above the expert consensus.

Threadneedle Street policymakers have said they expect rising inflation to be temporary and have signalled it will not trigger an early increase in interest rates from their record low of 0.1%. 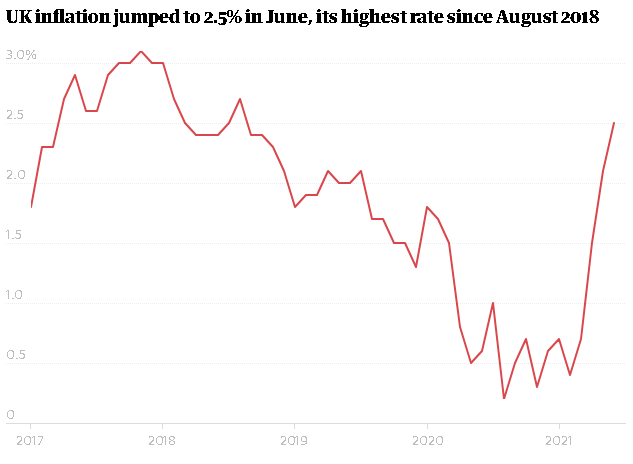 According to the ONS, part of the increase in inflation as measured by the consumer prices index was caused by the bounceback in prices after they were depressed during lockdown.

There were also sharp rises in the cost of secondhand cars (up 5.6%) because the supply of new vehicles has been affected by a global shortage of computer chips.

Rising oil prices led to a sharp increase in motoring costs. The annual inflation rate for motor fuels stood at 20.3% in June, the highest since 2010, after an increase in average petrol prices from 106.5 pence a litre to 129.7 pence a litre over the past 12 months.

Jonathan Athow, the deputy national statistician for economic statistics at the ONS, said: “The rise was widespread, for example coming from price increases for food and for secondhand cars where there are reports of increased demand.

“Some of the increase is from temporary effects, for example rising fuel prices which continue to increase inflation, but much of this is due to prices recovering from lows earlier in the pandemic. An increase in prices for clothing and footwear, compared with the normal seasonal pattern of summer sales, also added to the upward pressure this month.”

Samuel Tombs, the chief UK economist at the consultancy Pantheon Macroeconomics, said businesses were seeking to take advantage of strong consumer demand after the relaxation of Covid-19 restrictions.

Britain is not alone in experiencing stronger price pressures during a period marked by strong post-lockdown growth. Earlier this week the US reported that its inflation rate had hit a 13-year high of 5.4%. Analysts expect further increases over the coming months before it starts to come down again.

Yael Selfin, the chief economist at KPMG UK, said: “While a combination of factors could push inflation further above the Bank of England’s 2% target, as many businesses continue to grapple with rising costs and supply chain shortages, we expect it to peak at around 3% by the end of this year.

“The prospects of cooling inflationary pressures next year, as firms adjust to new levels of demand, should provide the Bank of England with room to keep interest rates unchanged for a while longer.”

Sanjay Raja, a senior economist at Deutsche Bank, believes price spikes will be transitory and expects CPI to peak at 3.9% in November.

Bridget Phillipson, the shadow chief secretary to the Treasury, said businesses were struggling to access the supplies and the staff they needed, leading to shortages and higher prices.

“The government must do all it can do to keep materials and other supplies moving to prevent shortages, including cutting the unnecessary red tape following the EU-UK agreement, and providing much better training so that we have access to the skills we need here in the UK,” she said.