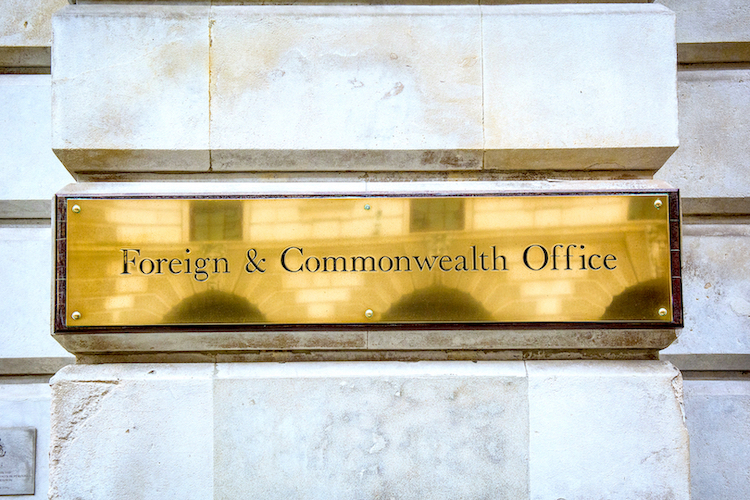 British aid spending on global efforts to tackle corruption and promote human rights is set to fall by as much as 80%, openDemocracy understands – sparking criticism from former Tory ministers and transparency experts.
The government unveils its long-awaited review of defence strategy on Tuesday. But while prime minister Boris Johnson has been talking up ‘Global Britain’, plans currently being discussed in the Foreign Office would see drastic cuts for initiatives to prevent corruption in some of the world’s poorest countries.

Among the projects that could be at risk are law-enforcement efforts to tackle international flows of illicit finance; a flagship anti-corruption project in Tanzania, and a £16m media freedom initiative across North Africa and the Middle East.

Earlier this month, openDemocracy revealed that the UK government is slashing hundreds of millions in humanitarian aid to war-torn countries such as Syria and South Sudan – despite recent pledges of ongoing assistance.

The British government has not disputed openDemocracy’s reporting but has launched an internal investigation into the leaks. Last week, the United Nations criticised the UK for dramatically cutting its global research funding – warning the move could imperil efforts to combat diseases similar to COVID-19 and Ebola.

Now, a source familiar with the planned aid cuts has told openDemocracy that the Foreign Office have discussed proposals to cut the department’s newly created ‘open societies and human rights’ directorate’s spending by as much as 80%. The move could mean spending is slashed on work to tackle corruption and promote good governance around the world.

Conservative MP Harriet Baldwin, who served as a minister in both the Foreign Office and the Department for International Development, said the British government should reverse its decision to cut spending from 0.7 to 0.5% of gross national income.

“When I was the minister responsible for funding a wide range of anti-corruption projects, I was able to see first hand how our aid funding helped to catch corruption and return public funds to Angola and Nigeria, for example. The UK has also helped improve governance and reduce corruption in Ukraine and the Western Balkans.

“It is a clear cut case of how a small amount of aid spending can have a huge impact and make us safer here in the UK,” Baldwin told openDemocracy.

Stephanie Draper, CEO of Bond, the UK network for organisations working in international development, said the proposed cuts would “undoubtedly hurt communities in parts of the world that need assistance, particularly when we have seen governments use the pandemic as an excuse to curb people’s rights and limit transparency”.

The Foreign Office declined to comment on specific figures but said that the “seismic impact of the pandemic” had forced it to “take tough but necessary decisions” to cut aid.

Boris Johnson has refused repeated calls for a vote on the cuts. Backbench Conservatives have threatened to go to court to force a vote on the decision to cut Britain’s legally binding aid spending, in breach of the 2019 Conservative manifesto.

The government has made promoting ‘open societies’ around the world a key plank of its foreign policy platform. Foreign secretary Dominic Raab has said that Britain’s presidency of the G7 this year is a great opportunity to promote open societies based on free trade, democracy and human rights.

This week’s integrated review of Britain’s defence and foreign policy is expected to reiterate these commitments. The open societies and human rights directorate will combine functions previously carried out by the Foreign Office and the Department for International Development, which were merged last year.

But anti-corruption experts have questioned how effective the new directorate will be if its spending is cut by four-fifths.

The National Crime Agency (NCA) could also face cuts from the funding it receives through Overseas Development Assistance. Last week, the NCA, which houses the international anti-corruption centre, was part of an operation that led to the UK returning £4.2m of Nigerian funds stolen by a former Nigeran governor.

Labour MP Margaret Hodge accused the British government of “turning its back on the world”, warning that: “Corruption and criminality will flourish in developing countries. This is a betrayal of the idea of ‘Global Britain.’”

Spotlight on Corruption’s Sue Hawley said that the cuts “could undermine not just the UK’s stated aim to act as a force for good globally, but also seriously curtail the UK’s ability to stem and seize corrupt money laundered through the UK’s financial system”.

“The UK has been a global leader in using aid money to fund law enforcement to track down corrupt funds and it risks losing a lot of credibility on the global stage if these cuts are as deep as rumoured,” she added.

Other government departments, including the Home Office, have some responsibility for international anti-corruption work, and these budgets are expected to be slashed, too.

Britain’s aid budget is due to fall from about £15bn before the pandemic to £9bn this year, owing to the smaller size of the post-COVID economy and a reduction in Britain’s commitment to aid spending. By contrast, the government’s widely criticised test-and-trace system – run by Conservative peer Dido Harding – is set to cost £37bn.

The British government has refused repeated calls to publish details of planned aid cuts, which have to be signed off by the end of the month.

Aid agencies, many of which were cut by as much as a fifth last year, have complained that they have been kept in the dark about the future of their work.

“The British government has completely abdicated responsibility,” an aid specialist involved in a Foreign Office-funded project in Nigeria told openDemocracy on condition of anonymity. “They still aren’t saying what is happening. People don’t know if their work will be there next month.”

A UK government spokesperson said: “We are still working through what this means for individual programmes and decisions have not yet been made.”

The National Crime Agency said that its budget for the coming year had yet to be agreed.
#COVID-19  #Covid  #Boris Johnson
Add Comment