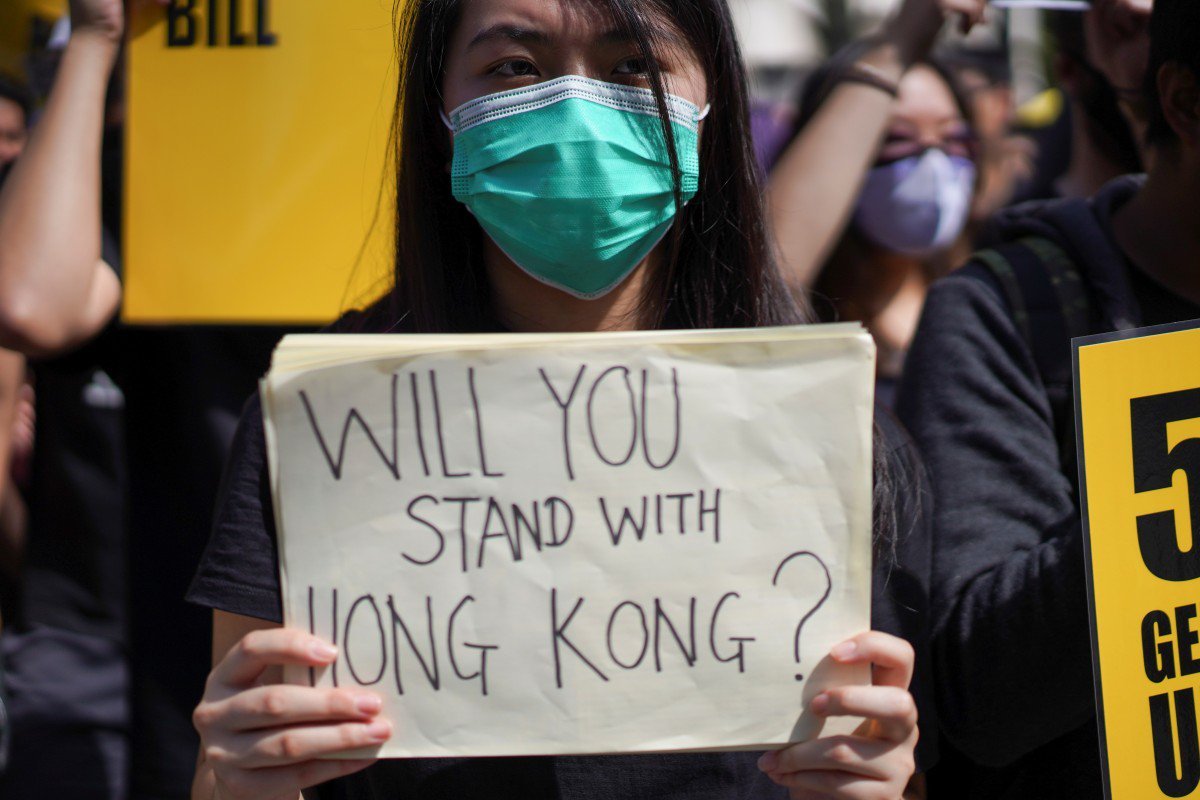 Hilary Clarke, SCMP
“It’s affecting everyone in the Chinese community in the UK. We have different political views, but we don’t want them to disrupt our life.”

Months of political unrest in Hong Kong have caused intergenerational schisms among the UK’s Chinese diaspora, casting a shadow over Beijing’s efforts to forge a “One China” identity, according to interviews with British Hongkongers.

Organised support for the protests has grown among young people and second generation migrants in Britain, while their parents, many of whom come from villages in Hong Kong, tend to support the authorities, they said.

“We are all very careful with this subject these days,” said Larry Ngan, a finance worker and activist with the Chinese Liberal Democrats, who has lived in the UK for 13 years.

“It’s affecting everyone in the Chinese community in the UK. We have different political views, but we don’t want them to disrupt our life.”

He said recent events have made young people feel closer to Hong Kong.

“Before the protest movement, a lot of people tried to distance themselves from Hong Kong politics because we felt we were no longer living in the city, so we tried to integrate.”

However, especially against the backdrop of Brexit that has fuelled anti-immigrant sentiment, young Hongkongers are becoming more engaged in politics at home and abroad.

“We know we can move away and they [the protesters] can not. We want Hong Kong to be as great as before and not decline,” Ngan said.

Around half a million Chinese live in the UK, including 400,000 who have settled permanently, making up almost 1 per cent of the population.

Older Hong Kong migrants came to work in restaurants and other trades, while a more professional class arrived after the 1997 handover, attracted by the education opportunities for their children.

More recent migrants arrived as students and professionals, many from mainland China.

“China is growing stronger but a lot of overseas Chinese can’t find themselves fitting into the narrative of the Chinese government,” said Philip (not his real name), an architect in his thirties who moved to the UK 15 years ago.

“It’s the older generation that buys into narrative of ‘Greater China’ and the identity of being Chinese.”

Support for the protesters has grown, with hundreds of people turning up for a Hong Kong solidarity march in Trafalgar Square in London last month.

“In London over the past two or three months, Hong Kong people are really getting behind the cause. I see more and more Hong Kong people in every rally – there is a growing concern here and awareness is growing,” Philip said.

Young Hong Kong expats, students and second generation migrants tend to get their information from Facebook groups like HongKongerinUK and through WhatsApp.

“My dad very much gets his news from Hong Kong and is seeing a certain view of things. He is always sharing with me videos of protesters causing a fracas,” said UK-born Ricky Kwok, a 31-year-old who supports the protests.

“He has a very polarised view of things.”

Hong Kong has been gripped by mass protests triggered by a now-withdrawn extradition bill since June. Demonstrations have run for 13 consecutive weekends, and more than 1,000 protesters have been arrested in the biggest political crisis to hit the city since the 1997 handover from Britain.

Kwok’s father came to the UK in the 1970s and opened a takeaway food shop in Essex where, like many of his generation, he was subjected to racial abuse.

Ngan said the anti-immigrant atmosphere caused by Brexit was also causing unease among the community.

“I find it so interesting with my dad being from Hong Kong, has a certain view of China – like prejudices against mainland people – yet during this time he is pro-China, arguing that Hong Kong is China, despite the ‘one country two systems’,” Kwok said, referring to the set-up under which China rules Hong Kong.

As the pro-democracy Hong Kong diaspora organises on social media, pro-China supporters have also countered demonstrators in the UK, likewise in other countries including Canada and Australia.

In London, people who rallied in support of Hong Kong protesters last month were met by counterprotesters who waved Chinese flags and held up signs saying “traitor”.

There was also a small protest in support of the Hong Kong police, organised by businesspeople and community leaders in London’s Chinatown.

They carried placards calling for an end to the violence from protesters, but they also called for the repeal of the since-withdrawn extradition bill.

Chinatown, still the heart of the UK’s Chinese community, is no longer a strictly immigrant and mainly Cantonese district.

As the number of Chinese mainlanders in London grows, and as the British become more adventurous in their eating habits, the area has diversified with other Asian communities and cuisines.

Originally from Malaysia, he has been a Hong Kong resident, having lived there during the handover.

Yeo is unequivocal in his support for the Hong Kong authorities.

“The ‘one country two systems’ is being sabotaged to undermine the stability, peace and prosperity of Hong Kong and its hard-working people,” he said.

“If you have a peaceful demonstration, no problem,” he told a meeting in Chinatown last month. “But if you resort to terrorism, the police should not be soft on the radicals.”

Some people in Chinatown are reluctant to talk to the media about their views on the situation in Hong Kong.

A woman serving at the Kowloon Bakery waved me away, and an attempt to ask the views of a bookseller at a Chinese bookshop was prevented by a manager who asked not to talk about politics in the shop.

Yeo said even though people might not all agree on Hong Kong, he doesn’t believe the issue will impact business in the area.

“The love of food unites and brings people of all cultures together, not divide them,” he said.

Wing Poon, manager of the Tao Tao Ju, a relatively new restaurant serving up dim sum in the heart of London’s Chinatown, said he was happy to give his opinion.

He has lived in London for 47 years and has worked in catering all his life while he educated his children. He has a daughter who was a flight sergeant in the Royal Air Force.

“Initially I supported the democracy protests,” he said.

“It’s good to have a voice and you have to keep trying to have your opinion heard. But all of a sudden from the third week it erupted into violence, disrupting daily lives.

“That’s not right. There is propaganda on both sides and I don’t know what to believe, but these protests need to end or Hong Kong will be completely paralysed.”

Poon who grew up in a village in the New Territories, remembers Hong Kong under British rule when “there was no democracy at all”.

“Some of the communist policies I like, some Western policies I like, but in the old days when I left Hong Kong it was worse,” he said. “There were never any elections. If you had money you had an education, if you didn’t, you didn’t go to school.”

He said because of where he grew up he understands “you can’t separate Hong Kong from China”.