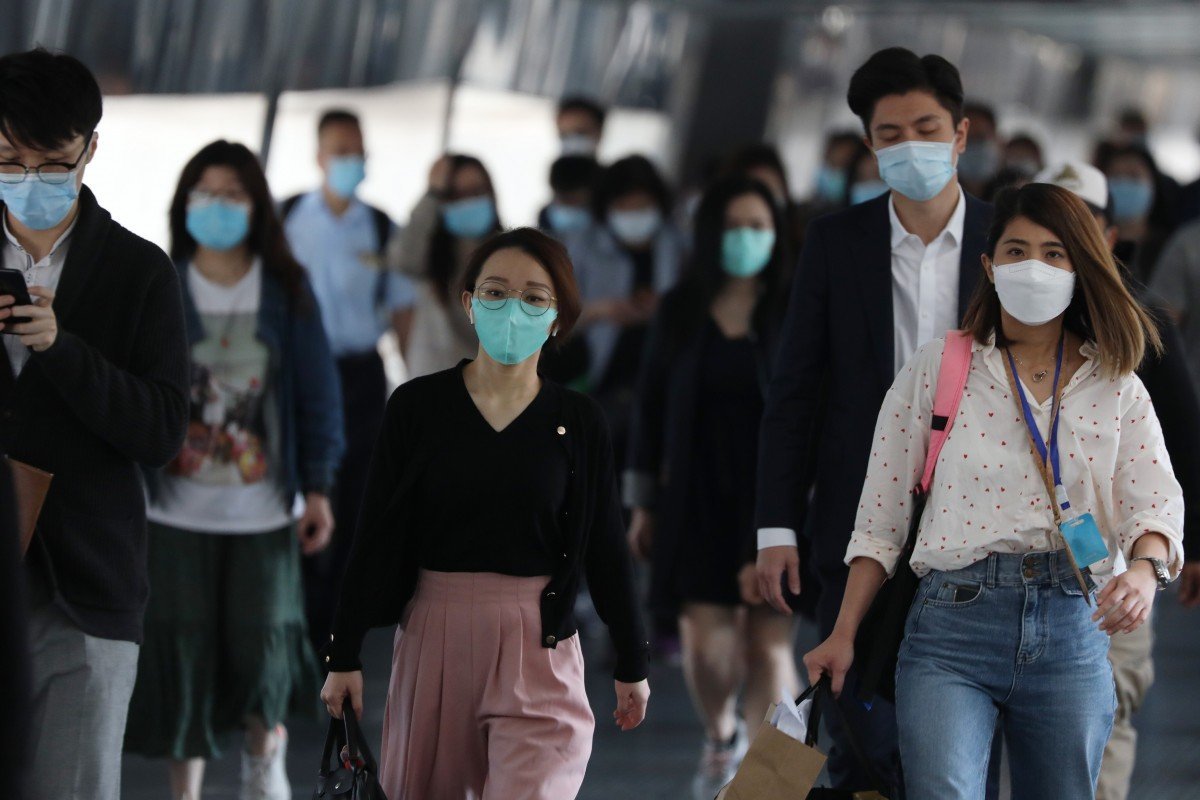 Hong Kong public services to resume next week, says city’s leader Carrie Lam, but no news on whether social distancing will end

Chief executive expects civil servants to return to work, while libraries, museums and sports grounds will all reopen. However, Lam says any lifting of other restrictions can only happen gradually

Public services will start returning to normal next Monday, when most civil servants will go back to their offices, Hong Kong leader Carrie Lam Cheng Yuet-ngor has said.

But the chief executive did not confirm if rules on social distancing and restrictions on arrivals from mainland China, which both expire on May 7, would be extended, noting any relaxation had to take place gradually.

“I want to stress there are fluctuations in the number of cases,” Lam said on Tuesday. “So, we could not completely repeal these restrictions [in one go], and could only do so gradually.

“We have to impose these restrictions again when necessary, until a vaccine is found and most people are immune. Only then can we let down our guard.”

Confirming an earlier Post report, Lam said most of the 180,000 government employees would stop working from home, and all public services would revert to normal business hours, noting the number of confirmed Covid-19 cases in the city had decreased in recent weeks.

She added that libraries, museums, and outdoor venues of public facilities, such as sports grounds, would also reopen next week.

While Hong Kong has reported only single-figure daily increases in the number of Covid-19 infections for more than two weeks, including four days without any, Lam struck a cautious note on a complete lifting of restrictions on gatherings, and travel between the city and the mainland.

The chief executive said there was a need to balance the impact on the economy and people’s livelihoods with safety, saying the timing of easing the rules was “not an exact science”.

Asked whether the ban on social gatherings could be used against public protests, Lam said there was no consideration other than to ensure public health, and the impact on the economy.

“Hong Kong is a very free society and respects peaceful expression of opinion. There are nearly 10,000 public assemblies and processions that take place annually, there is no reason to consider public protests when it comes to public health decisions,” Lam said.

Anti-government protests have largely subsided during the epidemic, but showed signs of returning this week.

On Sunday police broke up a rally inside the Cityplaza shopping centre in Taikoo Shing, saying the group had violated social-distancing rules.

Another rally is planned at the International Finance Centre in Central on Tuesday evening, according to posters circulated online, while pro-democracy groups have asked to hold marches on May 1, which is Labour Day in Hong Kong, and May 10.

Public health expert Dr Ho Pak-leung from the University of Hong Kong said the resumption of public services was appropriate as the city would have reported no locally acquired Covid-19 infections for two weeks if no new cases emerged before Sunday.

He added that school classes could resume after May 17, if no new cases were reported before then, which would leave Hong Kong free of new infections for 28 days, or two incubation periods of the disease.

“The global pandemic is not yet under control, so the principle is anti-epidemic measures should be added swiftly but only repealed slowly, depending on the actual situation,” Ho said.

The infectious diseases specialist believed the cap on social gatherings – currently set at four people – could be raised, and some leisure venues such as gaming centres could be allowed to reopen if masks are worn inside.

“I believe if people pull together for a while longer, Hong Kong can achieve zero infections in 28 days,” he said.