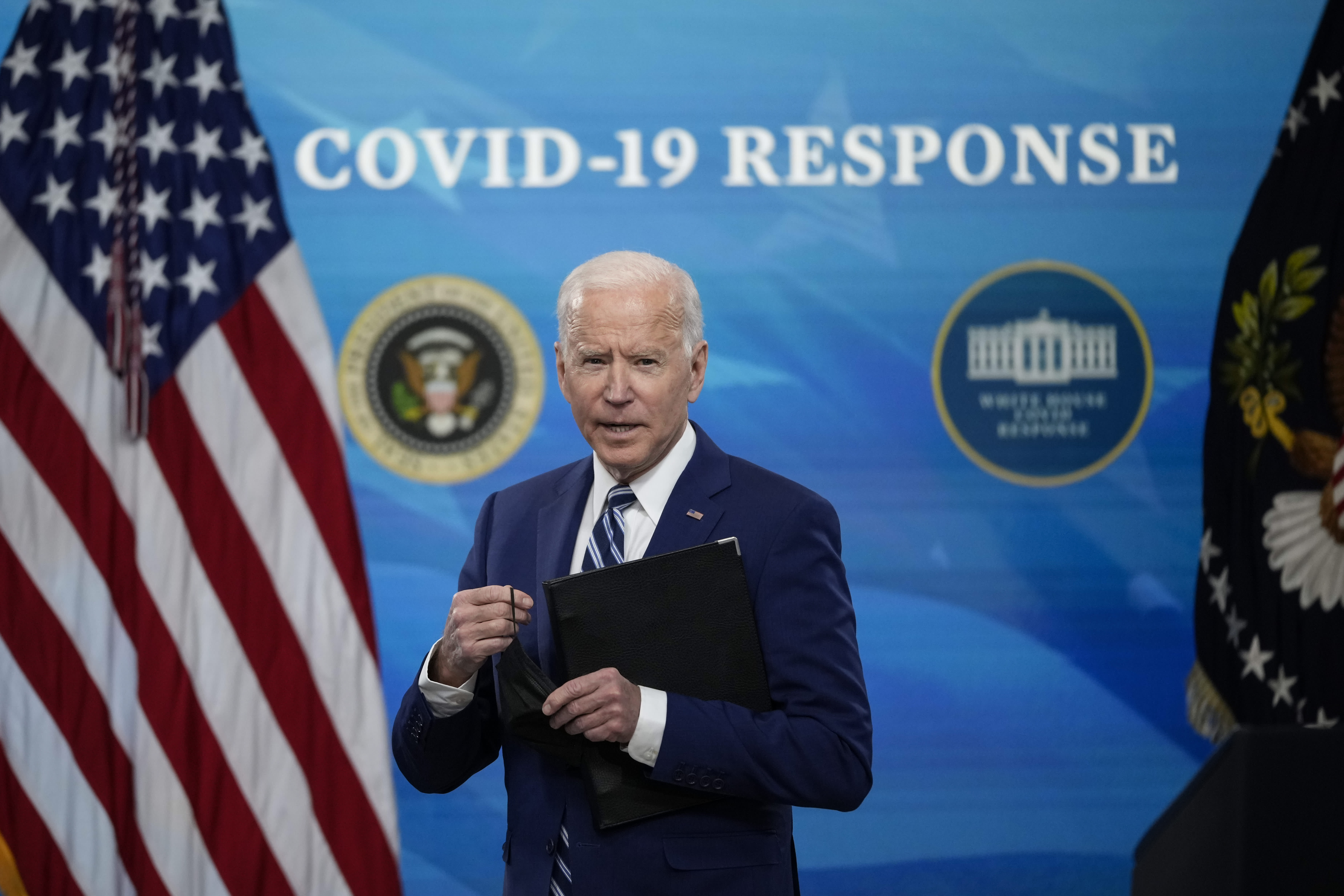 U.S. to spend $1.7 billion tracking Covid variants as dangerous new strains make up half of all cases

The funds will be used to help improve the detection, monitoring and mitigation of "new and potentially dangerous strains," the White House said.
The Biden administration announced Friday it will allocate $1.7 billion toward tracking the highly infectious coronavirus variants that now pose a major threat to the United States’ fight against the pandemic.

The funds, taken from the $1.9 trillion Covid relief plan signed into law last month, will be used to help improve the detection, monitoring and mitigation of “new and potentially dangerous strains,” the White House said in a press release.

The Covid variants now comprise about half of all cases in the U.S., according to the White House. The mutations can be up to 70% more transmissible than the original strain, Centers for Disease Control and Prevention Director Rochelle Walensky said.

Their continued spread “makes the race to stop the transmission even more challenging and threatens to overwhelm our health-care system again in parts of this country,” Walensky said at a press briefing.

She noted that B.1.1.7, the variant originally identified in the United Kingdom, accounted for 44% of U.S. Covid circulation during the week of March 27.

The spread of variants is contributing to a “very concerning” rise in cases, hospitalizations and emergency room visits, Walensky said. Average daily deaths have increased for the third day in a row to more than 700, she said.

The White House said $1 billion of the administration’s latest coronavirus investment will be used to help the CDC and other health officials expand genomic sequencing, which will help them identify mutations.

“The emergence of variants underscores the critical need for rapid and ongoing genomic surveillance,” Walensky said.

The White House said $400 million of the remaining funds “will fuel cutting-edge research into genomic epidemiology” through the establishment of six “centers of excellence” that will form partnerships between health departments and academic institutions.

The final $300 million will go toward strengthening so-called bioinformatics infrastructure, “creating a unified system for sharing and analyzing sequence data in a way that protects privacy but allows more informed decisionmaking,” the White House said.

An initial $240 million tranche of funding will be disbursed to U.S. states and territories in early May, with California, Texas and Florida receiving the largest amounts. The White House said more of the money will be invested over a period of several years.

Health experts continue to push Americans to get vaccinated for Covid.

Dr. Anthony Fauci, the nation’s top infectious disease expert, said Thursday in a congressional hearing that B.1.1.7 is “very well covered by the vaccines that we are using,” and that even with other variants, “if the vaccination doesn’t protect against initial infection, it protects against severe disease.”

“We are in a race between vaccinating as many people as quickly and as expeditiously as we possibly can, and the threat of the resurgence of viruses in our country,” Fauci said.
#Covid  #Coronavirus  #Vaccines
Add Comment