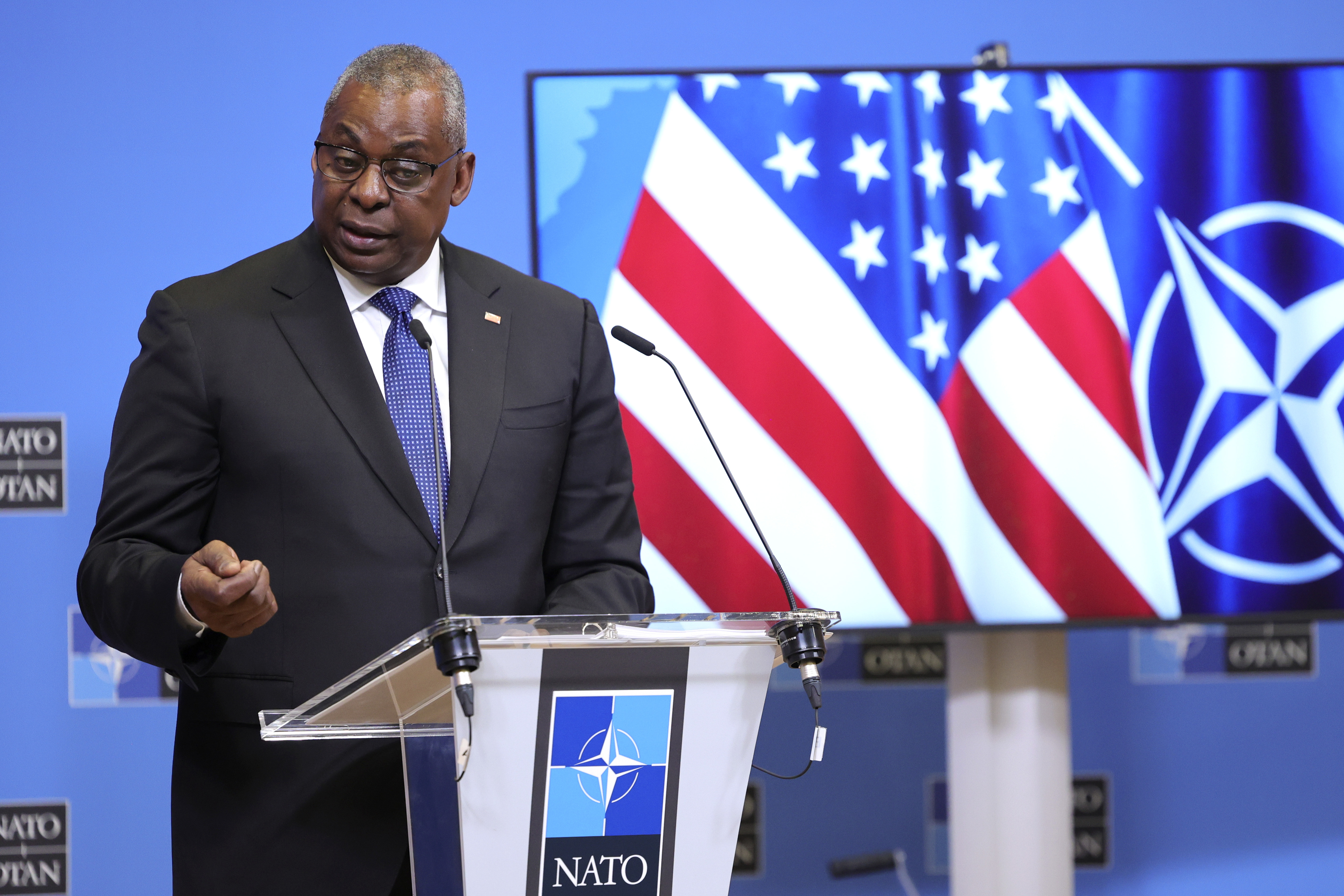 U.S. speeds up plans to store upgraded nukes in Europe

The fielding of an improved gravity bomb has been moved up to December as Vladimir Putin threatens the region.

The United States has accelerated the fielding of a more accurate version of its mainstay nuclear bomb to NATO bases in Europe, according to a U.S. diplomatic cable and two people familiar with the issue.

The arrival of the upgraded B61-12 air-dropped gravity bomb, originally slated for next spring, is now planned for this December, U.S. officials told NATO allies during a closed-door meeting in Brussels this month, the cable reveals.

The move, which involves replacing older weapons with the newer version at various storage facilities in Europe for potential use by U.S. and allied bombers and fighter jets, comes amid heightened tensions over Russia’s threats to use a nuclear weapon in Ukraine and growing concerns that the West needs to do more to deter Moscow from crossing that line.

The upgrades to the B61 program have been openly discussed in budget documents and public statements for years, and Pentagon officials have said the upgrades are necessary to ensure the stockpile is modernized and safe. Asked for comment, Pentagon spokesman Brig. Gen. Patrick Ryder responded via email that “while we aren’t going to discuss details of our nuclear arsenal, modernization of US B61 nuclear weapons has been underway for years and plans to safely and responsibly swap out older weapons for the upgraded B61-12 versions is part of a long-planned and scheduled modernization effort. It is in no way linked to current events in Ukraine and was not sped up in any way.”

The arrival date came as a surprise to some longtime observers, who fear it could further stoke an already dangerous situation in Europe. The announcement at the meeting in Brussels came days before NATO kicked off its annual nuclear exercise, known as Steadfast Noon. The two-week exercise ends Sunday and includes some 70 aircraft. And on Wednesday, Russia held a nuclear exercise that its defense chief described as simulating a “massive nuclear strike” in retaliation for a nuclear attack on Russia, according to the Kremlin.

“It would be odd to rush it in,” said Hans Kristensen, director of the Nuclear Information Project at the Federation of American Scientists, who has been closely tracking the program. “They have been saying we don’t respond to this situation with nuclear weapons. I don’t think they want to go down that one.”

The message behind sending the first bombs in December may be directed more at European allies that feel especially vulnerable to Moscow.

“My guess is it is aimed more towards NATO than Russia,” said Tom Collina, director of policy at the Ploughshares Fund, a disarmament group. “There are [older] B61s already there. The Russians know that. They work just fine. The new ones will be newer, but it’s not really that much of a difference. But it may be a way to assure the allies when they are feeling particularly threatened by Russia.”

Two people familiar with the issue of the upcoming shipment to Europe confirmed the accelerated timeframe reported in the diplomatic cable. They asked not to be named due to the sensitivity of the issue.

The cable, which has not previously been made public and was written to be distributed throughout the Pentagon and State Department to give policymakers a rundown of what was discussed among defense ministers at the NATO meeting, clearly indicates that allies are jittery.

The document says that during the meetings, 15 NATO allies raised concerns that the alliance “must not give in to Putin’s nuclear blackmail.”

“Given the rising volume and scale of Russia’s nuclear rhetoric, a subset of allies requested continued consultations at NATO to ensure continued readiness and consistent messaging,” the cable adds.

Yet Collina also warned that any nuclear-related moves — however modest they might be — could have unintended consequences.

“It could be escalatory. We’ll see,” he said.

The B61 is a family of nuclear bombs first developed in the early 1960s and initially demonstrated in underground nuclear tests in Nevada. A dozen versions have been developed over the decades and most of them have since been retired.

The $10 billion B61-12 Life Extension Program is managed by the Department of Energy and is meant to replace several earlier versions, including about 100 bombs stored at air bases in Germany, Italy, Belgium, the Netherlands and Turkey.

The upgrades are all in the non-nuclear aspects of the unguided bomb’s design, and involve removing a parachute and installing a new tail kit and other improvements for “significantly greater accuracy,” Kristensen said.

The new version is also designed so that U.S. and allied bomber planes and fighter aircraft — including B-2 and B-21 bombers and F-15, F-16, F-35 and Tornado fighter jets — are all able to carry the weapon, as opposed to the several older versions of the B61 that have been in storage for years.

The warhead itself is one of the most versatile in the U.S. arsenal because its explosive power can be dialed up or down depending on the target, making it either a low- or medium-yield weapon.

The new timeline for arrival is a sign that the Pentagon has determined the weapon is ready sooner than planned, Kristensen said.

He pointed out that the DoD Inspector General was expected to complete a review of the weapon’s performance ahead of training for air crews, either late this year or early next.

The Air Force conducted flight tests of the new bomb design on the F-35A in October 2021 and certified it on the F-15E in 2020. But the Pentagon reported in February that it planned to “complete nuclear design certification of the B61-12 with the F-35A before January 2023, after which the [U.S. Air Forces in Europe] will be able to start certification training.”

“I thought those two things were going to happen before you saw the physical arrival,” Kristensen said. 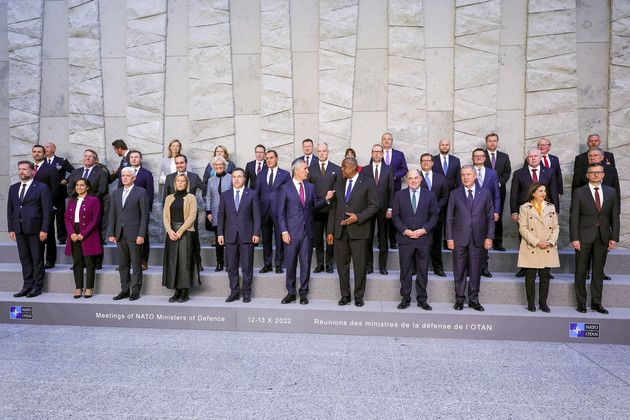 Defense Secretary Lloyd Austin also told NATO allies in Brussels this month that the administration’s long-awaited Nuclear Posture Review — which could be released in the coming days — would maintain Washington’s decades-long nuclear declaratory policy of “calculated ambiguity,” the cable reported.

That is a shift from President Joe Biden’s comments during the 2020 presidential campaign, in which he said he would consider changing U.S. policy to state that the sole purpose of atomic weapons is to deter a nuclear attack against America or its allies, a change that nuclear disarmament groups had pushed for.

The administration has since walked those comments back. But Austin’s assurance to European allies that U.S. nuclear declarative policy will remain unchanged comes as capitals on the continent are looking for a steady hand in Washington to confront nuclear-armed Russia and China.

James Acton, co-director of the Nuclear Policy Program at the Carnegie Endowment for International Peace, said Biden’s “sole purpose” comments during the campaign rippled across Europe, and “there was a big campaign by U.S. allies to convince him not to do so and that campaign was successful.”

During the Brussels meetings, Austin also informed allies that the review would support the full modernization of the U.S. nuclear triad, while retiring the B83 gravity bomb and ending the nuclear sea-launched cruise missiles program started by the Trump administration.

But lawmakers oppose halting the cruise missile program and will likely continue funding it in upcoming defense policy legislation.

Oh ya 98 days ago
Correction. A dying empire does

Oh ya 98 days ago
Someone famous once said the last thing a dying does is takes its people to war. The US is pushing the nuke scare yet we must remember that the USA is the only country to ever drop nukes on citizens
View all comments (2)Add comment