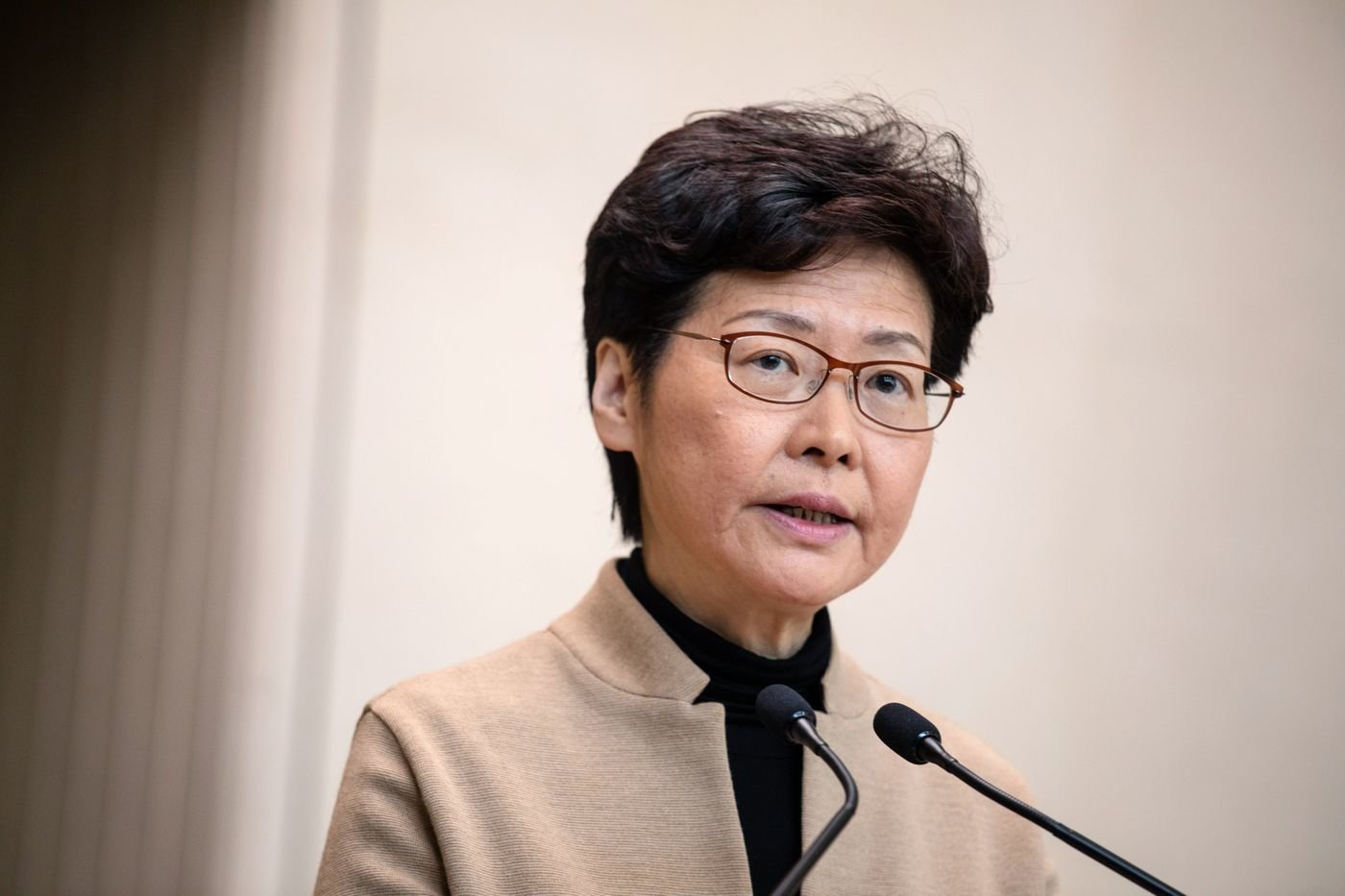 The U.S. is placing sanctions on 11 Chinese officials and their allies in Hong Kong, including Chief Executive Carrie Lam, over their role in curtailing political freedoms in the former U.K. colony, the Treasury Department said Friday.
“The United States stands with the people of Hong Kong and we will use our tools and authorities to target those undermining their autonomy,” Treasury Secretary Steven Mnuchin said in a statement.

Lam was sanctioned because she is “directly responsible for implementing Beijing’s policies of suppression of freedom and democratic processes,” the agency said.

The 11 people will have any property and assets in the U.S. frozen. But it’s not clear whether any of the sanctioned officials will be affected financially.

Lam, who works closely with Chinese authorities, has scoffed at the prospect of being targeted by U.S. sanctions. “I do not have any assets in the United States nor do I long for moving to the United States,” Lam told reporters on July 31, adding that she would “just laugh it off” if the Trump administration sanctioned her.

The sanctions are being carried out under the “President’s Executive Order on Hong Kong Normalization,” which President Donald Trump signed last month to punish China for its moves against dissent in Hong Kong.

Trump has been threatening to take action ever since Chinese officials imposed a sweeping national security law on Hong Kong over the last two months. China’s implementation of the law, and the reaction of major trading partners who have criticized it, could have a substantial impact on a Hong Kong economy already battered by months of historic anti-government protests and coronavirus restrictions.

Last week, authorities in Hong Kong drew new red lines on the limits of dissent in the financial center, barring a dozen activists from seeking office and arresting four others over social media posts. The back-to-back actions highlighted how much the national-security law has strengthened Beijing’s hand.

The U.S. has already sanctioned a top member of China’s ruling Communist Party and three other officials over the alleged human rights abuses against ethnic minority Muslims in the far west region of Xinjiang.

Sanctioning the Chinese officials mark yet another blow by Trump against Beijing, as he escalates his confrontation with the world’s second-largest economy heading into the November election. A tough stance toward China has emerged as a key argument to voters for Trump, who’s trailing Democratic challenger Joe Biden in national polls.

Late Thursday, Trump signed a pair of executive orders barring U.S. residents and companies from doing business with the Chinese-owned TikTok and WeChat apps beginning 45 days from now, citing the national security risk of leaving Americans’ personal data exposed. While WeChat hasn’t been widely adopted in the U.S., the ban would have broad implications because it’s used by more than a billion people and is central to business and social communications with China.
Add Comment