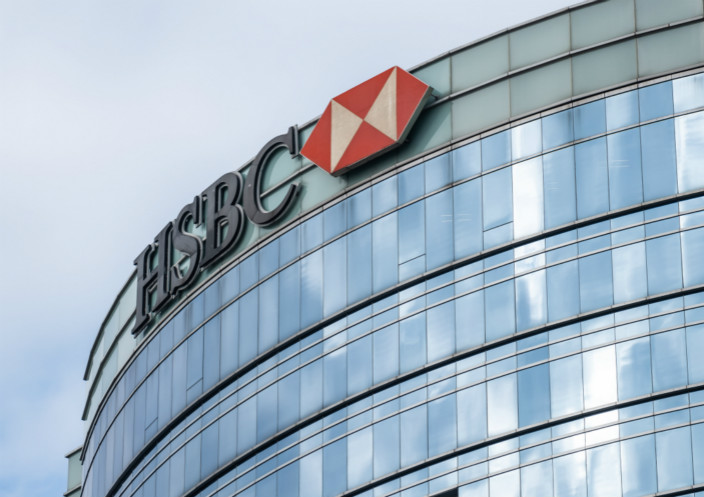 A bipartisan group of U.S. lawmakers voiced concerns to HSBC Holdings Plc about restrictions placed on the accounts of U.S. citizens and the freezing of accounts of Hong Kong activists.
Senators Jeff Merkley, Marco Rubio and others asked in letter to HSBC’s Chief Executive Officer Noel Quinn to address their concerns and “justify why these actions were taken, including whether these actions were requested by Hong Kong authorities or officials from the People’s Republic of China.”

The lawmakers said that HSBC has frozen the accounts of activists, independent media and civic groups, many of which were forced to close or end operations. Among the cases cited were the freezing of the accounts of former Hong Kong lawmaker Ted Hui and those of Jimmy Lai, the top executive at the now shuttered Apple Daily pro-democracy newspaper.

HSBC, which counts Hong Kong as its largest market, has had to navigate growing political tension between the U.S. and China as well as a crackdown on dissent in the former British colony. The bank has earlier been questioned by British lawmakers over the freezing of accounts and its public support for a national security law imposed on the city by Beijing in 2020.

In a statement, the bank said it will work to address the questions. “Like every bank, we are required to operate within the law and legal frameworks of all the countries and territories in which we operate,” a spokeswoman said.

The U.S. lawmakers said that assets of the Hong Kong Alliance in Support of Patriotic Democratic Movements of China were frozen and the group was forced to close down, while former top officers have been charged and denied bail under the national security law.

“We have also been told that the accounts of American citizens are restricted, including at HSBC branches in the United States,” the letter to Quinn said. “If true, this practice targeting American citizens or legal permanent residents is unacceptable and requires immediate rectification.”

The lawmakers asked that HSBC address concerns and justify why it took its actions and whether its practices undermine democratic freedoms in Hong Kong. They also asked HSBC to address whether its actions are consistent with its stated policies and the United Nations’ principles on human rights.

“While you are reviewing HSBC’s policies and actions, we ask that you reverse all actions taken targeting the groups listed above and end any and all restrictions immediately on the accounts of American citizens or legal permanent residents,” the senators wrote.
Add Comment