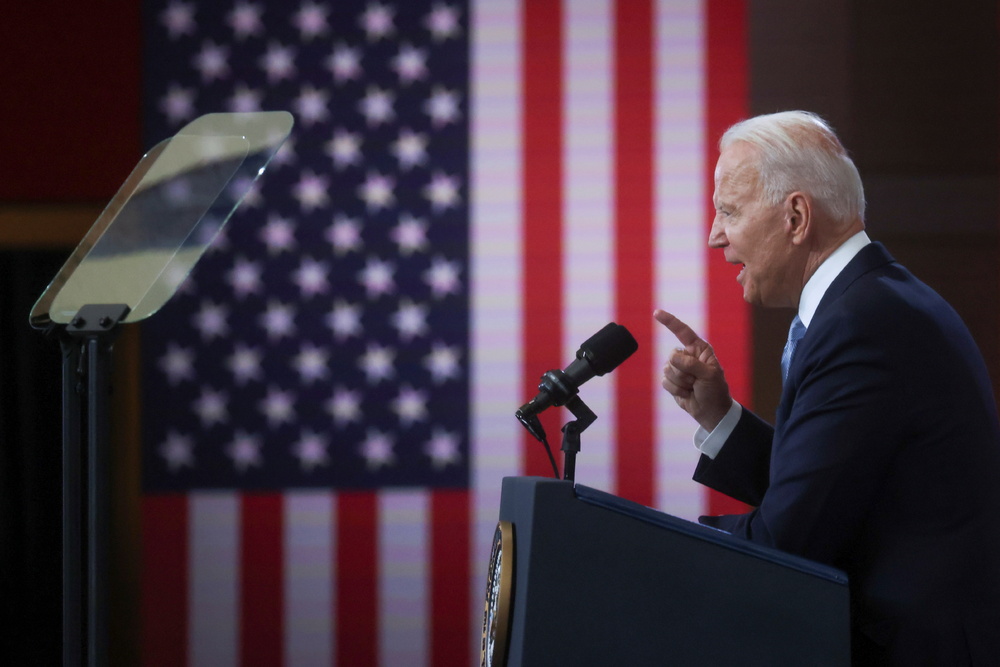 The Biden administration on Friday issued an advisory to warn U.S. businesses about risks to their operations and activities in Hong Kong after China's imposition of a new national security law there last year, Reuters reports.
The advisory from the departments of State, Treasury Commerce and Homeland Security warns businesses in Hong Kong that they are subject to the territory's laws, including the national security law, under which foreign nationals, including one U.S. citizen, have been arrested.

It says businesses face risks associated with electronic surveillance without warrants and the surrender of corporate and customer data to authorities.

It adds that individuals and businesses should be aware of potential consequences of engaging with sanctioned individuals or entities and warns that they could face Chinese retaliation for complying with U.S. and other international sanctions.

The advisory comes just over a year after former President Donald Trump ordered an end to Hong Kong's special status under U.S. law to punish China for what he called "oppressive actions" against the former British colony.

The advisory says businesses should consider the potential reputational, economic, and legal risks of maintaining a presence or staff in Hong Kong, and should carry out due diligence.

"The policies which the PRC government and the Government of Hong Kong have implemented undermine the legal and regulatory environment that is critical for individuals and businesses to operate freely and with legal certainty in Hong Kong," the official said, using the acronym for the People's Republic of China.

The warning came days after Washington strengthened its warnings to businesses about the growing risks of having supply chain and investment links to China's Xinjiang region, citing forced labor and human rights abuses there.

Last week, the administration added 14 Chinese companies and other entities to its economic blacklist over alleged human rights abuses and high-tech surveillance in Xinjiang.

On Thursday, sources told Reuters Washington was preparing to impose sanctions on Friday on seven Chinese officials in its latest effort to hold the Chinese government accountable for what Washington calls an erosion of rule of law in the former British colony that returned to Chinese control in 1997.
#Donald Trump
Add Comment