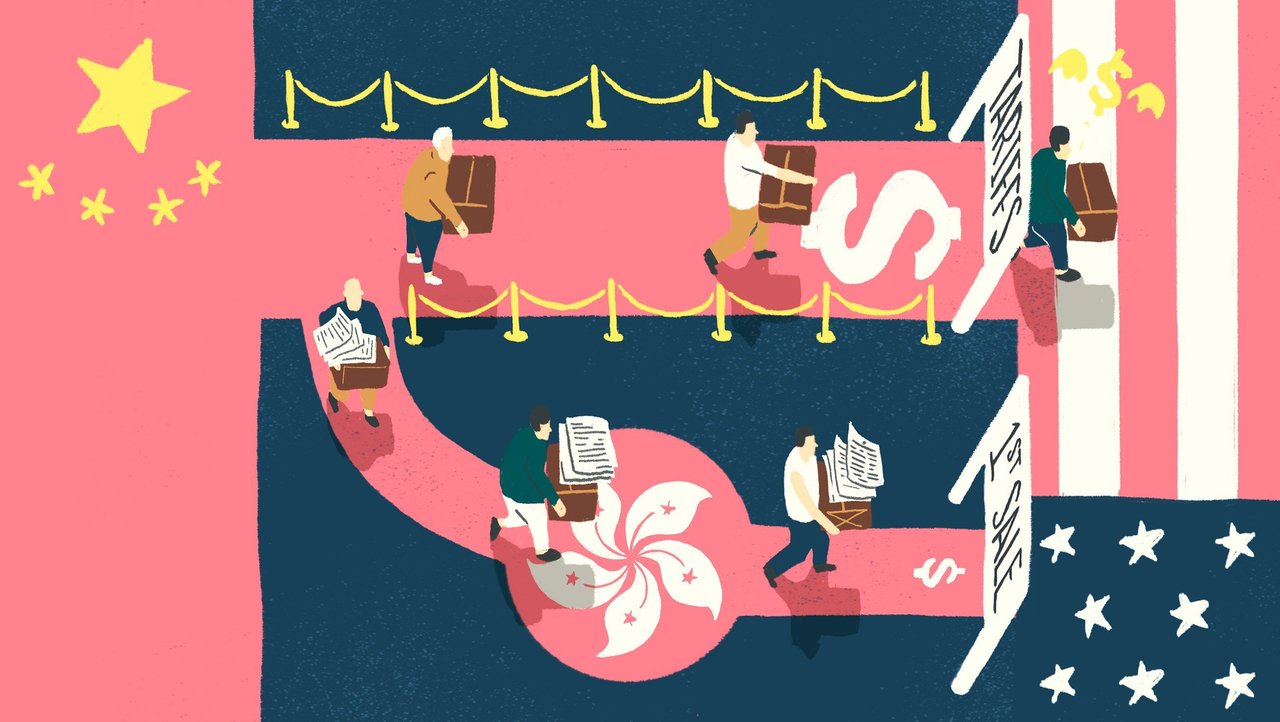 The Hong Kong government said Thursday that it “strongly objects to and deplores the U.S.' action, which is widely seen as a move to create troubles in China-U.S. relationship, using Hong Kong as a pawn."
Hong Kong hit back at the U.S. by issuing a “severe reprimand” for its unilateral decision to withdraw from three bilateral agreements with the city.

The Hong Kong government said Thursday that it “strongly objects to and deplores the U.S.' action, which is widely seen as a move to create troubles in China-U.S. relationship, using Hong Kong as a pawn."

The unilateral decision was said to reflect the Trump administration’s disrespect for bilateralism and multilateralism, and should be condemned by the international community, a spokesman said.

Earlier, the U.S. State Department said it had notified Hong Kong’s government that it would suspend or terminate agreements covering the surrender of fugitive offenders, the transfer of sentenced persons, and reciprocal tax exemptions on shipping income.

Hong Kong government contends that the suspensions will actually cause more harm to the U.S. than its intended target. Since the extradition agreement was signed with the U.S. in 1998, a total of 69 fugitives were sent to America, whereas only 23 fugitives were transferred in the opposite direction. And by ending the tax agreement, U.S. shipping companies will become subject to paying taxes in both Hong Kong and the U.S.

U.S. State Department spokeswoman Morgan Ortagus said the agency was implementing Donald Trump’s executive order to end preferential treatment for Hong Kong over the recent imposition of a national security law that has since been used to target pro-democracy activists.

“These steps underscore our deep concern regarding Beijing’s decision to impose the National Security Law, which has crushed the freedoms of the people of Hong Kong,” she added.

President Trump said on July 14 that he had signed legislation and an executive order that gave him powerful new tools to hold “China accountable for its oppressive actions against the people of Hong Kong,” when it imposed the new law on the city.

Beijing adopted the security law in response to last year’s protests that paralyzed the city at times. Ironically, those protests stemmed from the government’s plan to adopt a legislation that would allow extraditions to mainland China.

But since the security bill came into effect, Hong Kong has already seen the termination or suspension of extradition agreements with Australia, Canada, France, Germany and the U.K.
#Donald Trump
Add Comment