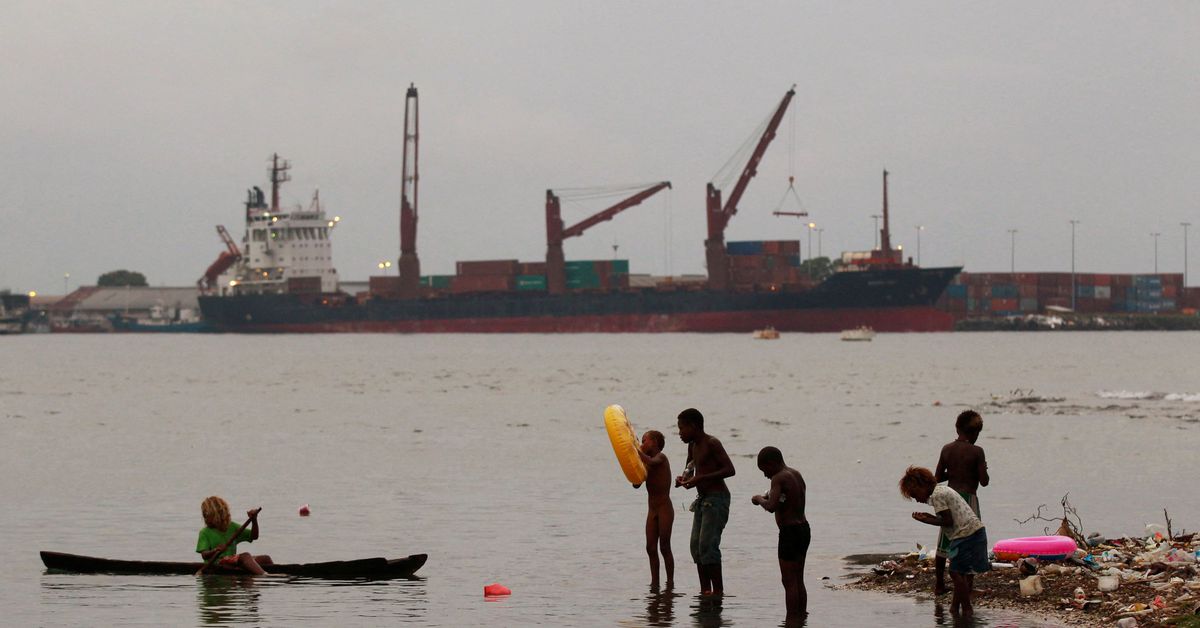 China said on Tuesday it had signed a security pact with the Solomon Islands, a move set to heighten the concerns of the United States and allies Australia and New Zealand about growing Chinese influence in a region traditionally under their sway.

However, Solomon Islands officials had earlier appeared to suggest no agreement had yet been signed.

Douglas Ete, chairman of parliament's public accounts committee, had told fellow lawmakers that Chinese officials would arrive in mid-May to sign cooperation pacts. Prime Minister Manasseh Sogavare told parliament that a proposed security agreement would not include a Chinese military base.
Ete said the agreements

would increase cooperation on trade, education and fisheries, but that he also opposed the idea of allowing China to establish a military base.

In Washington, the White House, which is sending a high-level U.S. delegation to the Solomons' capital Honiara this week, said it was concerned about "the lack of transparency and unspecified nature" of the pact.

Australian officials said China appeared to want to pre-empt the arrival of the U.S. delegation in Honiara, which the White House said would discuss concerns about China, as well as the reopening of a U.S. embassy.

Chinese foreign ministry spokesperson Wang Wenbin said the framework pact had been signed recently by State Councilor Wang Yi and Solomon Islands Foreign Minister Jeremiah Manele. He did not detail where or when the signing took place.

Canberra is concerned that the pact could be a step towards a Chinese military presence less than 2,000 km (1,200 miles) from Australia's shores.

Foreign Minister Marise Payne said Australia was "deeply disappointed" and continued to seek details of the terms of the agreement, noting that the signing had been announced by China.

She also expressed concern about lack of transparency and said the pact had the "potential to undermine stability in our region."

Solomon Islands officials had previously initialed a security pact with the Chinese Embassy that would allow Chinese police to protect infrastructure and social order, but ministers had not yet signed it.

Last week, Zed Seselja, Australia's minister for international development and the Pacific, visited Honiara to ask Sogavare not to sign.

Greg Poling, an Asia maritime security expert at Washington's Center for Strategic and International Studies, said it was still not clear whether an agreement had been finalized.

"So the U.S. delegation, as with the recent Australian delegation that visited, are trying to convince the Solomons’ government to reverse course if possible, or at least to clarify the details and plans for implementation if not," he said.

"The language leaked last week is quite vague and so there’s plenty of room to mitigate damage by narrowing how it will be implemented."

A leaked memo surfaced on social media last week showing that Beijing had told the Solomon Islands in December it wanted to send a team of 10 Chinese police with weapons including a sniper rifle and machine guns as well as listening devices to protect embassy staff in the wake of riots in Honiara.

A separate leaked draft of a security pact included provisions for Chinese police to protect companies and infrastructure, and for Chinese naval vessels to replenish in Honiara.

"Deliberate attempts to inflate tensions and mobilize rival camps are also doomed to fail," he said.